Kawah Buku > Religion and Society > Purification of the Heart: Signs, Symptoms and Cures of the Spiritual Diseases of the Heart (eBook) 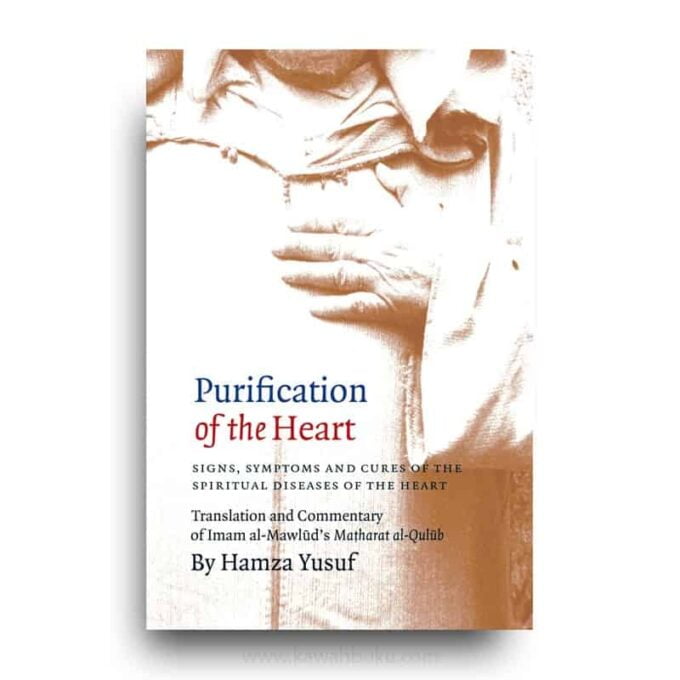 Hamza Yusuf is an American Islamic scholar, and is co-founder of Zaytuna College. He is a proponent of classical learning in Islam and has promoted Islamic sciences and classical teaching methodologies throughout the world.

Purification of the Heart: Signs, Symptoms and Cures of the Spiritual Diseases of the Heart is an exploration of Islamic spirituality that delves into the psychological diseases and cures of the heart. Diseases examined include miserliness, envy, hatred, treachery, rancour, malice, ostentation, arrogance, covetousness, lust, and other afflictions that assail people and often control them. The causes and practical cures of these diseases are discussed, offering a penetrating glimpse into how Islam deals with spiritual and psychological problems and demonstrating how all people can benefit from these teachings.

Many in the West have long proffered that the brain is the center of consciousness. But in traditional Islamic thought—as in other traditions—the heart is viewed as the center of our being. The Quran, for example, speaks of wayward people who have hearts with which they do not understand (7:179). Also the Quran mentions people who mocked the prophet and were entirely insincere in listening to his message, so God placed over their hearts a covering that they may not understand it and in their ears [He placed] acute deafness (6:25). Their inability to understand is a deviation from the spiritual function of a sound heart, just as their ears have been afflicted with a spiritual deafness. So we understand from this that the center of the intellect, the center of human consciousness and conscience, is actually the heart and not the brain. Only recently have we discovered that there are over 40,000 neurons in the heart. In other words, there are cells in the heart that are communicating with the brain. While the brain sends messages to the heart, the heart also sends messages to the brain.

Two physiologists in the 1970s, John and Beatrice Lacey, conducted a study and found that the brain sent messages to the heart, but that the heart did not automatically obey the messages. Sometimes the heart sped up, while at other times it slowed down, indicating that the heart itself has its own type of intelligence. The brain receives signals from the heart though the brain’s amygdala, thalamus, and cortex. The amygdala relates to emotions, while the cortex or the neocortex relates to learning and reasoning. Although this interaction is something that is not fully understood from a physiological point of view, we do know that the heart is an extremely sophisticated organ with secrets still veiled from us.