Kawah Buku > History > Social and Cultural > Qur’an and Cricket: Travels Through the Madrasahs of Asia and Other Stories
Out of stock 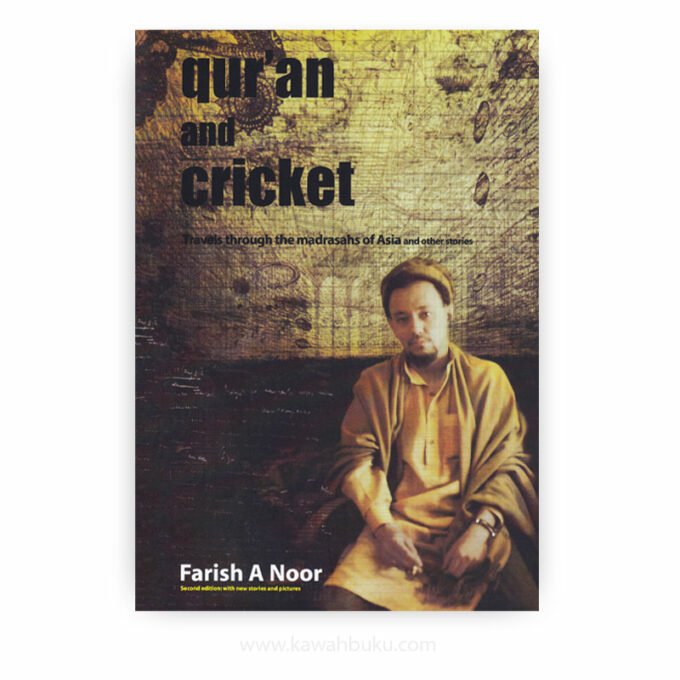 Qur’an and Cricket: Travels Through the Madrasahs of Asia and Other Stories

Qur’an and Cricket: Travels Through the Madrasahs of Asia and Other Stories is a travelogue by Farish A. Noor that spans the period from 2004 to early 2009. Versions of many of these pieces have appeared elsewhere before, but many have been completely rewritten. This is a book that only Farish A Noor will attempt and can write. He visits locations we would like to avoid even in our worst nightmares. Although he writes with his sense of humour firmly in place throughout, that does not obscure the seriousness of the subject. Farish A Noor, academic, activist, traveller extraordinaire, visits, lives and interviews students (and others) in ‘jihad factory’ madrasahs (Islamic seminaries) from Patani to Pakistan and from Kashmir to Cairo, and comes away dazed and confused. In attempting to make sense of it all, he ends up confronting his own demons and nightmares.

The Long Road to the Present

The Battle of Light and Darkness

Qur’an and Cricket: Touring the Madrasahs of Pakistan

Reign of the Kalashnikov

The Last Days of Empire

Santri: Another Look at the Pesantren al-Mukmin

The Merchant of Memories

In the Land of the Living Shadows

In the Shadow of Ataturk

A Dialogue in Hell

Another Country, Another Election

That Quaint Little War Up North