Kawah Buku > History > Malaysia > Red Star Over Malaya: Resistance and Social Conflict During and After the Japanese Occupation, 1941-46
Out of stock 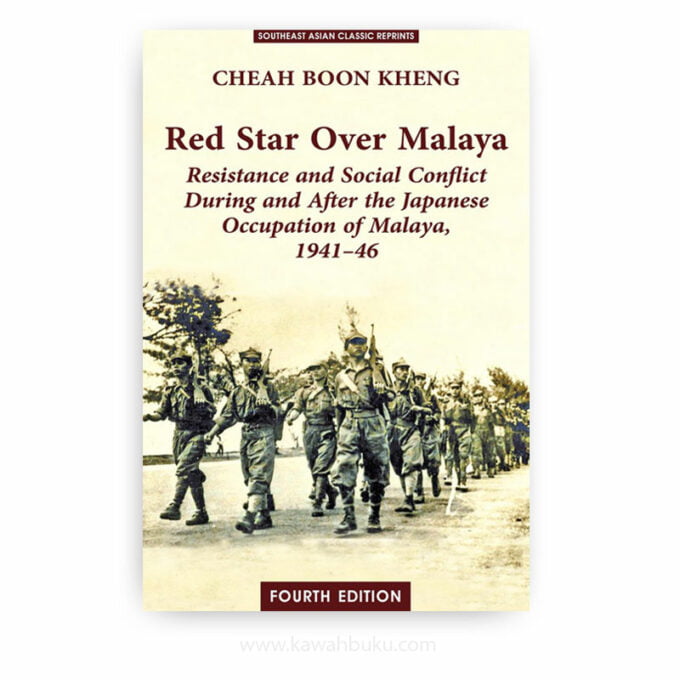 Red Star Over Malaya: Resistance and Social Conflict During and After the Japanese Occupation, 1941-46

Red Star Over Malaya: Resistance and Social Conflict During and After the Japanese Occupation, 1941-46 is an account of the inter-racial relations between Malays and Chinese during the final stages of the Japanese occupation. In 1947, none of the three major race of Malaya—Malays, Chinese, and Indians—regarded themselves as pan-ethnic “Malayans” with common duties and problems. When the occupation forcibly cut them off from China, Chinese residents began to look inwards towards Malaya and stake political claims, leading inevitably to a political contest with the Malays. As the country advanced towards nationhood and self-government, there was tension between traditional loyalties to the Malay rulers and the states, or to ancestral homelands elsewhere, and the need to cultivate an enduring loyalty to Malaya on the part of those who would make their home there in future.

From the hardships of the slump of 1932 to the restoration of civil government in Malaya in 1946, the Malay, Chinese and Indian communities became increasingly restive under foreign control, which had failed in its economic and then military performance. But internal divisions, as much as inter-communal rivalry, precluded effective demands for independence. At different periods relations with Indonesia, China and India were distractions. A recent study has demonstrated how much Britain underestimated its problems in the region.

The Japanese, more aware of Asian aspirations, tried to harness Malay radicalism to their chariot but soon disappointed and alienated both this element of Malay leadership and the traditional ruling class. Events in China made them generally hostile to the Chinese, and in the Malayan Communist Party, they encountered the only effective resistance to their rule, though the duplicity of the MCP leader, Lai Tek, often led his party astray. Japanese use of Malay police and auxiliaries against Chinese fighters greatly exacerbated communal hostility. Oppression did not bring together the communist guerrillas, the KMT forces and the general body of Chinese, which remained at odds. The Indian National Army was another project that failed.

When Japan surrendered to the allies in August 1945, its forces in Malaya simply withdrew to the larger towns. Logistical problems and American policy delayed the arrival of the British main force until September. British liaison officers (Force 136) on the ground had only limited influence over Chinese guerrillas with old scores to settle with Malays. This interregnum saw savage reprisals, both Malay and Chinese, and almost civil war in western Johor. Thereafter the British Military Administration struggled to control an explosive situation, and the announcement of the Malayan Union constitution for restored civil government alienated all classes of the Malay community.

Red Star Over Malaya is in a sense a prelude to the author’s more recent study of how this chaotic situation brought home to leaders of all communities that they must come to a compromise—’the historic bargain’. Thus the Japanese occupation was ‘a crucial turning point in Malaya’s nation-building history’. It is, as he claims, a remarkably objective work, and includes many sensitive perceptions, for instance of the religious element in Malay aggression.

PART I: THE ROOTS OF THE CONFLICT

1. Malaya’s Plural Society in 1941
2. The Social Impact of the Japanese Occupation of Malaya, 1942-5
3. The MCP and the Anti-Japanese Movement
4. The Malay Independence Movement

5. The Post-Surrender Interregnum: Breakdown of Law and Order
6. The MPAJA Guerrillas Takeover
7. Outbreak of Violence and Reign of Terror
8. The Malay/MCP/Chinese Conflict
9. Conflict between the Communists and the BMA
10. The Malay-British Conflict
11. Conclusion