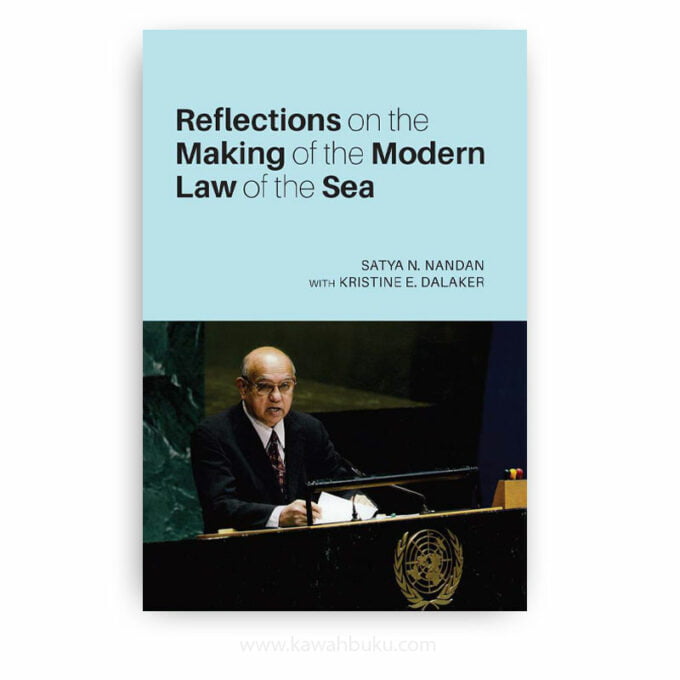 Reflections on the Making of the Modern Law of the Sea

SATYA NANDAN was a Fijian diplomat and lawyer who specialised in the law of the sea. He served three consecutive terms as the Secretary-General of the International Seabed Authority.

KRISTINE E. DALAKER is a Research Fellow at the Norwegian Centre for the Law of the Sea in Tromsø, Norway, where she focuses on ocean governance issues.

Reflections on the Making of the Modern Law of the Sea elaborates on the techniques and skills which Satya Nandan brought to bear on the task to develop and adopted the United Nations Convention on the Law of the Sea (UNCLOS), the alliances he formed with colleagues from different countries and the strategies that worked in this complex, multi-dimensional negotiation.

UNCLOS is one of the most successful agreements to govern the global commons. If it is a constitution for the oceans, Satya Nandan is one of the founders: one of the few key personalities behind the agreement, and the subsequent development of the law of the sea in the decades since UNCLOS was adopted. He led the drafting of the key negotiating text, most of which made its way, unaltered, into the Convention’s final text. At a time when the stakes involved in managing the global commons could not be higher, Nandan’s experience and wisdom could not be more relevant and important.

How did a lawyer from the Pacific nation of Fiji come to play such a pivotal role in this important area of diplomacy and international law? Armed with his trademark pencil, Nandan used his creativity, pragmatism and penchant for language to reach compromise and build consensus at nearly every stage in the making of the modern law of the sea.

Chapter IV: Achieving Universal Acceptance: Part XI Implementation Agreement
— Setting the Stage for the Informal Consultations
— Initiating the Informal Consultations to Negotiate the Part XI Implementation Agreement
— Establishing the International Seabed Authority
— Reflections on Part XI and Its Place in the Management of Ocean Resources and the Preservation of the Marine Environment