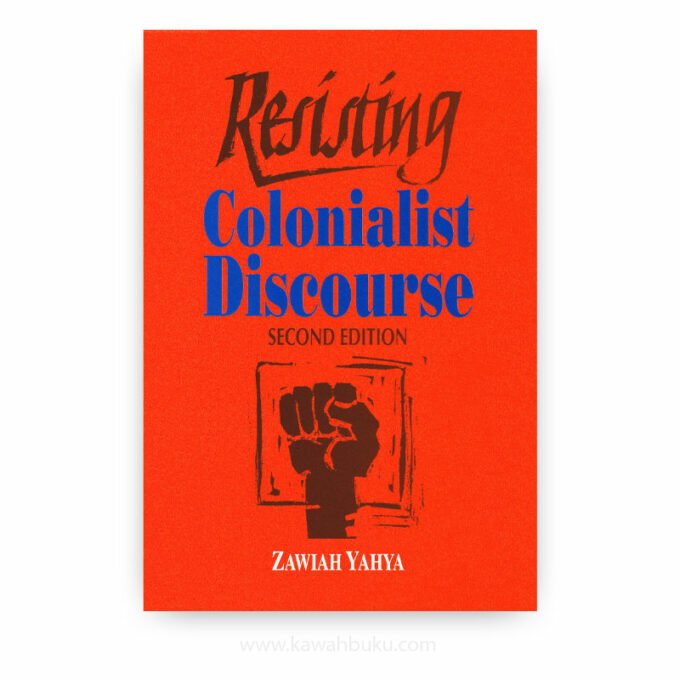 ZAWIAH YAHYA was Professor of Critical Theory and Postcolonial Studies in the School of Language Studies and Linguistics, Universiti Kebangsaan Malaysia before her retirement in 2004.

Resisting Colonialist Discourse concentrating on the analysis of literary texts representative of British colonialist constructions of Malaysia in the early (1890s), mid (1920s) and late (1950s) periods of British rule. This focus is appropriate to its thesis that specific and diverse “native” readings of colonialist writings are both valid and desirable—the supposed universal meaning attributed traditionally to such texts by eurocentric literary criticism is shown to be deeply implicated in the whole project of justifying imperial control.

Literary discourse is a great seducer and as thinking readers, we must willfully resist this seduction. It is only when we willfully resist the charms of discourse that we are engaged in real criticism, analysis and thought. To decide not to resist is to decide to give up our rights as a reader and to abandon intellectual responsibility.

We are here concerned about reading as an intellectual exercise in the academy, not as something you do for pleasure or entertainment while having your hair done, or waiting to see the doctor. That kind of reading has its legitimate place in the general scheme of things but not in the limited scheme of the present project. Even so, while it may be true that literature belongs to the people in the street, the study of literature belongs largely to students and teachers of literature in educational institutions. We are therefore talking of critical reading as the ultimate goal when reason should be used to resist those impulses that usually go under the fancy names of “imagination”, “intuition” and “feelings”. It is the kind of reading that undoes a text by questioning the very premises and assumptions of its utterance.

That is the final quest. It has to start somewhere in the psyche of the reader. The plan is to start by raising awareness of textual seduction by putting up the process for scrutiny to show how textual structures exploit our vulnerability and capture us in a moment of collusion and coercion. We have to accept the fact we are all vulnerable creatures who are constantly exposed and subjected to the lures and snares of advertising, ideological propaganda and gender/class/ethnic prescriptions. The strategy is simple: if the readers could be made aware that they have been had, they would be in a better position to decide whether to give in or to resist; and if they could be convinced of the necessity for resistance, they would be persuaded to internalise it as a way of thinking and reading.

Resistance is necessary because the pen is mightier than the sword for those who can read. One of the dangers of a seductive discourse is that we unquestioningly and readily submit to its charm and become believers without realising it. Discourse has the power to convert mere assertions into “truths” and “knowledge” if it is backed by the discipline or institution that sanctions its utterance. In other words, “truth” or what passes as “truth” can be constructed.