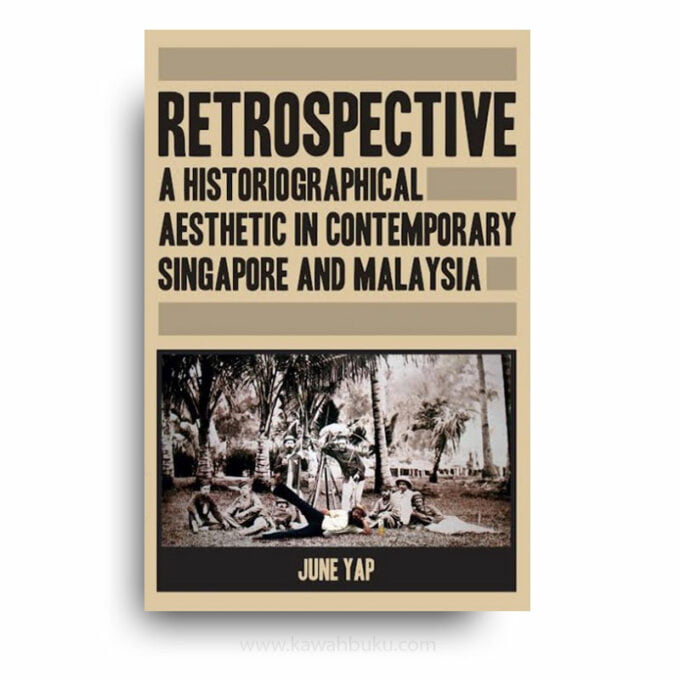 Retrospective: A Historiographical Aesthetic in Contemporary Singapore and Malaysia

JUNE YAP is a Singaporean curator, art critic, and writer. She is currently the Director of Curatorial, Collections, and Programmes at the Singapore Art Museum.

Retrospective: A Historiographical Aesthetic in Contemporary Singapore and Malaysia attempts to account for contemporary artworks that engage with history and as an exploratory study of artworks by artists of Singapore and Malaysia. These are artworks that reference past events or narratives, of the nation and its art. Through the examination of a selection of artworks produced between 1990 and 2012, Retrospective is both an attribution and an analysis of a historiographical aesthetic within contemporary art practice. It considers that, by their method and in their assembly, these artworks perform more than a representation of a historical past. Instead, they confront history and its production, laying bare the nature and designs of the historical project via their aesthetic project.

Positing an interdisciplinary approach as necessary for understanding the historiographical as aesthetic, Retrospective considers not only historical and aesthetic perspectives but also the philosophical, by way of ontology, in order to broaden its exposition beyond the convention of historical and contextual interpretation of art. Yet, in associating these artworks with a historiographical aesthetic, this exposition may be regarded as a historiographical exercise in itself, affirming the significance of these artworks for the history of Singapore and Malaysia.

In short, which history rarely is, Retrospective: A Historiographical Aesthetic in Contemporary Singapore and Malaysia is about the art of historicization and the historicization of art.

The discussion of these artworks and their narratives is presented within four sections in observation of three cardinal elements: art, history, and land (or history’s geography). These elements constitute the beachhead of the study. First, as aspects that are common across artworks and their histories, serving to orientate the artworks and histories in relation to each other; and second, in producing an interplay of co-representation, where art depicts history and land, history validates land and art, and the land is grounds for the two.

Of the four, the first section provides an introduction to the historiographical artwork and the histories referenced. This section details the background of artworks that are studied further downstream and introduces recurring historical elements and threads. The other sections explore in progression the means to profile the historiographical aspect of these artworks in three interpretative approaches: conventionally, as a presentation of historical content in evidence or testament; as an aesthetic—specifically poetic—operation for the production of lineage in a historical consciousness; and finally, as a historiographical aesthetic with purposeful and ontological ends of a philosophical nature.

Finally, given the loquaciousness of the historical narrative and the contemporary convention of the contextualization of artwork, the explication of these artworks and their histories is inevitable ‘thick’ in Geertz‘s sense: where it is less the rapid contraction of the eyelid of a wink than its public implication—in a ‘stratified hierarchy of meaningful structures’ which distinguishes between ‘twitches, winks, fake-winks, parodies, rehearsals of parodies’ in production, perception, and interpretation—that produces the significance of both artwork and the history it represents. In this close reading of art and its discourse, it is noted that whilst often ascribed to Geertz, the concept of the thick description is, in fact, an appropriation from Gilbert Ryle, and this observation set the course for a discussion marked by the volubleness of forebears.