Kawah Buku > Law Studies > Rights of the Indigenous Peoples in Peninsular Malaysia: Domestic and International Perspectives
Out of stock 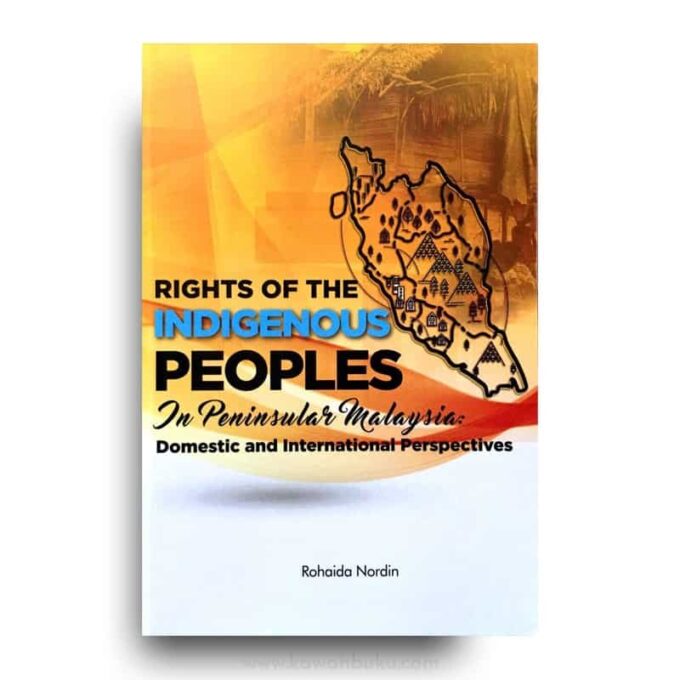 Rights of the Indigenous Peoples in Peninsular Malaysia: Domestic and International Perspectives

ROHAIDA NORDIN holds a PhD in Law ot Lancaster University, United Kingdom. She specializes in International Human Rights Law and the rights of indigenous peoples. She is currently serving at the Faculty of Law, Universiti Kebangsaan Malaysia as an associate professor. She is also the Head for postgraduate studies at the law faculty. She lectures on International Human Rights; and International Law and Indigenous Peoples for LLM program. She has completed many research projects on relevant human rights topics, including on the rights of the indigenous peoples in Malaysia.

The main proposition of Rights of the Indigenous Peoples in Peninsular Malaysia: Domestic and International Perspectives is that, human rights in general, and individual rights and freedoms of indigenous peoples in Malaysia will be protected or violated because of what exists or what is lacking in Malaysia and not because of what is said or done under the international human rights law.

Malaysia’s ability to effectively discharge its responsibilities in the area of human rights depends primarily on the strength at its domestic institutions, the judiciary, executive and legislature. Therefore, the protection of indigenous peoples’ rights in Malaysia can be said as a domestic issue and an assessment ol “domestication” of indigenous peoples’ rights in Malaysia, will therefore be the main proposition of this book.

Rights of the Indigenous Peoples in Peninsular Malaysia: Domestic and International Perspectives will also focus on the related rights to self-government at the indigenous peoples, in theory and in reality. Special attention is given to land right because land is vital for the survival of indigenous peoples and for their cultural and religious life. As Daes has said, “… land is a territory, an identity, a part of social organisation itself… it is impregnated with emotional, cultural, social, philosophical and religious values… land they often said is our Mother”.

The plight of indigenous peoples is gaining increasing international recognition in United Nations (UN) forums and strong support from human rights organizations. However, in Malaysia, there continues to be daily threats to their livelihoods, cultures, and territories with a persistent discriminatory pattern at the domestic level. The term “indigenous” instead of “native” is being used in this book as it is a term accepted by most states in which indigenous peoples live, indigenous peoples’ organisations and the competent organs and bodies of the United Nations system. The use of the word “peoples” and not “population” is consistent with the use of the word as a legal term in international practice. It has been used to designate a category of non-state groups holding particular international-law rights, most notably the rights of all peoples to self-determination.

The Orang Asli, the indigenous peoples of the peninsula were once independent and autonomous peoples, each with a unique culture and each living within their own traditional territory. Today, the Orang Asli are among the most marginalized in Malaysian society, with their development and enjoyment as peoples being dictated by the state. Because Malaysia is a federal state, “state” in this Book generally refers to both, federal government (Malaysia as a state) and state governments (of each state in Malaysia) unless specified otherwise.

Malaysia, through state agency, inherited the rules, regulations, and administration over the affairs of the Orang Asli from the former British colonial government alongside with some of the British ethos concerning native societies existing within a given colonial territory. One fundamental ethos of the colonial government was that the Orang Asli should be provisionally treated as children and protected accordingly until they were capable of taking care of themselves. This ethos continues in practice in the form of paternalistic approach of the government towards the Orang Asli.

The Orang Asli are facing a number of socio-legal issues relating to the exploitation of land and natural resources by state for developmental projects like timber logging, dam building, eco-tourism, and bioprospecting, activity that involves the access to biological resources and indigenous knowledge leading in drug discovery or other medicinal products. The Orang Asli normally live in areas of high biodiversity and are therefore directly affected by any laws, policies, or state actions in respect of land and natural resources exploitation.