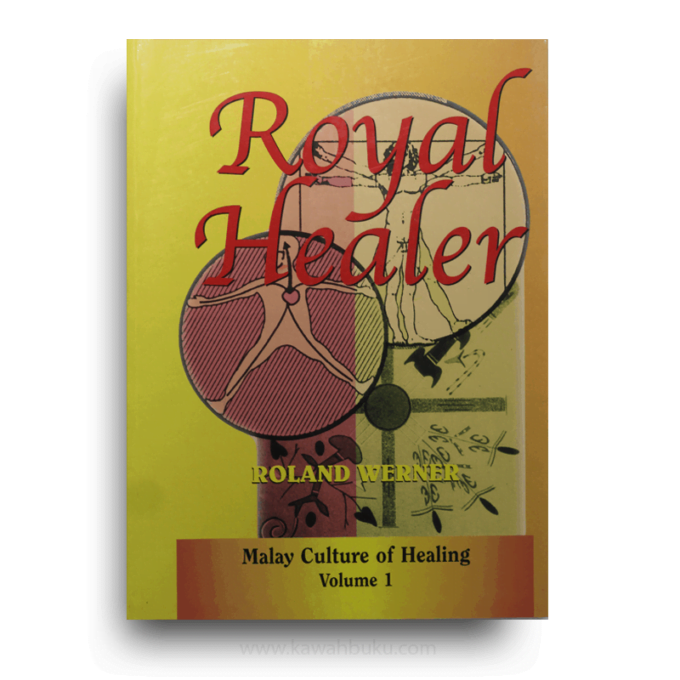 If you purchase this book you will earn 36-50 reward points!

Royal Healer: The Legacy of Nik Abdul Rahman bin Hj. Nik Dir of Kelantan deals with history in the sense that it has to do with a variety of beliefs, thoughts and concepts in the field of holistic healing passed from generation to generation over a period of many centuries. Thus aspects of Hinduism, Buddhism and Islam, as well as remnants of the paganistic world, are examined within their context of the relationship to healing as a whole under the local influences of different cultures.

Although Islam is at present the one and only religion of the Malaya within the Malay-speaking region, a look at history reveals a mixture of beliefs, thoughts and spiritually curative concepts operating at different times. This becomes quite evident in the following example of the procedures and the four incantations (jampi) employed by the healer.

According to the principles of healing, there is a dominance of good in the North and East. Good deities are invoked so that their help can be sought for healing.

There is a dominance of evil in the South and West. Evil/bad spirits are invoked to prevent them from causing havoc or disturbance. Illness/disease can be caused by any of the spirits. The good forces may also cause illness or disease as a form of punishment for an offender.

The healer is the medium who pleads with the spiritual/supernatural powers. Whichever spirit (good or bad) is responsible for the illness or disease is called upon to heal or cure it. The healer thus negotiates with both good and bad powers.

In 1967, when the author began to devote most of his spare time aside from his commitments as Head of Department in the Faculty of Medicine at the University of Malaya in Kuala Lumpur to the study of traditional healing in Malaysia, he had the great fortune to meet Nik Abdul Rahman Bin Hj. Nik Dir, the “Royal Healer” of Kelantan.

Over many years the author had the privilege of learning from this genial master a great deal about the various aspects of the complex body of knowledge and belief known as Southeast Asian Traditional Healing. They became so close that Nik Abdul Rahman imparted a portion of his knowledge to the author during his lifetime, enabling the author to make use of this information in his book on the Practices and Philosophies of the Traditional Malay Healer published in 1986 by the Department of Ethnology of the University of Berne, Switzerland. This work is a brief documentation of his thoughts, philosophies and concepts with regard to the “Whole Human” in Distress (Disharmony).

After his death, the author was able to obtain additional documents in his own handwriting, dating back to 1942 and 1943, which were kindly passed on to the author by his son and by the Terengganu State Museum.

That portion of this great healer’s legacy which is in the author possession will enable him to fulfil the promise that he made to Nik Abdul Rahman during his lifetime: to let the world know of the many ways in which he contributed to traditional healing in Malaysia.

He was an excellent herbalist, a highly qualified traditional practitioner, a philosopher, a very religious man and a Dalang. His expert knowledge of the Holy Qur’an as well as his profound understanding of the Ramayana and the Mahabharata and the philosophical concepts of holistic healing made a very deep impression upon me during our many talks about God and the world, about human suffering and about the many ways of overcoming “obstacles” to health (loss of harmony).

His profound knowledge of many subjects related to holistic healing as well as his earnest nature, his kindness and his vitality, still strikingly evident at the age of 70, provided the author with the strong inspiration to attempt to follow his unique example.

It is hoped that the publication of Royal Healer: The Legacy of Nik Abdul Rahman bin Hj. Nik Dir of Kelantan will contribute to a greater understanding of this outstanding traditional healer from Malaysia. It is one of the volumes in the series, “Culture of Healing in Malaysia / Preservation of Culture and Recording of Traditions”, which is introduced in 1991.