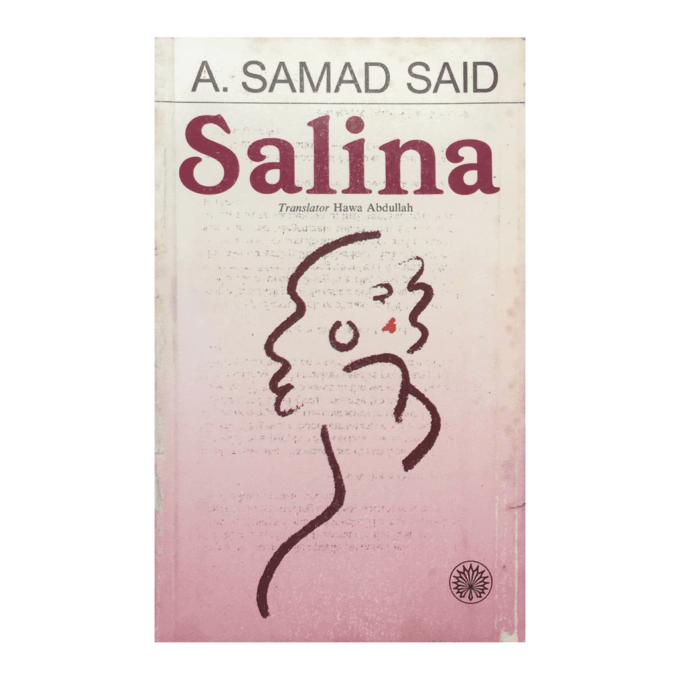 A novel about Salina who was driven by poverty to work as an escort in the 1950s setting of Singapore and Malaya. Set in the Kambing village, post-World War II Singapore where the Malay population faced poverty, the moral degradation and the fight for survival around the carnage aftermath from the war.

The book set around the aftermath of the war in a small village or a squatter settlement in Singapore. Despite the one name novel, “Salina”, it isn’t only about the character Salina. There was the man named Abdul Fakar who lived with Salina in somewhat scandalously as they’re not married and he being unemployed and lived purely on her living as an escort of sorts and also an abusive man. There’s also her neighbours Zarina who Salina often turn to guidance and Zarina’s grown children, Hilmi who Salina taken as a young brother and Nahidah who was forced to start a living as a waitress in a world full with lusty men trying to take advantage of the innocents. There’s also Sunarto who had an almost similar characterizations to Abdul Fakar. The Haji Karman who acted as the religious voice among the social depravities in the novel and often being seen as a one-dimensional hypocrite character who see the world as black and white.

One part a social drama and a part social commentary, one of the most interesting aspect of “Salina” that made it popular for more than half a century was that it transcend through times with its moral caricature on it’s characters. In a way, through the characters, readers could feel some form of realism and surprisingly, feminist elements.

The relationship between Salina and Abdul Fakar was more like a business proposition than out of necessity. From the start, it was obvious that as a sole breadwinner, Salina was free to let go of Abdul Fakar but she couldn’t for a reason known to her and that was what made the rest of the folks in Kampung Kambing view their relationship as unorthodox but not enough to condemn Salina with the way life had lead her to be as she is.