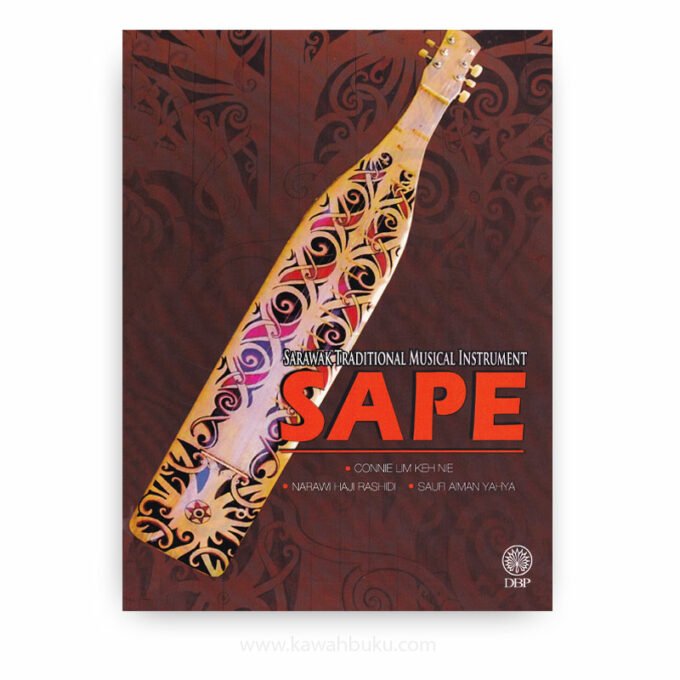 NARAWI HAJI RASHIDI is the Music Director and the Head of Heritage Resource Center in the Sarawak Cultural Village.

Sarawak Traditional Music Instrument: Sape analyze and disseminate information on the origins of the sape, its role in traditions, weddings, festivals, and daily life, as well as how a sape is made, playing techniques and finally the evolution of the sape until today. This book is filled with various photos of the sape making process, the design of traditional and contemporary sape, the motifs used, and the musical notation of the sape repertoire. This book also introduces the sape repertoire and the sape players and makers who have made their names globally and are locally well-known.

Sape is a plucked string instrument originating in Borneo and traditionally played by the Orang Ulu communities. The Orang Ulu (upriver people) consist of many tribes, especially the Kenyah, Kayan, Kelabit and Penan as well as others. Most of these them live in the interior, such as in the districts of Kapit, Bintulu, Miri, Limbang, Sarawak and Kalimantan, Indonesia. Currently, the sape is known all over the world and it is also used as a cultural icon to represent the state of Sarawak in Malaysia’s national tourism promotional media. Among the sape players who have successfully brought the sape to the international arena are the late Tusau Padan, Uchau Bilung, Mathew Ngav Jau, Jerry Kamit and Leslie Eli.

CHAPTER 1: SAPE AS A MUSICAL INSTRUMENT
The History of the Sape in the Oral Tradition
Historical Development of the Sape
The Anatomy of the Sape

CHAPTER 4: MOTIF AND DESIGN OF THE SAPE
Visual Symbol on the Sape
Traditional Colours

CHAPTER 5: SAPE TUNING METHOD
The Tuning of a Sape
The Placement of Frets on a Sape
Ways of Playing a Sape