Kawah Buku > Ecology and Environmental Sciences > Signs on the Earth: Islam, Modernity and the Climate Crisis 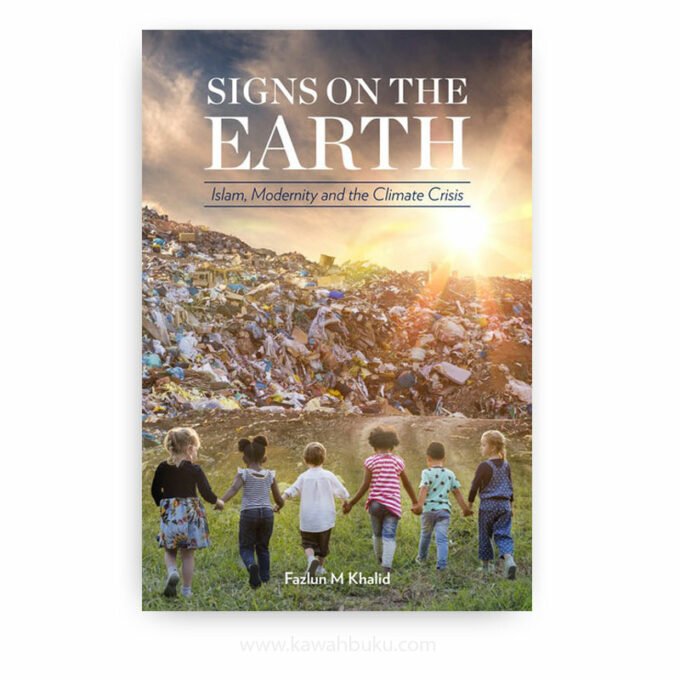 Signs on the Earth: Islam, Modernity and the Climate Crisis

FAZLUN KHALID has a worldwide reputation as an advocate of environmental protection rooted in religious traditions and is now recognised as one of fifteen leading eco-theologians in the world. He founded the Islamic Foundation for Ecology and Environmental Sciences (IFEES) which is now established as the world’s leading Islamic environmental NGO.

Signs on the Earth: Islam, Modernity and the Climate Crisis is a major study of environmentalism and Islam in practice and theory, with a historical overview that sets out future challenges, including reformulating the fiqh or Islamic legal tradition to take the ecological dimension seriously. In addressing this book to the one billion Muslims in the world it has the potential to reinvigorate the desire for environmental change in a community that is ignored at the peril of the planet. In arguing that modernity, consumerism and industrialisation need to be rethought, alongside an appeal to reconnect man and woman with creation in the divine order, this book has the potential to transform a generation.

In the same way that Naomi Klein‘s This Changes Everything presented the argument for environmental action in a Capitalist framework, Fazlun Khalid has written a book that demands action from those whose primary orientation is towards the Islamic faith. The author looks unflinchingly at how modernity imposes itself on the world, throwing traditional societies and ways of life into disarray. This unfolding disruption has corrupted the balance of the earth’s natural ecosystems while holding out illusory promises of ‘progress’.

Instead, he urges that such progress through industrialization, economic growth, and unsustainable addiction to consumerism desperately needs to be rethought. His radical reconsideration of prevailing models of ‘development’ draws inspiration from the realm of the sacred. He makes a special appeal to Muslims to reflect on their own particular responsibility in addressing the perils faced by the planet. Recognizing, however, that environmental concerns are a collective responsibility, the author calls on people of all faiths and none, to work together to leave future generations a planet on which they will not only survive but thrive.

Chapter 1 A House of Cards

Brains, black holes and the Enlightenment
— Knowledge overload
— Science to the fore

The Bridge
— The middle nation
— The sacred and the secular

A Disconnected People
— Are we culpable?
— A closed system
— A wake up call

The Pollution Boomerang
— The hole in the sky
— People, poison and plastic

Rape of the Forests
— Plantations and cash crops
— Carbon sink

The Progress Trap
— Lifestyle change
— Progress has a price

The Fantasy of Growth
— The ‘Holy Grail’
— Planetary overload

All the Time in the World
— Transactions
— Gifts or barter?
— Keeping accounts
— Trade evolves
— Enter the Greeks
— The Venetian connection

Chapter 5 Islam and The Natural World

Collapse
— The human epoch
— Heads in the sand

What Now?
— Connectedness
— Search for a better life
— Growth without limits?
— Capitalism: A debtocracy

Hope Springs Eternal
— The turning
— Working together
— The Islamic contribution