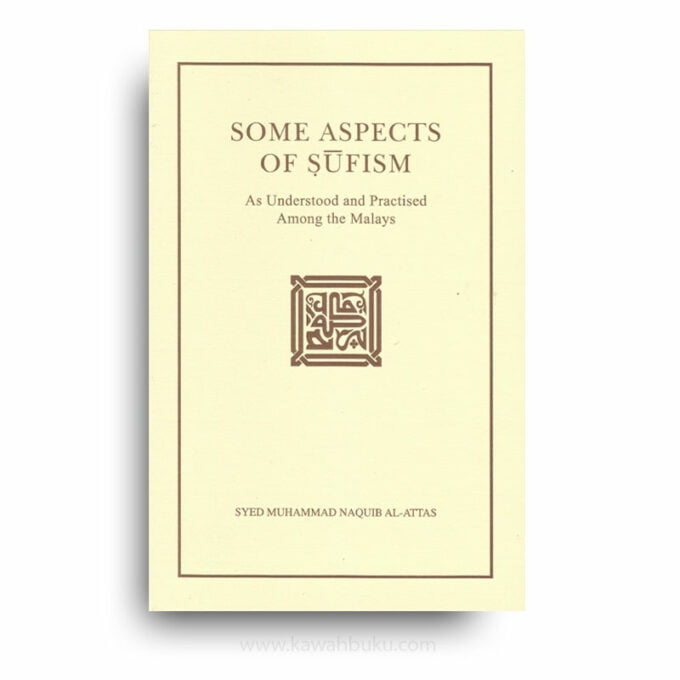 Some Aspects of Ṣūfism as Understood and Practised Among the Malays

The purpose of this analysis is primarily to introduce the subject of some aspects of Ṣūfism as understood and practised among the Malays. A subject of this nature, as far as Malaya and the Malays are concerned, has not been attempted before. By virtue of this fact, one cannot presume to present a comprehensive account that would include both the theoretical and the practical, the doctrinal and the ritual. It is hoped that this work will only be the beginning, and perhaps be regarded as the basis for future research on the subject. In this way, we can hope to understand better the implications, moral, social, and political, of the impact of Sufism upon Malaya and the Malays.

By “Malaya” is meant the Federation of Malaya including the State of Singapore. This study concerns some aspects of Ṣūfism as understood and practised among the Malays, which means that the study is not restricted to the understanding and practice of Ṣūfism among a particular section of the Malays; but is applicable to the Malays of Malaya in general, for both aspects of Sufism are understood and practised without distinction — as they are identical throughout as regards each Ṭarīqah (Ṣūfi Order). Most of the examples that are given and the research that has been undertaken are, however, based upon experiences and studies concentrated mainly, though not entirely, in the State of Johore.

Ṣūfism in its entirety is both a philosophy and a mysticism. Theoretical and practical, doctrinal and ritual Sufism are never separated from one another — in fact there is no ‘other’ — as both these aspects form an indivisible unit. As such, no study of Ṣūfism, viewed from the standpoint of one aspect is adequate even to serve the purpose of a study such as the one that is attempted. In the light of this, the foregoing has for the purposes of exposition only, been divided into three separate parts which parts must indeed form a configuration of the whole. In the first part a brief picture is presented, in historical as well as doctrinal perspective, of the origin, spread, development and culmination of Ṣūfism in Islām, with as concise an explanation as possible, concerning the central core of the Ṣūfi doctrines which is the doctrine of the Unity of Existence (waḥdatu’l wujūd), based upon that of the Unity of God (tawḥīd). The second part is a brief account, based upon personal conclusions drawn

The purpose of this analysis is primarily to introduce the from readings in Malay prose and poetical works of famous Malay mystics of the sixteenth and seventeenth centuries A.D., as they are likely to be the best representatives of theoretical and doctrinal Sufism among the Malays. A considerable portion of the second part (Chapter IV) is given to an account of the Safi Orders in general and the ones existing in Malaya in particular. The third part deals mainly with the practical and ritual aspects of Ṣūfism based upon my findings in existing textbooks and literature on the particular subject and on personal experiences of the ceremonies and practices of the Ṭarīqahs and of their Shaykhs.

A. AN INTRODUCTION TO ṢŪFISM

I. The Etymology and Significance of the Term Ṣūfi and the Origin of Ṣūfism
II. An Outline of the Phase of Development in Ṣūfism

B. ṢŪFISM AS UNDERSTOOD AMONG THE MALAYS

C. ṢŪFISM AS PRACTISED AMONG THE MALAYS

Appendices
Bibliography
Arabic text of quotations from the Quran