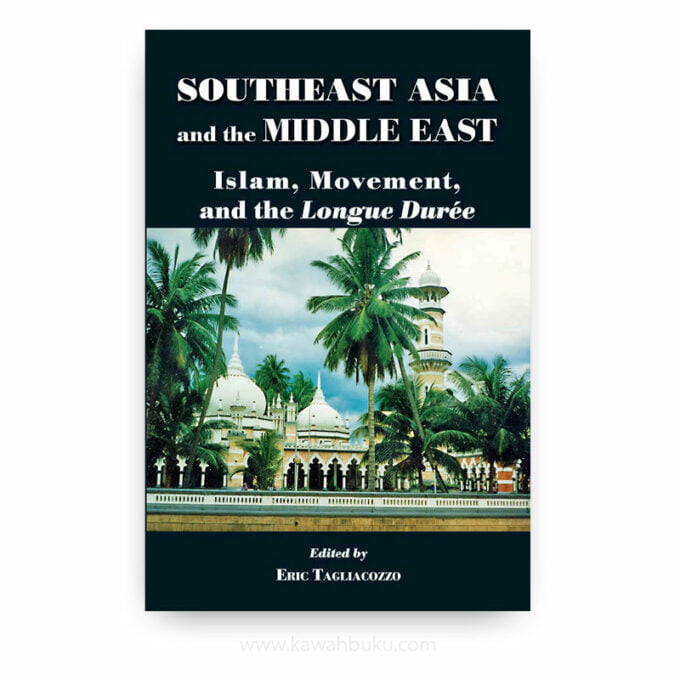 Southeast Asia and the Middle East: Islam, Movement and the Longue Durèe

Southeast Asia and the Middle East: Islam, Movement and the Longue Durèe explores the long-term nature of contact between Southeast Asia and the Middle East within the time frame for the study covers what the historian Fernand Braudel has called the temporal longue durée, which in this case is approximately 1,000 years. Southeast Asia has enjoyed a long historical connection with the neighboring cultures of China and India. Many studies have investigated the nature of these contacts, showing us the long religious tendrils that brought Buddhism and Hinduism to classical Southeast Asia, as well as the vibrant commercial and diasporic avenues between China and the “lands beneath the winds.” Any well-stocked university library will have dozens, if not scores, of titles on each of these oceanic connections. Though the ties between Southeast Asia and the Middle East have also been extremely important in the past seven to eight centuries, there is a noticeable paucity of historiography on this particular trans-regional dialogue. This has become increasingly apparent in published studies of the historical period, but it is also true to a large degree in the contemporary world. Several good books exist on the Hadrami diaspora in the Indian Ocean. There are also several extant works on education, religion, and trade connections between the Hejaz and Southeast Asia. Nevertheless, we don’t yet have a volume on what the parameters of this long-distance dialogue between civilizations have meant over the centuries.

Islam is one of the two primary foci of this book. Islam came to Southeast Asia no later than the end of the 13th century, as traders from the Indian subcontinent touched down in northern Sumatra and quickly spread into the rest of the Indonesian Archipelago. By the early 16th century, almost a millennium after Muhammad spread his message
across the Arabian Peninsula, parts of the coasts of insular Southeast Asia were professing various degrees of devotion to Islam. These adherents eventually spread up the Malay Peninsula, into the southern islands of the Philippines, and even onto limited stretches of territory on the Southeast Asian mainland. Yet how did Middle Eastern variants of Islam catch hold in Southeast Asia? Were the messages and forms that came identical to the ones that left the Hejaz, or did they undergo a process of transvaluation along the way? What are some of the useful ways of looking at transmission as a cultural, political, and religious phenomenon?

The second focus of the book is movement itself—the very act of travel between the Middle East and Southeast Asia over time. How were these two culture areas connected during the formative centuries of contact? How did the colonial age change these connections? How are the two regions connected today? Have the means of civilizational dialogue changed, or are old forms still in operation? What are the mechanisms of communication between these two culture areas, and how have they evolved over time?

The present volume explores these questions and several interrelated sub-themes under the general rubric of Islam and movement, Southeast Asia and the Middle East. The idea of people in motion is one of these sub-themes, both for Hadramis (for instance) and for other actors who connected these two arenas. The bonds of religion itself are also important, both in their textual variants and as a matter of daily (or, in the case of the Hajj, seasonal) praxis. Education is also of great interest to the book, insofar as it was used as a linking tool between discrete geographical areas. Finally, culture and the Islamic public sphere are questioned, from the standpoint of both agency and transmission across trans-regional spaces. The volume investigates the long-term connections between Southeast Asia and the Middle East across all of these domains, both historically and in our own contemporary world. The essays in this volume deal with the above questions through a variety of windows.

3. The Hajj, Islam, and Power among the Bugis in Early Colonial Riau
– Timothy P. Barnard

4. The Origins and Contributions of Early Arabs in Malaya
– Mohammad Redzuan Othman

5. The Middle East Connection and Reform and Revival Movements among the Putihan in 19th-century Java
– M. C. Ricklefs

6. The Skeptic’s Eye: Snouck Hurgronje and the Politics of Pilgrimage from the Indies
– Eric Tagliacozzo

III. The First Half of the 20th Century

9. Topics and Queries for a History of Arab Families and Inheritance in Southeast Asia: Some Preliminary Thoughts
– Michael Gilsenan

10. From Golden Youth in Arabia to Business Leaders in Singapore: Instructions of a Hadrami Patriarch
– Ulrike Freitag

11. M. Asad Shahab: A Portrait of an Indonesian Hadrami Who Bridged the Two Worlds
– Mona Abaza