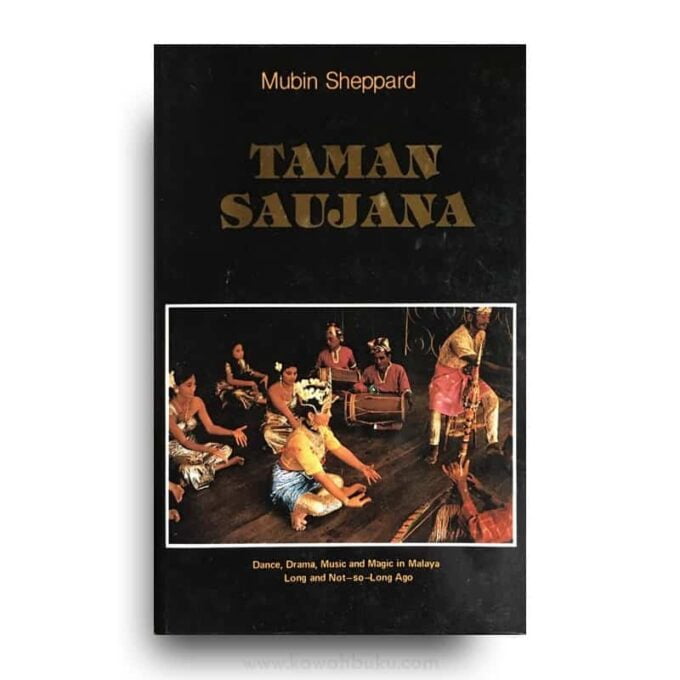 MUBIN SHEPPARD arrived in Malaya as a Cadet in the Malayan Civil Service, in 1928, and was still able to witness and admire the fading excellence of traditional arts under royal patronage, mainly on the East Coast. In the late fifties he was appointed the first post-war Director of Museum, and created the new National Museum in Kuala Lumpur from a bombed skeleton. In the middle sixties he was mainly responsible for the revival of the Joget dances and Gamelan orchestra in Trengganu, and of the Malay Dance Drama—’Ma’yong‘—in Kelantan. He has written fifteen books including Taman Indera, Living Crafts of Malaysia and The Memoirs of an Unorthodox Civil Servant. He has been honoured by His Majesty the Yang Di Pertuan Agong with the title of ‘Tan Sri’ and by Their Highnesses the Sultan of Selangor and the Yang Di Pertuan Besar Negeri Sembilan with the title of Dato.

Taman Saujana: Dance, Drama, Music and Magic in Malaya Long and Not-So-Long-Ago presents, in a form which readily digestible both by Malaysian and overseas visitors, a vision of the performing arts of long ago and an account of how some of them have survived to the present day. Discovering hidden treasure is an exciting experience. Sometimes it is found after a long and careful search; sometimes it comes to light by chance or accident. Treasure may be buried in the ground or it may be left forgotten in an old store room.

In twentieth century Malaysia perhaps the most unexpected discovery of ‘treasure’ was a collection of thirty-two dances and an orchestra consisting of seven different instruments. They had a history stretching back about two hundred years, covering territories as far distant as Trengganu, Pahang and the old Riau-Lingga sultanate, south-east of Singapore. The ‘treasure’ was found in Kuala Trengganu but it had its cultural home in Pekan, the royal capital of Pahang.

‘SAUJANA’ which appears in the title of this book, can mean as far as the eye can see—in the present. But the readers of this book need to look-figuratively-much further away, into the past, so that they can picture for themselves the actual conditions in which the performing arts flourished, which are described in these pages.

The principal patrons of these arts were the Malay rulers and major chiefs. They lived in spacious timber palaces with traditional roof forms and high ceilings, with doors and wall panels decorated with the finest wood carving. These patrons of the arts were also patrons of crafts, and the best weavers,gold and silver smiths and makers of weapons lived and worked in the outhouses which surrounded the palaces. The most talented and beautiful young actresses and dancers lived nearby and rehearsed daily.

The wealth which supported these luxuries was usually derived from external trade, over which the rulers and major chiefs held a monopoly. The peasants, who were mainly occupied with rice farming, lived outside the gates and timber walls which surrounded the palaces, and did not have an opportunity to watch any of these performing arts, but they gave an enthusiastic welcome to itinerant Shadow Play puppeteers and to visiting ‘Guru‘ who taught the Art of Self Defence—’Silat‘—the best of whom came from Indonesia.