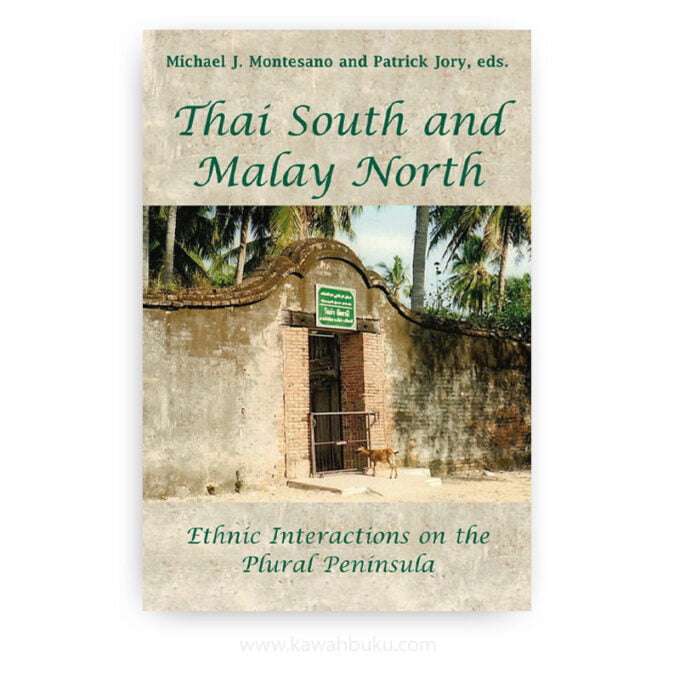 Patrick Jory is a Lecturer in the Regional Studies Programme of the Institute of Liberal Arts at Walailak University, Nakhon Si Thammarat, Thailand.

Michael J. Montesano is a Visiting Research Fellow at the Institute of Southeast Asian Studies in Singapore.

Thai South and Malay North: Ethnic Interactions on a Plural Peninsula brings together research by academic specialists working on this border zone who examine a broad range of issues relating to the turmoil afflicting the region. Drawing on a broad historical perspective, the authors explore religious observances and national identity, the relationship between electoral democracy and separatist violence, and interactions between northern Malaysia and southern Thailand.

Intellectually rigorous and theoretically sophisticated, Thai South and Malay North is the most comprehensive work to date on a part of Southeast Asia whose historical, linguistic, and political complexity has long defied scholarly synthesis—essential reading for anyone seeking to understand southern Thailand’s complex past and troubled present.

The portion of the Malay Peninsula where the Thai Buddhist civilization of Thailand gives way to the Malay Muslim civilization of Malaysia is characterized by multiple forms of pluralism. An appreciation of the long history and varied forms of that pluralism opens up fresh and important perspectives on the violent crisis currently affecting southern Thailand.

This volume is an important addition to the emerging work on a formerly neglected region of scholarship. Pluralism, as demonstrated in this book, has been the norm in this distinct region, but as the editors admit, the nature of the peninsula’s pluralism has changed, and the key question for continuing inquiry, conspicuously raised by the complex violence in Thailand’s Muslim-majority south, is the shape that sustainable coexistence and plurality might take in the face of disintegrative and homogenizing forces represented by the economy, ideologies and the state.

2. Historical Perceptions of Local Identity in the Upper Peninsula

3. Of a Lesser Brilliance: Patani Historiography in Contention

Part II The Peninsula in the Age of Nation-States

5. Elections and Political Integration in the Lower South of Thailand

6. National Identity, the “Sam-Sams” of Satun, and the Thai Malay Muslims

7. The Long March to Peace of the Malayan Communist Party in Southern Thailand

9. Chinese-Malay-Thai Interactions and the Making of Kelantan Peranakan Chinese Ethnicity

10. Capital, State, and Society in the History of Chinese-Sponsored Education in Trang

11. Pilgrimage and the Making of Ethnic Identities on a Plural Peninsula

12. Luang Pho Thuat and the Integration of Patani

13. The Mobility of Stories and the Expansive Spaces of Kelantanese Thai Religiosity