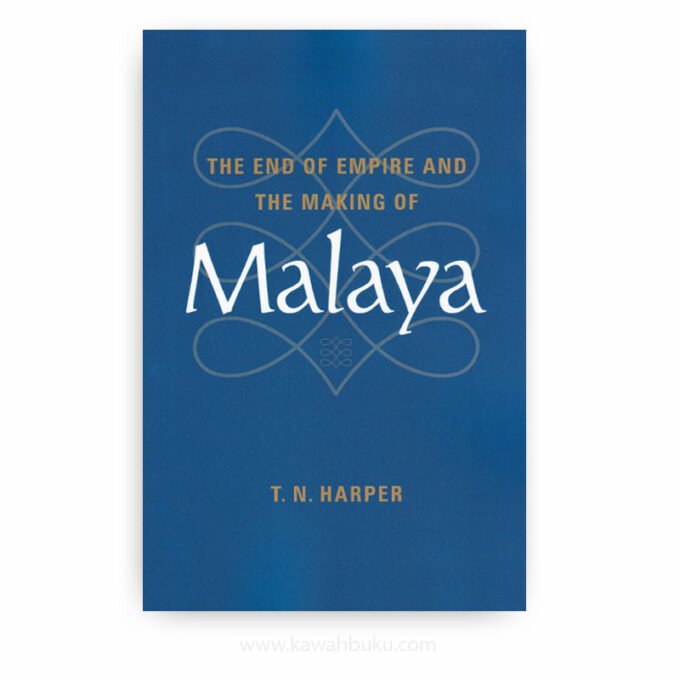 The End of Empire and the Making of Malaya

TIM HARPER is Professor of the History of Southeast Asia and Head, School of the Humanities and Social Sciences at University of Cambridge.

The End of Empire and the Making of Malaya contains new research on the impact of the Second World War in Malaya, the origins and course of the Communist Emergency, and the response of Malaya’s various ethnic communities to nationalism and social change. A concluding chapter takes these themes forward into the 1990s to shed new light on the emergence of this important Southeast Asian nation.

This is the fullest account yet of the last years of the British Empire in Malaya. It is based on the archival materials and private papers in Britain and Malaysia that have been open to the author and have taken into account all published literature in the relevant languages, some through translations preserved in the official records. Unlike most histories of the imperial end-game, it is not primarily concerned with the travails of decolonization, or with what the British were doing on the eve of departure. Instead, it pays more attention to the interplay of the locally ambitious as they prepare to inherit the newly independent state and also to the varied responses of Malaya’s multiracial population. What is even more remarkable, it is skillfully written to weave the hundreds of strands into a distinctive narrative.

After a thoughtful introduction about the complexities of writing such a history, the book opens with a short account of the idea of a Malay polity from its origins in the Melaka empire to British intervention in the Malay States during the nineteenth century, and then to the trials and experiments of a broader Malay identity during the period of the Japanese Occupation, 1941–1945. In the midst of dismay and hope for the three years and eight months of that Occupation, various groups of local and migrant Malays and other immigrant races had time to think about life without the British. This was long enough for them to project images of their future in the context of a much-changed Asian world, but not so long a time that they could have forgotten the feel of British protection and rule.

The End of Empire and the Making of Malaya is presented in nine chapters, but the historical narrative and analysis do not read easily. The author labours heavily with a thick description of a well-trodden and familiar background of the period from 1945 to 1957, much of which could have been abbreviated, and as a result, his interpretations and new research data do not appear as striking as they should. The most original chapters are Chapter 4,’Rural Society and Terror’, and Chapter 7,’The Politics of Culture’. In the former, Harper describes rural societies living in terror during the Emergency due to the acts of violence by Chinese rural estate workers and Malay villagers, which indirectly triggered the communist rebellion. The Emergency ‘scarred and remade the landscape itself, through massive and demographic change’.

In the latter, the author describes how the colonial attempts at inculcating an Anglophone ‘Malayan’ consciousness and national culture had failed due to the strong challenge of the Malay cultural movement ‘to reinvent the Malay language as the singular idiom of national life’, and at the same time colonial policy had imparted strategies to allow the latter to enforce their ‘own vision of the nation’.

Overall, this is a thorough and solid study in which the author displays a masterful command of the data, and successfully links the historical with the contemporary. It makes a valuable contribution to the studies of the Malayan Emergency and on the transfer of power from British rule to local hands.

1. ‘On the ruins of Melaka fort’
The momentum of the Malay world
‘A moral-forcing system’
The passing of the Somerset Maugham era
War and disorder
The generation of 1945

2. The Malayan spring
‘A new conception of empire’?
The rehabilitation of social life
Politics of health and welfare
New Democracy and the ‘1946 towkay’
A new dawn fades

3. The revolt on the periphery
The political economy of disruption
Conservation and confrontation
The sickle and the crescent moon
The syndicalist challenge
A revolution reconsidered

4. Rural society and terror
The official mind of counter-insurgency
The inner politics of terror
The domestication of the Malayan Chinese
A new geography of the peninsula
‘A rule of benevolence’

5. House of glass
The making of the modern Malaysian state
The colonial economy under duress
Labour and the new paternalism
The twilight of the colonial town
Civic life and the origins of a post-colonial bourgeoisie

6. The advent of the ‘Bumiputera’
The anatomy of poverty
Stagnation and diversification
Perceptions of development
‘Wake up and be active’
The experience of the Orang Asli

7. The politics of culture
The quest for the ‘Malayan’
A revolution in communications
Popular cultures in transition
Sarong culture, yellow culture
‘language is the soul of the nation’

8. Making citizens
Experiments in democracy
The crisis of Malayan politics
Voices of resurgent Islam
The path to the summit
The soul of independence

9. The colonial inheritance
The end of empire and the making of Malaya
‘They do not understand’
Realising independence
The end of ethnicity?
Authoritarianism and accountability