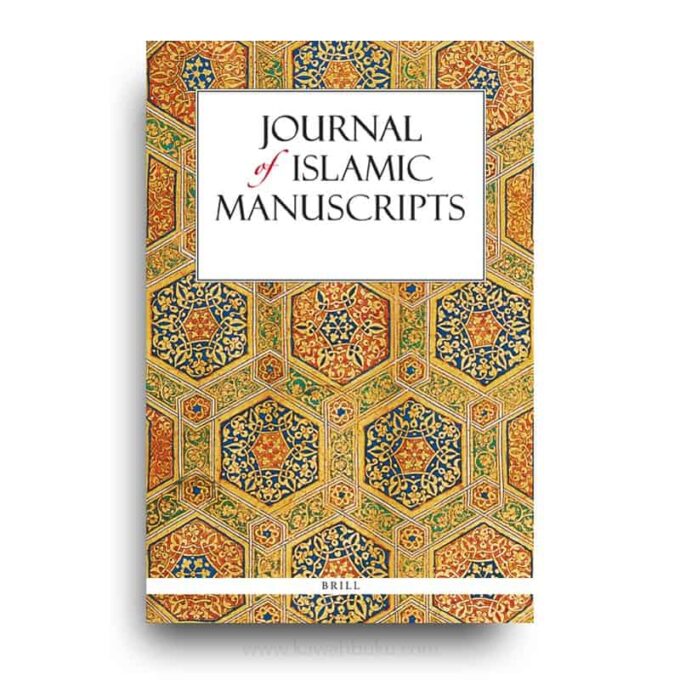 JAN JUST WITKAM is an emeritus-professor of Codicology and Paleography of the Islamic World, in the University of Leiden, Leiden, The Netherlands.

The Former ISTAC Library in Kuala Lumpur and Its Islamic Manuscripts first describes manuscript collections in the former ISTAC, the International Institute of Islamic Thought and Civilisation in Kuala Lumpur. These are mostly Middle-Eastern collections that were commercially acquired in the 1980s and 1990s. They have been described briefly in a number of catalogues that are little known outside the ISTAC. The present article also discusses some earlier provenances of the manuscripts.

A number of the ISTAC manuscripts have been described here in detail. Some of these are illustrated copies of the prayerbook Dalāʾil al-Khayrāt by al-Ǧazūlī from a variety of origins: the Maghrib, the Mashriq and India (one of which has a remarkable iconography), but the article also treats several other texts; more specifically, a collection of texts on the phenomenon of the Isnād, with a number of readers’ notes, Iǧāzāt and transmission certificates. A short note on an as yet little-known manuscript of Firdawsī’s Shāhnāma concludes these travel notes.

Here follow notes that the author wrote in March 2012, on his second visit to ISTAC, the International Institute of Islamic Thought and Civilisation, in Kuala Lumpur. Much has changed in recent years, however. ISTAC itself no longer seems to exist, and, if this understand correctly, its collections have been either physically or at least administratively incorporated into the Central Library of the International Islamic University of Malaysia (IIUM) in Kuala Lumpur. What used to be ISTAC has now been converted into the Center for Strategic Continuing Education and Training (IIUM Crescent). This new institute has nothing to do with the old ISTAC. That said, according to his sources, the ISTAC manuscripts and the library still seem to be in Crescent. Throughout the paper, the author describe ISTAC and its collections as he found and used them during his visit in 2012.

High on a hill in Taman Duta, Kuala Lumpur, Malaysia, with a commanding view over the surroundings, overlooking an affluent neighbourhood of villasset in lush gardens, stands a castle-like compound, built as if inspired by an Orientalist fairy tale. Visitors who know the Alhambra will immediately recognize one of the sources of inspiration of the spiritual architect and actual founder of this place, the International Institute of Islamic Thought and Civilization, or ISTAC as it is commonly known, which was established in 1987. In 1996, the author had the pleasure to visit ISTAC for the first time and to meet its founder, Prof. Syed Muhammad Naquib al-Attas (b. Bogor, 1931), a prominent Muslim intellectual in Malaysia. That was at ISTAC’s previous location at Damansara Heights.

In March 2012, the author visited ISTAC once more, now at its new location in Taman Duta. Prof. al-Attas in the meantime had left ISTAC and his place as dean and director of the Institute had been taken by Prof. Hassan Ahmad Ibrahim, originally from Sudan, who had been with ISTAC for many years. Since 2002, ISTAC has lost its independent status and has become a Kulliyyah, faculty or campus, in its own right within the organizational framework of the IIUM. That large institution has its headquarters on the campus at Gombak, north of the Kuala Lumpur City Centre.

In 2012, ISTAC had slightly over a hundred graduate students from many different countries, most of them interns living on the compound. They followed MA and PhD programmes, the teaching staff consisted of seven professors, with an administrative and technical staff of some fifteen persons. ISTAC was also a publishing house, with an impressive output on Islam related subjects, in English, Arabic and Persian. As is often the case, these books are not found in regular bookshops, but can only be purchased directly from the publisher. A colourful Bulletin was published at regular intervals. In 1996, Prof. al-Attas personally showed the author the rich collections of manuscripts and books that he had assembled over the years, and now he had returned, somewhat belatedly, to take a closer look at some of them.