Kawah Buku > History > Malaysia > The Indonesia-Malaysia Dispute Concerning Sovereignty over Sipadan and Ligitan Islands: Historical Antecedents and the International Court of Justice Judgment
Out of stock 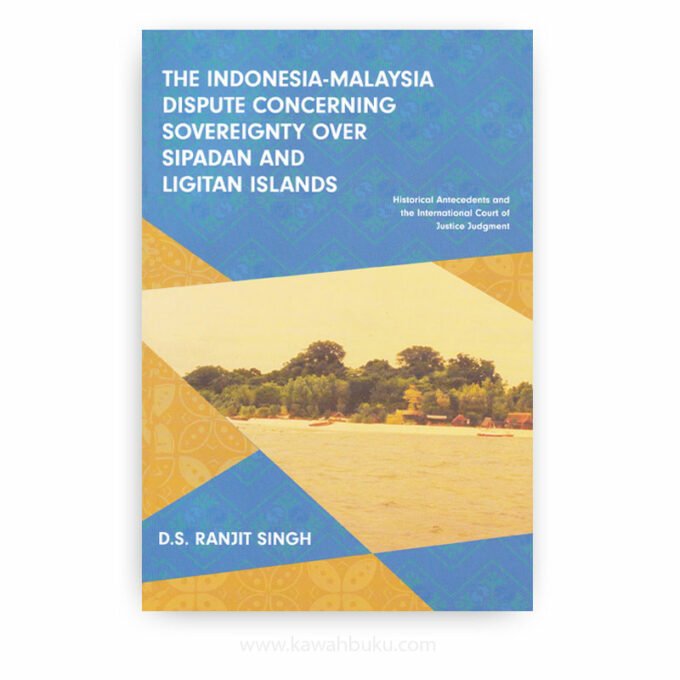 The Indonesia-Malaysia Dispute Concerning Sovereignty over Sipadan and Ligitan Islands: Historical Antecedents and the International Court of Justice Judgment

The result was that the territorial seas and EEZs of many nation-states overlapped, producing in their wake a trail of rival territorial claims and disputes. The dispute between Indonesia and Malaysia concerning sovereignty over the two islands of Sipadan and Ligitan, situated on the northeast coast of Borneo, was one such case that arose in 1969 while the two countries were in the midst of delimiting their continental shelf boundaries. Both countries advanced rival sovereignty claims over the two islands, but as the issue could not be resolved even after prolonged negotiations, the two countries decided in 1996 to place the case before the International Court of Justice (ICJ) for settlement.

The case was filed with the ICJ in 1998 and the verdict delivered in 2002. Malaysia’s case, and that of Indonesia as well, was fought by renowned international lawyers. However, long before the lawyers came into the picture, a great deal of meticulous, precise and laborious preparation for collecting, arranging and developing evidence for the case had already taken place. Although a number of agencies, representing different types of expertise, specializations and disciplines were involved in this massive task, there was one field and discipline which played an important role without which no country can have a case to present and without which no international lawyers would have a case to prepare; and this is the discipline of History.

The author can vouch for this statement as he was appointed as a team leader by the Malaysian Government to prepare the historical evidence for its case concerning sovereignty over the Sipadan and Ligitan Islands. While analysing the verdict of the ICJ in the Sipadan and Ligitan case and about that of Pulau Batu Puteh/Pedra Branca, it became evidently clear to me that the ICJ gives priority consideration to the possession of a legal title based on historical developments. Thus, for a country to successfully defend its claim over disputed territory, it must produce concrete historical evidence in support of its title. And here the author stated he cannot downplay the role of historians, their area of specialization, and the importance of rigorous and meticulous research.

It is about this realization concerning the importance of the historical setting, not only for the sake of building up an unassailable case but also for a comprehensive understanding of the issue at hand, that persuaded the author to develop a number of chapters in this work before even approaching the analysis pertaining to the bases of the claims advanced by the respective claimants and the ICJ’s verdict. As will be seen from Chapters 2 to 4 of this book, the story of disputed areas of control goes back to precolonial times. Although the Sipadan and Ligitan case was settled in 2002, this work has taken a long time to complete, partly due to the sheer volume of documents that had to be acquired and analysed before the narrative could be written.

The delay, however, has benefitted the author and enriched the volume in the sense that the Pulau Batu Puteh case was concluded in 2008 and this enabled the author to make more meaningful comparisons and generalizations between these two cases. A number of areas in Southeast Asia and East Asia, including the Straits of Malacca, the South China Sea, the Natuna Sea, the Celebes Sea, the Sulu Sea, and the East China Sea abound with contested maritime claims. It is the author’s ardent hope that this volume will serve, in some ways, as a guide for interested parties to understand the essential requirements for upholding a valid claim.

2. Historical Background: The Partitioning of the Malay Archipelago

3. The Resolution of Anglo-Spanish Claims and the Anglo-Dutch Boundary in North Borneo, 1878–1915

4. Delimitation of the North Borneo–Philippines Sea Boundary and the Transfer of Sovereignty over Certain Islands to North Borneo, 1903–30

5. The Emergence of Successor States to Colonial Regimes and the Phenomena of Expansionist Nationalisms in Maritime Southeast Asia

6. The Bases of Indonesia’s Claim

7. The Bases of Malaysia’s Claim

Bibliography
Index
About the Author