Kawah Buku > Archaeology, Art, and Architecture > The Kris: Mystic Weapon of the Malay World
Out of stock 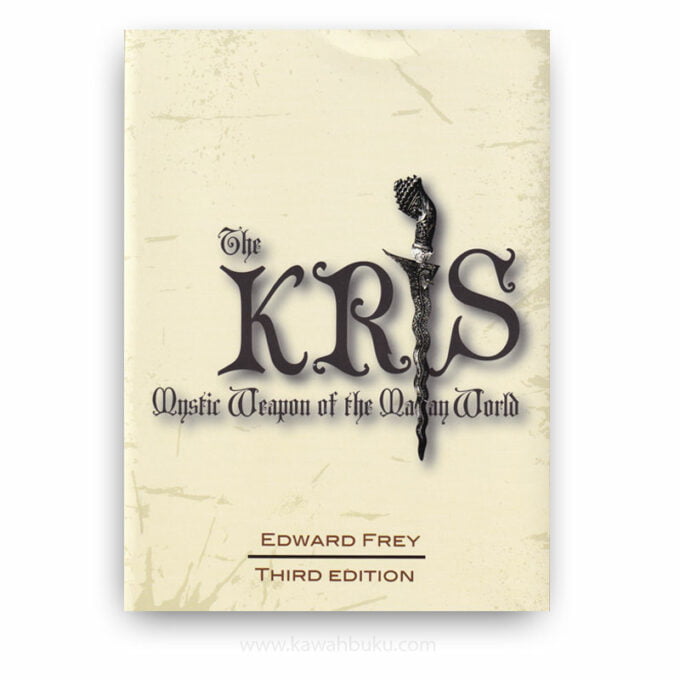 The Kris: Mystic Weapon of the Malay World

The Kris: Mystic Weapon of the Malay World examines various aspects of the mystery and the legend, discusses the probable origins and salient features, provides a detailed exposition of the craftmanship which goes into its manufacture and includes a chapter on the preservation of the kris. The essential facts about the kris have thus been brought together and explained, and a set of superb illustrations in black and white and colour illustrate the beauty of this intriguing weapon and the culture associated with it. In this third edition, the author has added a chapter on rare kris archives and included new colour and black and white illustrations.

In Central Java, at Surakarta, in the old sultans’ palace is an iron meteorite. There, in a garden by a pool under two mango trees, on the floor of a small, raised pavilion, lies the brownish lump is known as the Prambanan meteor (Plate 1). The meteorite, resembling a large, pitted rock about the breadth, of a man’s arm, was brought to the kraton (palace) in 1797. It had fallen some fifty years earlier at an ancient temple site twenty-seven miles from Surakarta, then the seat of government. The meteorite is regarded as holy; a few little pots of withering flowers testify to this. No one may touch it now; it is sacred, in a place of rest, and offerings of fruit and flowers are made to it.

It is part of a larger mass that signalled its violent arrival by bursting into two pieces at the end of its fiery journey near the temples of Prambanan some 200 years ago. One of the pieces, the smaller chunk, was brought to the kraton in 1784. There, the palace empu, master swordsmiths, forged a few weapons which they believed would possess magic or talismanic properties because of the celestial origin of the iron that was used. Some of these weapons, in dagger form known as ‘kris’, are still to be found in various museums. Others, long lost to record, are no doubt in private hands, owned by unsuspecting collectors.

There are other accounts of weapons being made from meteor iron, but none as revealing and verifiable as the history of the Prambanan meteor falls. In the study of the kris, a great part of which is concerned with magic and mysticism on one hand, and iron and metallurgy on the other, the Prambanan meteor seems to represent perfectly the combination of properties encountered in this unusual weapon.

There is an abundance of old literature concerning the kris written in English over the past two centuries, with ample counterparts in other languages. The scholarly collector soon discovers that the kris is no ordinary sword. Of course, it is a weapon with a blade of steel but was only rarely used in battle. Because of its lightness and an inherent weakness at the tang, the kris was seldom used in aggressive combat and certainly was not adequate in defence against heavier weapons.

Therefore, except for a few detailed descriptions by dedicated technical specialists devoted to the metallurgy of the blade, most writings on the kris bear on the magical and supernatural aspects of the weapon. Important sub-topics are the symbolism of the damascene designs forged into the blades; the talismanic virtue of these designs; deity and myth form derivations in the numerous styles of the hilt; traditional uses of the kris in ceremony and ritual, and the role of the kris in drama, particularly in plays of mythological origins. Almost never will one find writings on the proper use of the weapon in defence or attack.

The sum of all of this is that the kris, once widely wor as a deterrent to hostility, has become increasingly a cultural talisman. It is used in a symbolic and ritualistic way, thus assuring the wearer of proper status as a Malay, and in Java particularly, as a symbol of Javanese manhood. Thus, among all weapons, the kris is unique in that its principal function has long been that of cultural association rather than of an extension of the hand for doing harm to others.

1. The Kris and Its Origins

2. The Magic and the Power of the Kris

3. The Kris as Cultural Talisman

5. The Kris and Its Blade

6. The Sheath, Hilt and Fittings