Kawah Buku > History > Southeast Asia > The Loss of Java: The Final Battles for the Possession of Java Fought by Allied Air, Naval and Land Forces in the Period of 18 February – 7 March 1942
Out of stock 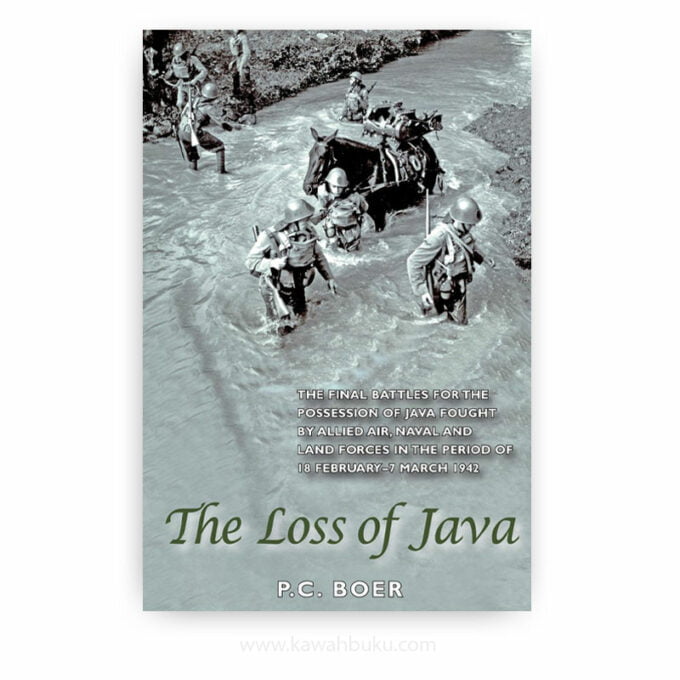 The Loss of Java: The Final Battles for the Possession of Java Fought by Allied Air, Naval and Land Forces in the Period of 18 February – 7 March 1942

PETER C. BOER was a President of the Corts Foundation and an Associate Professor at the Netherlands Defence Academy.

The Loss of Java explains in detail the air, sea and land battles between the Allied and Japanese armed forces during the battle for Java that followed the evacuation of southern Sumatra in February 1942. Little has been written about the allied air campaign, or about why Dutch forces fought just one major land battle with the Japanese, the Battle of the Tjiater Pass, in the later stages of the struggle. This book is a translation of Het Verlies Van Java: Een kwestie van Air Power. De eindstrijd om Nederlands-Indie van de geallieerde lucht-, zee- en landstrijdkrschten in de periode van 18 februari t/m 7 maart 1942 (Amsterdam: Bataafsche Leeuw BV for the Koninklijke Militaire Academie, 2006).

Peter .C. Boer considers whether the assessment of Major General Van Oyen that deploying the Allied air forces might prevent the Japanese invasion of Java was realistic, and whether reliance on airpower limited the capacity of land and naval forces to repel Japan’s advances. The generally accepted idea is that the Allies were ineffective in their fight against the Japanese invaders but in fact, the Japanese suffered serious losses. Boer’s study shows that Dutch strategy grew out of a carefully devised plan of defence and that the battle for Java comprised not one (the Battle of the Java Sea) but four major engagements. However, Japanese commanders at various levels consciously took steps that exposed their forces to great risk but succeeded in putting the Allies under great pressure. In the end, the Royal Netherlands East Indies Army (KNIL) and the allied forces capitulated on 8 March 1942.

The Loss of Java offers far more in the way of analysis of air strategy and overall results. In general, the Allied strategy—and in particular the strategy of van Oyen and the Dutch air commanders after 22 February—involved an attempt to delay the Japanese invasion of Java for as long as possible in the hope that British, Australian, and American reinforcements (such as USAAF air assets aboard the Langley and Sea Witch) could arrive and help defeat the Japanese. To that end, the air aspect of the Dutch plan involved undertaking specific missions—such as destroying Japanese stockpiles of aviation fuel—designed to prevent the enemy from gaining air superiority over Java. Without air superiority, so it was reckoned, the Imperial Japanese Navy would be unwilling to conduct an invasion because its transports and warships would remain threatened by Allied air power.

Delaying the invasion would in turn allow more time for Allied reinforcements to arrive. Thus, Boer concentrates on analyzing how the Allied air forces attempted to prevent the Japanese from gaining control of the sky over western Java. That means in Part 1 of the book he restricts himself to the period from 18 through 27 February, and he almost entirely ignores air operations (such as those by American units) that did not directly affect the strategic air plan.

Boer notes in particular that on 25 February, with the discovery that Japanese landing forces were steaming toward Java, van Oyen realized his plan to delay the invasion so that reinforcements could arrive—longshot as it was—had failed. At that point, the Dutch understood their last chance would be for the Allied naval squadron to sortie and destroy the invasion fleet. To that end, van Oyen ordered his remaining air assets to transfer to Ngoro in eastern Java where the planes could provide air cover for the naval sortie, and perhaps hit the Japanese fleet.

List of Maps
List of Illustrations
Preface, design of the study, aim and research questions
Introduction — The Japanese advance: Java given up by the allies

PART 1: The Battle for Air Superiority over western Java from 18 February 1942 up to and including 27 February 1942

Part 1A: A description and analysis of the deployment of fighters and anti-aircraft artillery

Chapter 1A.1: The air defence plans and the balance of strength on 18 February 1942

Chapter 1A.7: The events and fighter operations on 25 February 1942

Chapter 1A.9: The results of the air battle over western Java and a brief analysis

Part 1B: A description and analysis of the deployment of the bombers

Chapter 1B.1: The reorganisation of the allied bomber fleet after the evacuation of southern Sumatra

Chapter 1B.11: The search for the Japanese invasion fleets and the bomber missions flown on 27 February 1942

Chapter 1B.12: The results attained, a concise analysis and some conclusions with regard to the struggle for air superiority

PART 2: The Battle of the Java Sea

Chapter 2.1: The air support for the Combined Striking Force on 26 February and in the morning of 27 February 1942

Chapter 2.2: The battle of the Java Sea

Chapter 2.3: The events and operations in western and eastern Java on 28 February 1942

Chapter 2.4: The air support during the battle of the Java Sea, an analysis and some conclusions

PART 3: The Battle of Kalidjati

Chapter 3.3: The Japanese landing operation at Eretan Wetan and the first allied attacks

PART 4: The Battle of the Tjiater Pass