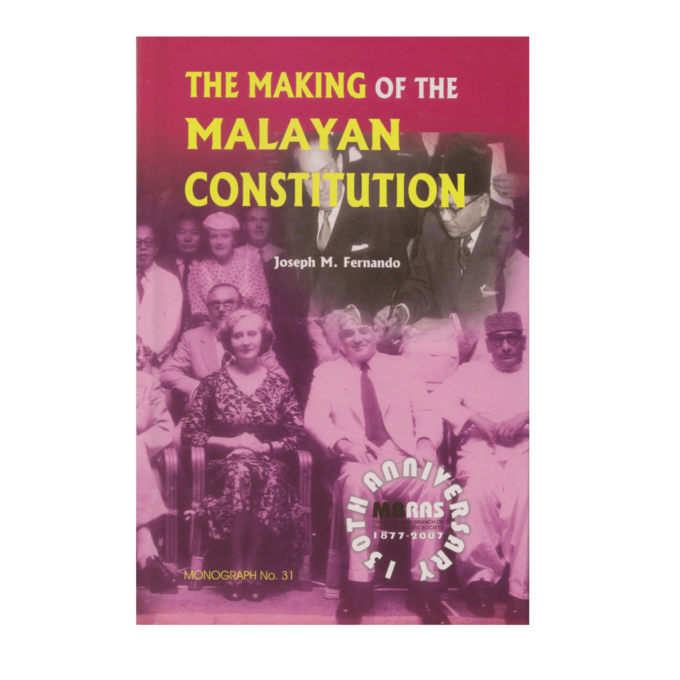 The Making of The Malayan Constitution

The Making Of The Malayan Constitution author’s describes the events in the 1950s which led to the creation of the Alliance, and moves towards Merdeka. He relates the somewhat ad-hoc way in which the Reid Commission was formed, and gives full details of their deliberations, together with negotiations between the different parties in the Alliance. These led to the Malayan constitution as adopted at Merdeka in 1957.

Malaya’s post-war history has attracted considerable attention from historians and political scientists in recent years. Mos of the studies on the period 1945-1957 have focused on the themes of communalism, nationalism, the Emergency and constitutional developments.

A noticable void in the existing body of literature is the absence of a political history of the making of the 1957 Malayan Independence Constitution. There is to date no single historical worl which traces the origins and formulation of the 1957 Constitution.

The approach adopted in this writing, based largely on manuscript sources, is historical and chronological. This approcah allows latitude in analysing the various stages of evolution of the 1957 Constitution and provides a balanced perspective of the constitution-making process.

This writing comprises  three main components. The first components (Chapters 1-3) traces the emergences of the Alliance as a nationalist movement and the principal agreements and understanding reached by the communal leaders on constitutional issues which formed the basis for their joint  memorandum to the Reid Commission.

The second component (Chapter 4) examines the work of the Reid Commission, its terms of reference, the problems it faced and its constitutional proposals. This formal drafting stage has previously been summarily treated in most studies because of the closure of the official records relating to the work of the Commission.

The third component (Chapter 5) considers the deliberations of the Working Party which reviewed the Commission’s Report, the 1957 London Conference, and the  parliamentary debates generated by the legislation for Malayan independence.