Kawah Buku > History > Southeast Asia > The Makings of Indonesian Islam: Orientalism and the Narration of a Sufi Past 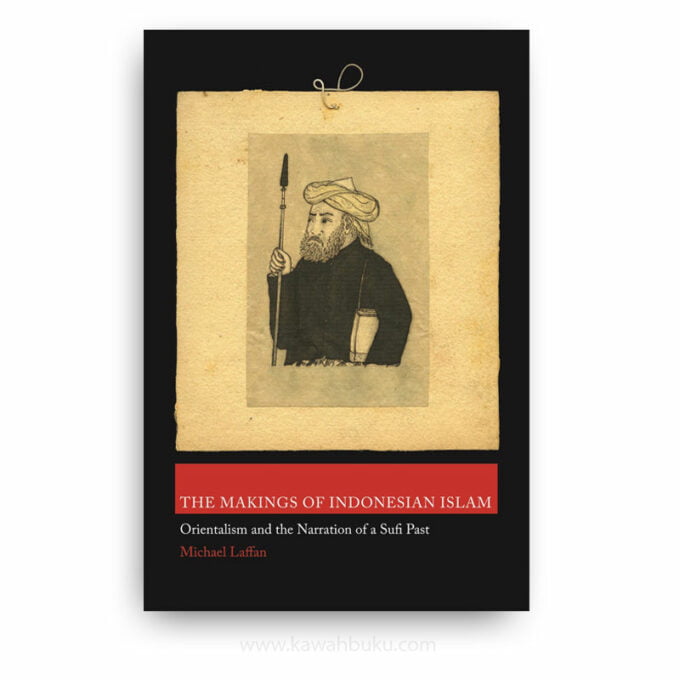 The Makings of Indonesian Islam: Orientalism and the Narration of a Sufi Past

MICHAEL LAFFAN is a professor of history at Princeton University. He is the author of Islamic Nationhood and Colonial Indonesia: The Umma Below the Winds.

The Makings of Indonesian Islam: Orientalism and the Narration of a Sufi Past presents Islamic and colonial history as an integrated whole, revealing the ways our understanding of Indonesian Islam, both past and present, came to be. Indonesian Islam is often portrayed as being intrinsically moderate by virtue of the role that mystical Sufism played in shaping its traditions. According to Western observers—from Dutch colonial administrators and orientalist scholars to modern anthropologists such as the late Clifford Geertz—Indonesia’s peaceful interpretation of Islam has been perpetually under threat from outside by more violent, intolerant Islamic traditions that were originally imposed by conquering Arab armies.

This study challenges this widely accepted narrative, offering a more balanced assessment of the intellectual and cultural history of the most populous Muslim nation on Earth. Michael Laffan traces how the popular image of Indonesian Islam was shaped by encounters between colonial Dutch scholars and reformist Islamic thinkers. He shows how Dutch religious preoccupations sometimes echoed Muslim concerns about the relationship between faith and the state, and how Dutch-Islamic discourse throughout the long centuries of European colonialism helped give rise to Indonesia’s distinctive national and religious culture.

Laffan structures the book in four parts, each following the evolution of a particular discourse that came to shape the character of Islam in the region. In the first section, he charts the complex process of Islamization in various forms: conversion, emerging institutions of religious learning and Islamic law, Sufi brotherhoods, and how, by the nineteenth century, increasingly marginalized royal courts were outmatched by populist leaders who were further enabled by lithographic presses. Laffan demonstrates how the political penetration of the region by the British and the Dutch coincided with Indonesia developing “a closer connection with Mecca and the Middle East mediated by independent teachers”.

Thus the authority of local rulers was being subverted just as Muslim leaders were gaining unprecedented positions of cultural influence and authority. Having examined one major thread of Indonesian history—Islam—Laffan turns in part 2 to examine the gradual rise of the Dutch presence as it shifted primarily from a mercantile relationship to colonial administration. He argues that Protestant Christianity played an important role in how the Dutch viewed, interpreted, and attempted to regulate Indonesian Islam from the seventeenth to the late nineteenth century.

In the third, pivotal section, Laffan addresses the role of controversial Dutch colonial administrator-scholar Christiaan Snouck Hurgronje (1857–1936) in not only shaping Dutch government policy but also in mediating between Muslim leaders and colonial officials in pursuit of a modernized Islam. Laffan closes the book with an examination of the emerging debates that shaped Indonesian Islam in the twentieth century up to the Japanese invasion in 1942.

The Makings of Indonesian Islam: Orientalism and the Narration of a Sufi Past is brilliantly researched and neck-deep in empirical data; the author’s command of Indonesian, Dutch, and Arabic makes such detailed study possible. And though Laffan’s history concludes as the colonial period was coming to a close, in many ways his narrative is a commentary upon present-day cultural forces that continue to vie for the shaping of Indonesian Islam