Kawah Buku > History > Malaysia > The Malay Labourer: By the Window of Capitalism 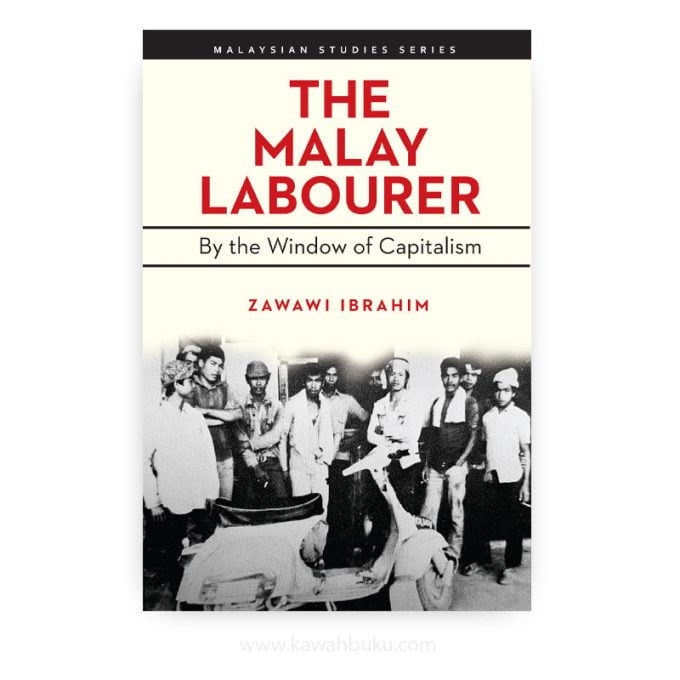 The Malay Labourer: By the Window of Capitalism

ZAWAWI IBRAHIM is a visiting professor at Taylor’s University, Malaysia. He was most recently Professor of Sociology and Anthropology at Universiti Brunei Darussalam, Brunei.

The Malay Labourer: By the Window of Capitalism explores the ethnography of emerging proletarian social consciousness and resistance. By the 1970s Malay peasants on the east coast of peninsular Malaysia found themselves reconstituted as a class, not only as an economic category but also as a community in a capitalist plantation frontier society. The plantation, as a window to capitalism, serves as a micro-level base to explore how Malays responded to wage labour and the plantation’s class hierarchy. More specifically, the analysis examines Malay working-class understandings of exploitation and justice. Zawawi Ibrahim makes use of the concept of a ‘proletarian moral economy’, which attempted to embed not only workers’ rights to subsistence and reciprocity but also their rights to maruah (human dignity).

Through rigorous anthropological fieldwork, the book documents everyday class struggles as an ongoing form of resistance in order to uphold and protect dignity in the face of the transgressions of class status authority. As the study shows, the emerging proletarian moral economy and struggles were articulated with their own poetics of class, culture and ethnicity through overt forms of protest. The Malay Labourer is a pathbreaking analysis for advanced students and researchers interested in class-based struggles and culture in the making of the Malay working class, and for those with wider interests in the fields of agrarian change and the dynamics of production, power and protest.

Introduction: By the Window of Capitalism: The Making of a Malay Proletarian Journey

2. From Kampung to the Plantation: The Political Economy of Malay Proletarianization

3. Class and Ethnicity on the Plantation: Initial Ambiguities

4. From a Frontier to a Political Community: Administration, Labour Conditions, and Social Organization, 1967-1972

5. Confronting Capital in the Workplace: The Ethnography and Poetics of Malay Proletarian Consciousness

6. Living in the Kongsi Compound: The Emerging Malay Proletarian Subculture

7. Early Strikes and Initial Resistance: The Articulation of “Class” and “Non-class”