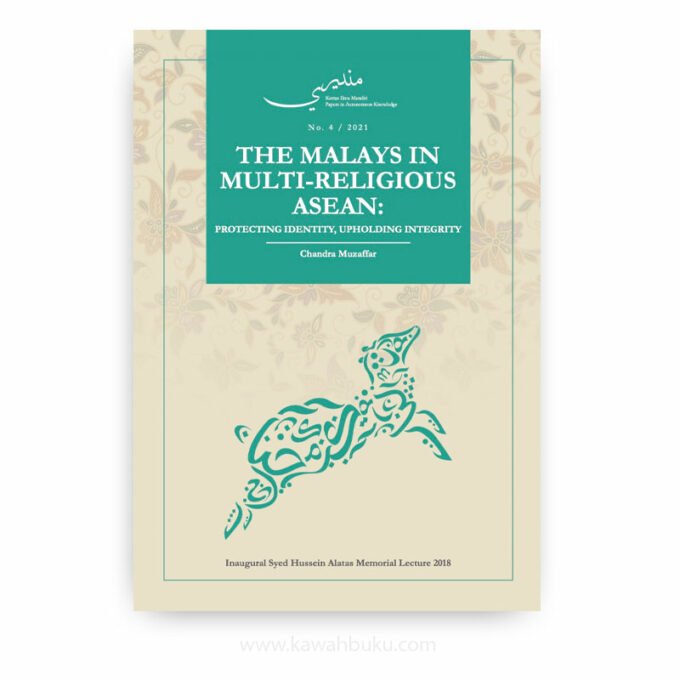 CHANDRA MUZAFFAR (b.1947 – ) was Professor and Director of the Centre for Civilisational Dialogue, University of Malaya (1997-1999) and Professor of Global Studies at Universiti Sains Malaysia (2007-2012). He is the recipient of a number of international awards related to his scholarship and social activism.

The Malays in Multi-Religious ASEAN: Protecting Identity, Upholding Integrity is the lecture delivered as the Inaugural Syed Hussein Alatas Memorial Lecture by Chandra Muzaffar which explores two key concepts—identity and integrity—and their interface in Malay society. Generally, the Malay identity has been all-encompassing and a reason why a multi-ethnic Malaysia could survive and flourish. At the same time, the Malays are aware that integrity is a moral imperative. Malays relate to issues of integrity as part of identity through both the philosophical dimension and in the examples of personalities who uphold integrity. However, there were episodes in Malaysian history that saw a conflict between identity and integrity, such as the corruption case involving Bank Rakyat in the 1970s. In more recent times, the 1MDB scandal had brought the issue of integrity to the fore and caused the seismic political event on the 9th of May 2018’s Malaysian general election. That day saw the people voting for integrity and against the manipulation of identity and crude appeal to ethnicity and religion. Integrity, therefore, is identity and there could be no identity without integrity.

Be the first to review “The Malays in Multi-Religious ASEAN: Protecting Identity, Upholding Integrity (Papers in Autonomous Knowledge)” Cancel reply