Kawah Buku > Biography and Autobiography > The Malaysian Dilemma: My Memoir and Manifesto 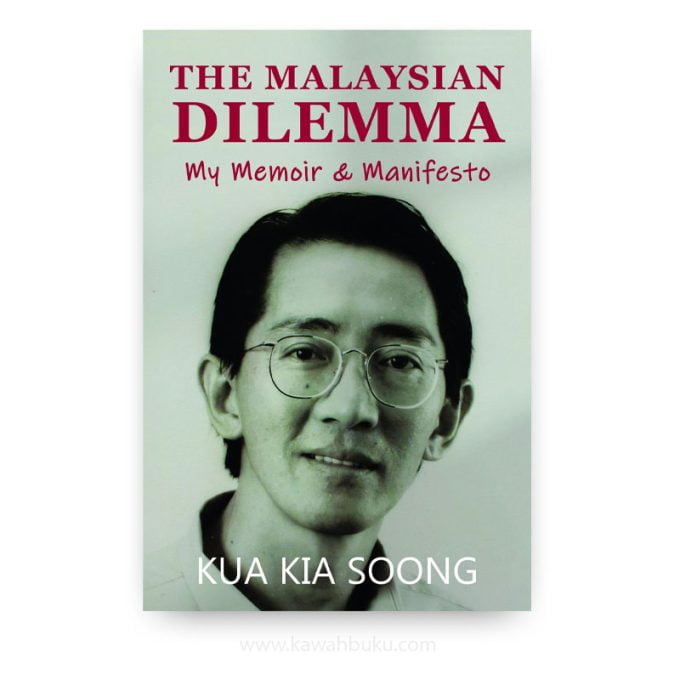 The Malaysian Dilemma: My Memoir and Manifesto

The Malaysian Dilemma: My Memoir and Manifesto is the memoir of Kua Kia Soong, an educationist and activist who has an unwavering belief in the Malaysian nation with a clear vision for a new and better Malaysia. Through his writing, he is pondering upon a dilemma in which this nation has never been at peace with herself, either politically, economically, socially, or culturally. A dilemma is a situation in which a difficult choice must be made between two different things one could do. The conundrum this nation faces today as the people were asked to choose between two political coalitions which have been proven to be equally disappointing is the biggest political dilemma confronting the nation today. More fundamentally, it is a choice between solving the Malaysian dilemma either through race or class lenses.

In 1970, just after the May 13 “racial riots” in 1969, an upstart Malay politician published his manifesto of sorts entitled, The Malay Dilemma. In it, Mahathir described his interpretation of Malaysia’s history in relation to its multi-ethnic society and racial tensions and advocated affirmative action policies based on “race”, i.e., for Malays. The book was originally banned in Malaysia; the ban was lifted 11 years after its first publication after Mahathir became Prime Minister. Commentators have since noted its influence on Malaysian society and governance, particularly the New Economic Policy. He then went on to be the country’s longest-serving Prime Minister and even a second term from 2018 to 2020.

Since the anti-colonial struggle, politicians in the mainstream parties have been obsessed with race. It is not surprising when there is so much at stake for them in terms of economic largesse, especially after the New Economic Policy was implemented in 1971. Mahathir’s “Malay Dilemma” is rooted in that paradigm even though “race” has little currency in the anthropology or sociology disciplines, not to speak of human rights in the international community.

Today, environmental damage and climate change threaten to put us in an even deadlier dilemma—the dilemma of pursuing neo-liberal policies which do not take the climate crisis seriously enough or responsible sustainable policies which protect our environment and resources for our children and our children’s children. Just last year, our Environment and Water Minister very foolishly said that Malaysia was not “climate-vulnerable” and before long, the devastating floods in January 2022 made him drink his words. Extreme rainfall, as well as periods of extreme drought in some areas, will now become our new normal and our nation had better prepare for this very wet dilemma.

The dilemma of what development policies to follow makes the author think of an ironic turn of fortune between our country and China where his grandfather emigrated from. During the fifties and sixties, Malaysian Chinese had to periodically send pre-loved clothes and other necessities to their relatives in China. From Independence in 1957 to 1965, Malaysians could afford to have local government elections in Malaysia. Today, China is fast becoming the most advanced country on earth with space stations while the people were told in 2018 that Malaysia cannot afford to have local council elections. But the more serious dilemma that has plunged the country into dysfunctional funk is how to solve the problem of racial polarization that has been exacerbated by the New Economic Policy implemented after the May 13 incident in 1969 so that we can go forth as a nation.

1. Pribumis/Pendatangs or Citizens?
A Malaysian from Batu Pahat

2. Unquestioning or Thinking Students?
My Education in Government English Schools

13. Coca Cola or Pepsi Cola?
Beyond the Two-Front System

Conclusion: A Manifesto to Resolve the Malaysian Dilemma