Kawah Buku > Indigenous Studies > The Orang Asli in Malaysia: A Linguistic Perspective
Out of stock 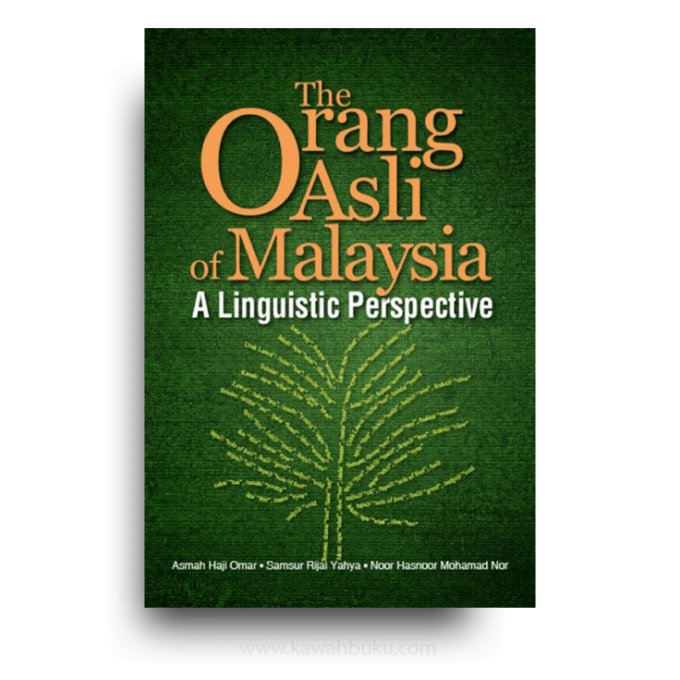 The Orang Asli in Malaysia: A Linguistic Perspective

ASMAH HAJI OMAR is Emeritus Professor at the Academy of Malay Studies, University of Malaya.

SAMSUR RIJAL YAHYA is a lecturer at the Department of Malaysian Languages and Applied Linguistics, Faculty of Languages & Linguistics, University of Malaya.

NOOR HASNOOR MOHAMAD NOR is a lecturer at the Department of Linguistics, Academy of Malay Studies, University of Malaya.

The purpose of this study, The Orang Asli in Malaysia: A Linguistic Perspective was to determine whether the speech systems of each group of Orang Asli/indigenous people on the Malaysian peninsula could throw light on both their genetic relationship with each other and the accuracy of the general groups such as Proto-Malays and Deutero Malays in which these groups have been variously categorized.

In the preparation of this volume, approaches in the analysis of data and language corpora have been able to shed light on aspects of the speech systems of the Orang Asli of the Malay Peninsula. The outcome of treating linguistic data in the synchronic and diachronic dimensions has enabled the writers to render interpretations not only of the micro aspects of their languages but just as important on the relationship between the various groups and sub-groups. Linguistic evidence does not support such a division between Proto-Malays and Deutero Malays. While Orang Laut has been placed in the category of aborigines prone to live in the seas as opposed to land Orang Asli, history has shown that what is known as sea and land people were not fixed categories, as there had been changes in their geolinguistic status due to the freedom they had in moving from one region to the other.

When people in general talk about Orang Asli, they seem to think of them as one group of people, who share the same language and culture. This is far from reality. They are of different major linguistic stocks: Austroasiatic and Austronesian. The former can be identified with languages on mainland Asia which are known as the Mon-Khmer family, found in Burma, Thailand, Cambodia, and Vietnam. The latter is spread mainly in the Malay Archipelago and the islands of the Pacific, to the west as far as Madagascar, to the east as far as the Easter Islands, and to the south as far as New Zealand. There are also Austronesian languages spoken by small communities in Taiwan and the hills of Vietnam.

Malaysian Orang Asli has been placed in categories along the line of anthropology which offers three main groups: Negritos, Senoi, and Proto-Malays. This categorization has been adopted and used officially by the Department of Orang Asli Development, Malaysia. At the same time, there is also a subgrouping using an approach known as |exicostatistics, done by Dr. Geoffrey Benjamin (1973), which concentrates on the Austroasiatic languages, and thus has done away with the Proto-Malay concept as this belongs to the Austronesian stock. His subgrouping of the Orang Asli Austroasiatic languages recognizes three main linguistic groups; Northern Aslian, Central Aslian, and Southern Aslian. This means that Jakun, Temuan, etc. whose languages are in fact dialects of Malay, or heterogeneous languages related to Malay, are not in this subgrouping.

In The Orang Asli in Malaysia: A Linguistic Perspective, the authors have treated the Austronesian and the Austroasiatic Orang Asli, in their separate subgroupings, based on lexicostatistics as well as in the comparison of phonological systems and structures. Our lexicostatistical subgrouping agrees with Benjamin’s except for some minor points, and it is supported by the comparison done on their phonological features. The authors hope this study would contribute to a better understanding of the ethnic groups of the Orang Asli according to the languages they speak. In addition, students of linguistics will be able to see the similarities and dissimilarities in the languages of these two groups of Orang Asli.