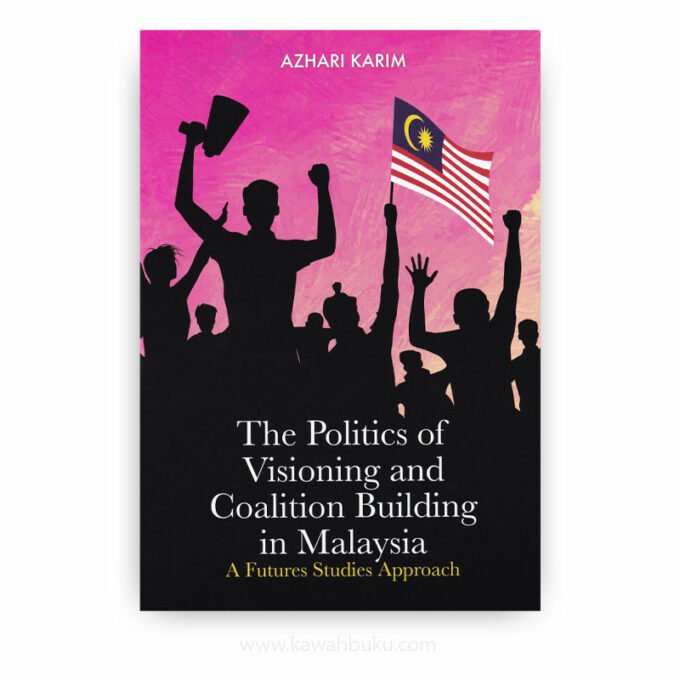 The Politics of Visioning and Coalition Building in Malaysia: A Futures Studies Approach

The Politics of Visioning and Coalition Building in Malaysia: A Futures Studies Approach conduct the analysis from a perspective based on the methodology of scenario-planning and futures studies particularly through the framework of causal layered analysis (CLA). Admittedly the method is the first-ever applied in a case involving a change of Government using drivers, trends and needs determinants affecting the future of Malaysians and the country. In the process, the role of the visioning exercises and the principle of coalition politics were found to be useful indicators to analyse the changes that have occurred.

The genesis for this book came from an event, the 14th General Elections in the country on 9 May 2018, that saw changes in the structures, systems and people in the Government. While certain rationales and causes could be factored in, to explain the new situation, at best this represented only a change in name rather than substance. The New Malaysia Government that has come into power is only carrying on a political tradition that has been in practice in the country since it started political development as early as 1955. Political continuities in the form of coalition politics and the visioning process have been the main influences in politics for the country.

In this book, the author has put scenarios from scenario planning, futures studies and the CLA side by side with strategies in strategic analysis. The author had done so more in the context of emphasising the concept of change that can be found in all these terms. In doing so, the author is simplifying the process of assessing change as a body of analysis that can benefit us with visions of the future, which is an area of research on what opportunities and hopes are out there that can be useful to the New Government. With this approach, the author has set a new pace in widening the research into subjects of Government, politics and the possible strategies for change. Articles have been arranged to include topics about setting the scene, drivers and trends in the Government as well in the areas of diplomacy and foreign policy and finally concluding with a review of material on alternative futures and diplomacy.

What has become clearer by the time one gets to the end of the book are the two facts of the coalition brand of politics and the timing of the occurrences identified in the scenarios and alternative futures built around the process of visioning. The former had survived the times. For the latter, these have remained similar and some have appeared even much earlier than expected. There are several possible reasons why these had happened. Firstly, futurists believed it is always difficult for people to make up their minds and what they wish or prefer in a particular year. Secondly, it is normal to expect in a visioning process for the people to agree on a set of agenda topics that will become part of manifestos for political parties or components in a coalition participating in general elections. For the most part, the scenarios that result will be repeated over time and will seldom change very much over time.

All the similarities and differences in the scenarios and alternative futures discussed in detail in this book point to a much-required narrative of renewal for the Government, people and the country. As the first to apply scenario planning and alternative futures methodology in an exercise of analysing the political change in a country, it is the author’s hope that this book will contribute considerably towards enriching the available literature on the subject.

Preface
Abbreviations
Introduction: Scenarios for the Changing Needs of the New Malaysia

Balancing the ‘pH Factor’ of the Pakatan Harapan Government
Slowly but Surely Pakatan Harapan is Taking on Race Relations
Is the Blame Game Stopping Anytime Soon?
Economics at the Heart of the Country’s Future

Prime Ministers of Malaysia – Progeny and Legacy
Making Malaysia a Roaring Tiger Once Again
A Choice of Two Visions for the Future
The Race between the Tortoise and the Hare – What It Means for Domestic Politics?

Is Technology to Benefit Humankind?
United States Unhinged from the Rest of the World
China’s Economic Diplomacy is for More Trade Not War