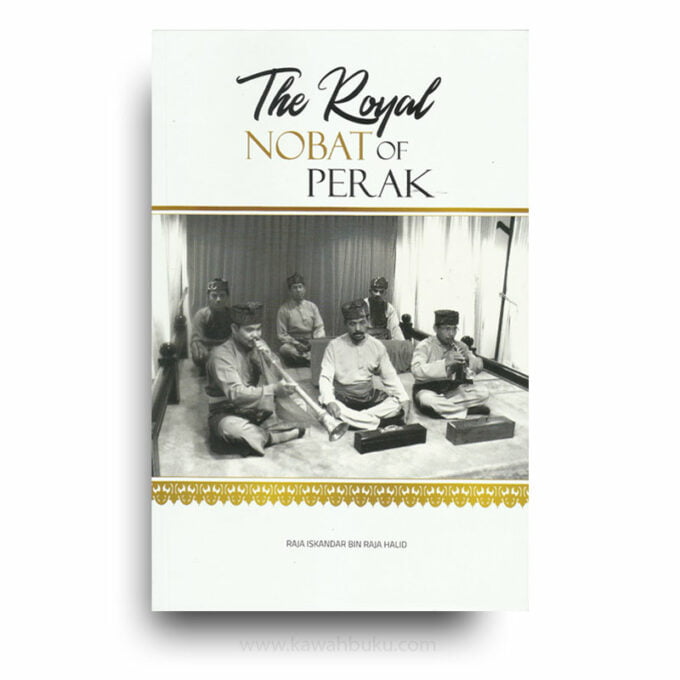 The Royal Nobat of Perak

RAJA ISKANDAR RAJA HALID is a lecturer at the Department of Heritage, Faculty of Creative Technologies & Heritage, Universiti Malaysia Kelantan.

The Royal Nobat of Perak is an ethnomusicological study of the Royal Nobat of Perak, one of the oldest Sultanates in Malaysia. The Malay nobat is the only court ensemble found in the Islamicate world that is still performed within its original context to serve political rulers. It symbolises power and sovereignty, and no ruler who possesses a nobat is legitimately installed unless he is dinobatkan (drummed) to its sound. Itis an ancient art form that binds together an amalgamation of different cultures and beliefs, which culminates into a sacrosanct musical entity. Guarded as part of court regalia, the nobat is revered for its perceived mystical powers and ability to consolidate and maintain social-political order.

In Malay society, the nobat orchestra is a symbol of a Sultan’s status and sovereignty and forms part of the treasured royal regalia of the state. No Malay Sultan in the possession of one is officially installed unless he is ceremoniously drummed to the sounds of the nobat. For centuries, it remains as one of the most mysterious and least exposed to Malay traditional art forms due to the frequency the music is played and the protocols involved in its performance. Confined within the palace walls, this royal orchestra performs only on certain occasions, such as the installation of the Sultan and to mark the beginning of royal functions or ceremonies. Unlike any other traditional Malay music, nobat has a tradition that prohibits anyone other than the ruler and members of his family, and the court musicians known as orang kalur, from playing or even touching the instruments. No performance is allowed without the command and consent of the Sultan.

The Perak Sultanate is one of the oldest in Malaysia. Its adat istiadat or customs and ceremonies, regalia and rulers’ lineage can be traced back to the Melaka Sultanate of the 15th and 16th centuries. Inevitably, the Perak nobat is also one of the oldest and although the present instruments may not be the original Melaka set, nevertheless, its music opens up a window that gives us a glimpse of its glorious past. An ancient Malay art form, nobat binds together an amalgamation of animistic, Hindu-Buddhist and Islamic culture and beliefs, which culminates into a sacrosanct musical entity symbolizing a Sultan’s stature and sovereignty.

Today, the nobat comprises of a mixture of new and old instruments. For example, the two serunai were made during the reign of Sultan Idris Iskandar Shah II (1963-1984) but the origins of the other older instruments are not known. According to the present Joh Setia Guna, Encik Abdul Aziz, even his great-grandfather had no knowledge of the age and origins of the instruments. However, according to Haji Mohd Nasiruddin, the previous Joh Setia Guna, the older instruments are around 100 years of age (Raja Nor Sheela 1987) and are now housed in the Sultan Azlan Shah Gallery in Kuala Kangsar.