Kawah Buku > History > Malaysia > The Singapore and Melaka Straits: Violence, Security and Diplomacy in the 17th Century
Out of stock 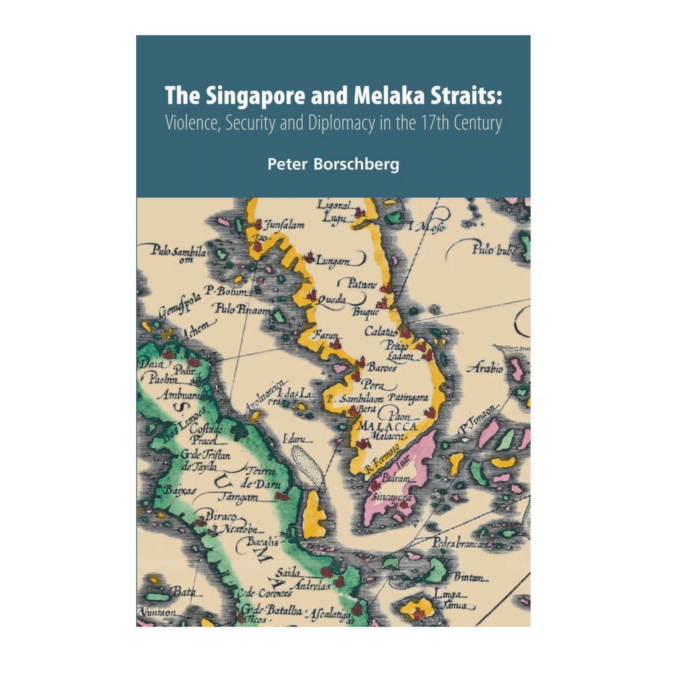 The Singapore and Melaka Straits: Violence, Security and Diplomacy in the 17th Century

PETER BORSCHBERG is a Fellow of the Royal Historical Society and teaches history at the National University of Singapore. He is a also a Visiting Professor at the Asia-Europe Institute at the University of Malaya as well as a Guest Professor in Modern History at the University of Greifswald. He has authored The Memoirs and Memorials of Jacques de Coutre: Security, Trade and Society in 16th- and 17th-century Southeast Asia, Jacques de Coutre’s Singapore and Johor 1594-c. 1625, Hugo Grotius, the Portuguese, and Free Trade in the East Indies and Journal, Memorials and Letters of Cornelis Matelieff de Jonge: Security, Diplomacy and Commerce in 17th-century Southeast Asia.

The Singapore and Melaka Straits: Violence, Security and Diplomacy in the 17th Century is about the geo-strategic and geopolitical interests of the European powers around Sumatra and the Malay Peninsula during the late 16th and early 17th centuries. An understanding of this period entails an appreciation of the topographical sciences of the age, the style of diplomacy undertaken, the cooptation of local commercial and political elites, as well as the contemporary knowledge, physical control and protection of existing maritime trading routes. This book addresses a number of “big issues”–issues that are of concern in the 21st century and have proven to be of enduring historical value. These big issues involve trade and commerce, security, sovereignty, military hegemony and diplomatic engagement–all of which require a deeper understanding of the region and of the shifting powers that surrounded the Singapore and Melaka Straits.

Readers will quickly appreciate that this volume is not an imperial history of the sort written during the 19th and early 20th centuries. While drawing heavily on surviving European colonial documents, the author does not intend to argue in favour of European dominance in terms of trade, political power, military prowess or even cultural values.

The Singapore and Melaka Straits are a place where regional and long-distance maritime trading networks converge, linking Europe, the Mediterranean, eastern Africa, the Arabian Peninsula and the Indian subcontinent with key centers of trade in Thailand, Indochina, insular Southeast Asia, China, Korea and Japan. The first half of the seventeenth century brought heightened political, commercial and diplomatic activity to this region. It has long been clear to both the Portuguese and the Dutch that whoever controlled the waters off modern Singapore gained a firm grip on regional as well as long-distance intra-Asian trade. By the early 1600s Portuguese power and prestige were waning and the arrival of the Dutch East India Company constituted a major threat. Moreover, the rapid expansion and growing power of the Acehnese Empire, and rivalry between Johor and Aceh, was creating a new context for European trade in Asia.

Drawing on maps, rare printed works, and unpublished manuscripts written in Portuguese, Spanish, Dutch and Latin, Peter Borschberg provides new information on the diplomatic activities of Asian powers, and shows how the Portuguese and Spanish attempted to restore their political fortunes by containing the rapid rise of Dutch Power in the region. Key documents, transcribed and translated into English for the first time, make up a series of appendices.

The product of more than two decades of research in European libraries, archives, The Singapore and Melaka Straits: Violence, Security and Diplomacy in the 17th Century will be of great interest to readers in Singapore, Malaysia and Indonesia, where little is known about this pivotal pre-colonial period. It is also an invaluable resource for historians and other students of early modern Europe and of the European presence in Asia.

While acknowledging the inherent limitations and challenges to the modem historian, the author hopes to let the primary documents speak for themselves. A distinctive feature of this book is the insistence that not only indigenous sources, but also non-English-language European source materials of the period are of an uneven quality, nature and intention; they also differ considerably in levels of formality. The Dagh-Register Batavia (Dairy of the Castle at Batavia) and correspondence between VOC’s factors consist in part of chatter and gossip that modern readers often find difficult to contextualize. Still, source materials such as the Dagh-Register also often contain useful nuggets of information on how traders, factors and visitors thought about a given situation or development at any point in time. In other words, these materials often have their finger on the pulse of emerging developments and act as a barometer of developing crises. It goes almost without saying that these materials were written by clerks of different backgrounds and varying levels of experience in the Indies. Correspondingly, they are laced with a spectrum of personal prejudices and agendas. These informal, or at least “less formal”, sources contrast sharply with the formal reports and instructions filed by higher-ranking officers, either of the Estado da India or from within the VOC administration in Asia as well as the Netherlands.

Often these “more formal” source materials, such as the Generale Missiven or “Annual Reports from Asia”, stake out a bigger picture for the VOC directors and politicians in Europe. As their hallmark, the Generale Missiven provide a helicopter view of developments around Asia, explain tricky problems in greater detail, and spell out options with their likely long-term consequences. While extremely useful, reports such as the Generale Missiven sometimes skew or exaggerate adverse developments in order to explain away low profit margins or justify high capital expenses. Formal reports filed by both the Dutch and–especially–the Portuguese often assume positions along the lines of “everything is under control”, “the situation is completely out of control”, or “do whatever you can”, in the hope that superiors in Goa, Lisbon, Madrid or Amsterdam would readily concur and rush supplies, manpower and money to their forts and factories around Asia.

This books also aims to explore a range of early modern European charts, maps and publications to illustrate Europe’s evolving visualization of the Singapore and Melaka Straits across a period of approximately 100 years between the mid-l6th and mid-17th centuries. Many, if not most, of these sources are “new” in that they have never been adduced in other academic works, or in this book are being studied from a different vantage point. Attention is centred on the elasticity of toponyms, such as Singapura, as they are employed in early colonial documents and publications; the various maritime routes that linked the Straits of Melaka with the South China Sea; and the latter’s evolution on European hydrographic charts, maps and globes. One special feature of early modern European cartographical depictions of the region around the Straits of Singapore and Melaka will be discussed at length, namely, the imagined maritime channel that European cartographers believed crossed the Malay Peninsula, linking the coastal port towns of Muar in the west and Pekan (Pahang) in the east.