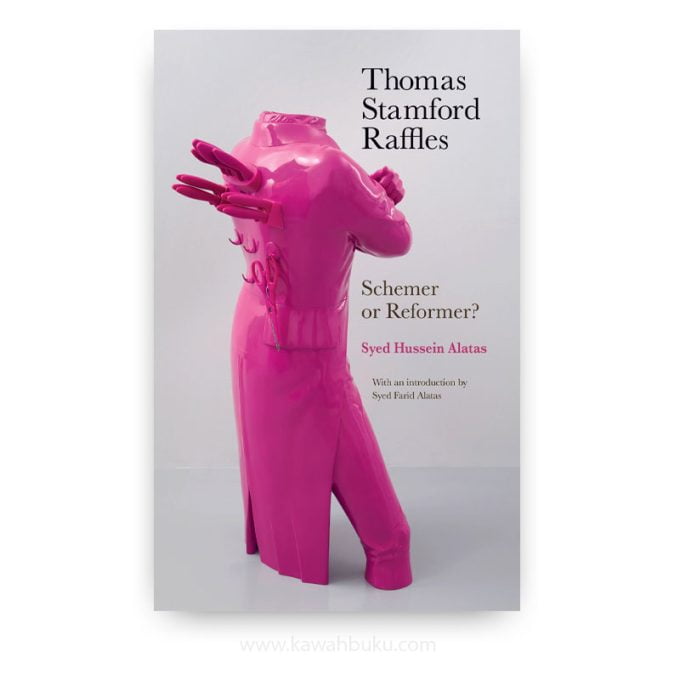 SYED HUSSEIN ALATAS (b. 1928 – d. 2007) was Head of the Department of Malay Studies at the University of Singapore when he published this 1971 essay in Australia. Professor Alatas served as Vice-Chancellor of the University of Malaya in Kuala Lumpur in the late 1980s.

SYED FARID ALATAS is Professor of Sociology at the National University of Singapore.

Nearly 50 years after its original publication, this extended essay on Raffles reads as fresh and relevant. Presented here for a new audience, Thomas Stamford Raffles: Schemer or Reformer? sets out the key elements of the debate in understanding Raffles’ own political philosophy through the record of his actions, not just in Singapore, but in Southeast Asia in the years just before and after Singapore’s foundation. A new introduction by Syed Farid Alatas assesses contemporary Singapore’s take on Raffles, and how far we have or have not come in thinking through Singapore’s colonial legacy.

The name of Thomas Stamford Raffles continues to be a mark of prestige in Singapore, more than 200 years after he first established a British factory on the island. Not one but two statues of Raffles stand tall in prominent sites in Singapore’s civic and heritage district. Streets and squares are named after him, and important local businesses use the Raffles name. Does Thomas Stamford Raffles deserve this recognition? Should we continue to celebrate him? Or like the image of Cecil Rhodes in South Africa, must Raffles fall?

Those exercised by the discussion and debates around Singapore’s 2019 Bicentennial should know that the question was considered at length nearly 50 years ago, in Syed Hussein Alatas’ slim but devastating volume Thomas Stamford Raffles: Schemer or Reformer? While publication of the work failed to spark a wide debate on Raffles’ legacy in 1970s Singapore, it was noticed by Edward Said, who later cited Alatas’ essay as one example of works that “set themselves the revisionist, critical task of dealing frontally with the metropolitan culture, using the techniques, discourses, and weapons of scholarship and criticism once reserved exclusively for the European.”

2. The Massacre of Palembang

3. Raffles’ Views on the Different Communities in this Area

5. Raffles and the Ideology of Imperialism

Notes to the Text
Bibliography