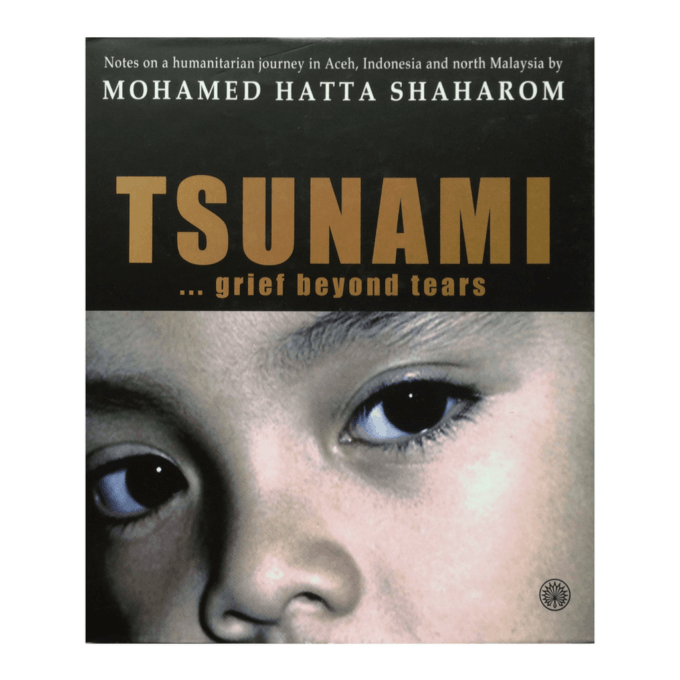 Tsunami: Grief Beyond Tears is a personal impression on a humanitarian journey during the post-tsunami relief missions to two northern states of Malaysia (2004 and 2005) and Nanggroe Aceh Darussalam, Indonesia (two visits were made in 2005). This is also the story about the involvement of Malaysians of different religio-social backgrounds and ethnic groups in international relief work. It is best read with an earlier book of author’s humanitarian journey that spanned 13 years in Iraq (1991), Kosovo (1999 and 2000), Afghanistan (2001) and Iran (2004) entitled “Sorrow Behind the Smiles” (Dewan Bahasa dan Pustaka, Kuala Lumpur, 2006).

In recorded history, the world has never witnessed such an extent of aid that was extended from practically the whole of mankind to those affected (especially those in Aceh) by the quake-spawned tsunami of 26 December 2004, exactly a year almost to the hour, after the 26 December 2003 Bam earthquake in Iran.

The seabed earthquake-spawned tsunami of 26 December 2004 devastated coastal settlements of a dozen Indian Ocean rim countries. In Nanggroe Aceh Darussalam (on the Northern tip of the Indonesian island of Sumatra) alone, this natural catastrophe took the lives of about 200 000 Acehnese, displaced another 400 000 of their surviving relatives and neighbours, and made orphans out of the tens of thousands of surviving children.