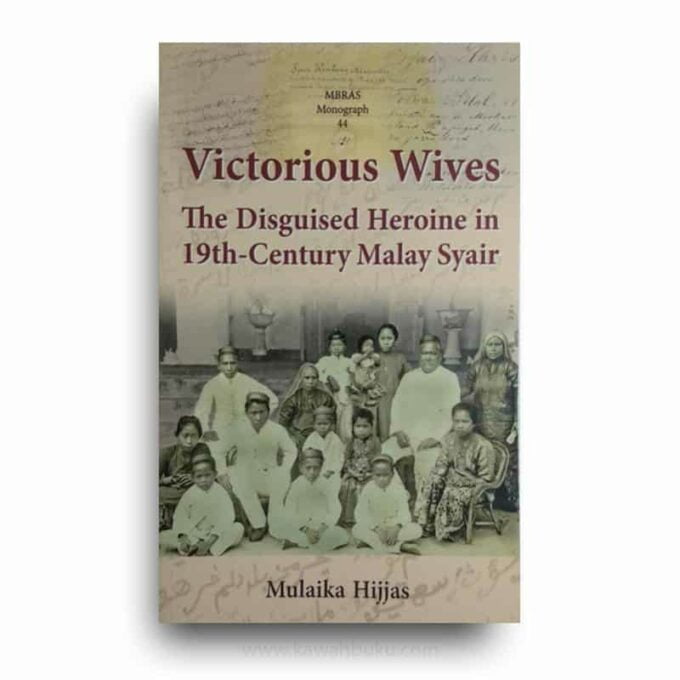 Originally from Kuala Lumpur, Mulaika Hijjas studied at Harvard College and the University of Oxford before earning a PhD in traditional Malay literature at the School of Oriental and African Studies (SOAS), the University of London. She is a British Academy Postdoctoral Fellow in the Department of the Languages and Cultures of South East Asia, SOAS.

Victorious Wives: The Disguised Heroines In 19th-Century Malay Syair , Mulaika Hijjas uses tools drawn from literary criticism and gender studies to look at a previously neglected corpus of Malay literature in a new light. The relatively equal gender relations in Southeast Asia have long been presented as a defining characteristic of the region, but there are few detailed case studies of pre-modern women or women’s literature to illustrate this point, and studies of women in traditional literature have of necessity relied on texts that expressed masculine viewpoints. The syair of the Riau Archipelago that are the basis of this book, six nineteenth-century Malay narrative poems, are a unique exception in that they allow access to women’s imaginative worlds, and they provide a significant historical backdrop to anthropological accounts of gender in the Malay world in modern times.

Victorious Wives engages with these poems not as historical documents to be mined for data but as complex literary works. In the story lines, the heroine disguises herself as a man in order to rescue a male relative, reversing and subverting the assignation of passion (nafsu) to women and reason (akal) to men that was commonplace of religious discourse at the time. The book develops a nuanced textual analysis of this material, and explores the interplay between social reality and literary fiction.

“Mulaika’s elegantly written book has brought the discussion of syair to an entirely new level. Excellent translations, including an appendix of long excerpts, provide solid support for her interpretation and I have little doubt that Victorious Wives will become a standard citation in any discussion of Malay literature.”

” I have never read an analysis concerning Malay literature with greater interest and enjoyment. This book is a timely addition to the current unflogging interest on the position of Muslim women in Southeast Asia.”