Kawah Buku > History > Women > What It Means to Be a Muslimah: The Religious Orientations of Female Muslim Activists in Malaysia 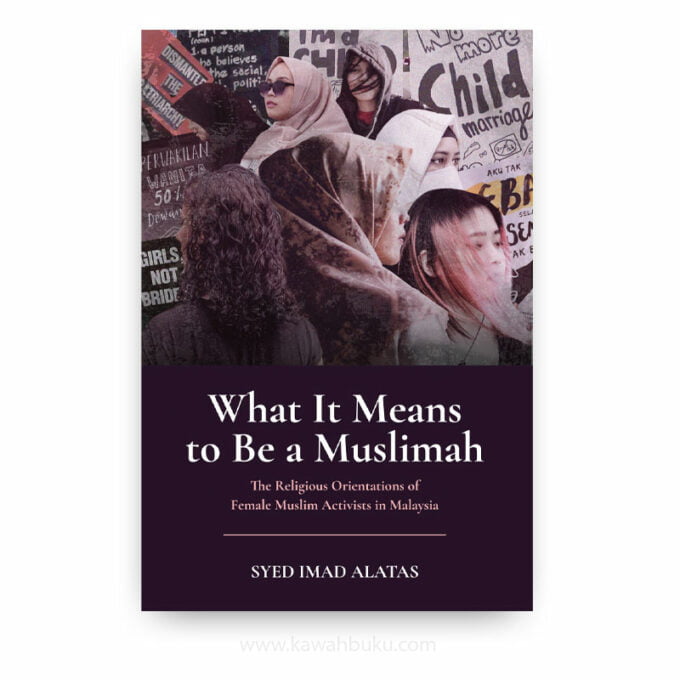 What It Means to Be a Muslimah: The Religious Orientations of Female Muslim Activists in Malaysia

SYED IMAD ALATAS is Doctoral student at the Department of Sociology, the University of North Carolina at Chapel Hill.

What It Means to Be a Muslimah: The Religious Orientations of Female Muslim Activists in Malaysia examines gender activist discourse in Malaysia by focusing on the religious orientations of the activists interviewed by utilising Mannheim’s sociology of knowledge approach. It argues that Muslimah activists in Malaysia generally adopt a neo-modernist mode of thinking when discussing various sources of knowledge and the specific marital issues of polygamy and child marriage, but demonstrate a diversity in modes of thinking where they interchangeably pick and choose positions that correspond to either neo-traditionalism or neo-modernism when explaining a woman’s role in Islam. While women’s concerns in Malaysia were subsumed under nationalist concerns during British colonialism, the 1980s signalled a turning point.

Women could discuss topics in relation to their everyday experiences such as domestic violence. That same period also saw Islamisation gather momentum. Integral to Islamisation was an emphasis on the role of women as wives and mothers so as to maintain the integrity of the patriarchal family. The domestic household and marital issues naturally became key concerns in Islamisation discourse. Muslimah NGOs emerged during this period, responding both to state and everyday discourses on Islam in Malaysian society. One principal response of the NGOs was to go back to Islamic and alternative sources of knowledge. These responses were also informed by particular orientations towards Islam such as neo-traditionalism and neo-modernism.

1. The Women’s Movement in Post-Independence Malaysia
Domestic violence as a rallying cry
Islamisation and the focus on the Muslim family
Mannheim and religious orientation as a mode of thinking
Religious orientations within Islam

2. The Activist Scene
Attaining gender justice within an Islamic framework
Gender activism in Malaysia
Mapping of Muslimah NGOs
The activists
A note on male positionality

3. Attitudes towards Islamic and Alternative Sources of Knowledge on Women’s Issues and Roles
Contextualising the message of the Quran
‘Strong’ and ‘weak’ Hadith
Local ulama: Knowledgeable but not infallible
Western feminism and Islamic principles: A common ground
Western feminism as disruptive to Muslim Women

4. Justice for Muslimahs in Relation to Specific Marital Issues
Can justice be guaranteed in polygamous marriages today?
A fair polygamous marriage: Education and accountability
Blindly following the Prophet: Children then and now
Problematising the ‘child’ in child marriage