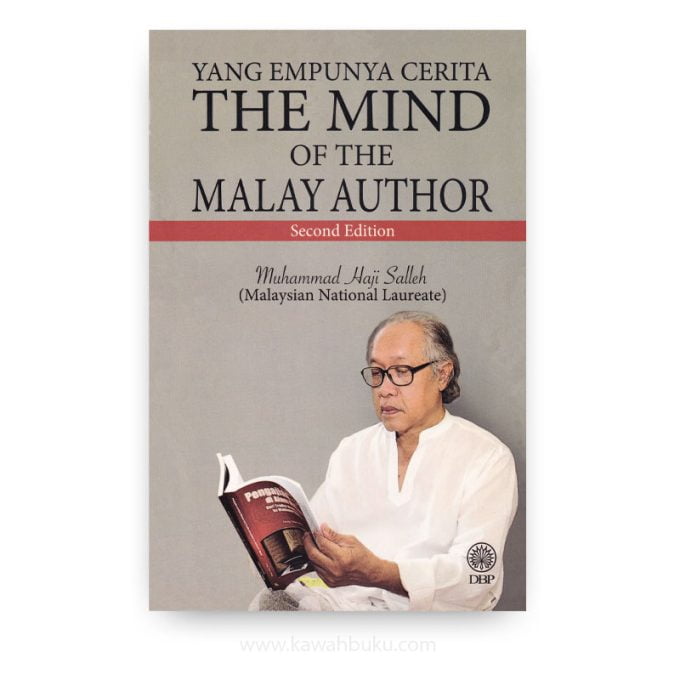 Yang Empunya Cerita: The Mind of the Malay Author

Yang Empunya Cerita: The Mind of the Malay Author unravelled the concepts of authorship, text and genre through the lines, words and nuances of Malay literature. In Malay Studies the traditional artist is among the most mysterious of beings, deeply buried under a tradition that was oral and anonymous. He is more enigmatic now as he is alienated from us also by the technological changes, the differences in the modes of literary communication and not the least, by the disappearance of the rural environment that created the artist, —all being factors much influencing his mind. There is no doubt that much as he felt (rasa) the world he also thought (fikir) about it, about its universe, the powers that governed his life, the community, its values, the arts and what made them pleasing and so on. Tradition tended to consider a piece of literary creation as a property of the community, immediately after it has initially been composed.

In the works that have survived to our day we find the fragments, styles and plots of various versions. They are versions of other versions, thus invariably having relationship with a conglomerate authorship. Each piece of work went, as a matter of course, and unconsciously surrendered by its author, to the repertoire of the race. Any member who had any use of it or any skill in retelling it could draw from this oral library of spoken literature. He may add to it as he chose to, excerpt from it or vary it as he saw fit. He has a share in the race’s intellectual holdings. It was only much later, around the middle of the nineteenth century that modern scribes learnt from the Arabs and British to inscribe their names; but for older works the original author was usually untraceable, even by the copiers themselves. Yet even this new custom was coyly practised, with a long and ceremonious preface of humility and statement of modesty.

Scribes tried as much as they could to remain transparent, or submerged themselves into text or fiction. Thoughts concerning the art of composing and writing itself, cannot, but have crossed the mind and the theoretical needs these traditional artists. While early treatises on the concept of literature, genres or the use of metaphors have not been found in Malaysia until now, the very works themselves attest to these thoughts, to the desire to translate ideas into the elusive medium or words, and to capture truth, however that may be understood in the different epochs of the past. Thus, however anonymous the composer/writer may have been, at the moment of literary creation he was the conscious or unconscious enquirer into these problems, techniques and genres.

Very few traditional or classical Malay literary, historical or even religious works sketch for us the whirling questions that an artist must have grappled with and overcome, so that he may produce a work of quality and purpose. Among the very many stories, hikayat, salsilahs, syairs only a few have allowed themselves the luxury of a prologue or a preface. These exceptions are to be found mostly in the ages closer to the nineteenth century. Some were supplied by later scribes. Of the earliest only Sejarah Melayu clearly and eloquently describes the relationship of the writer to his work, to his patron and to his audience, his loyalties and even hints at his concept of history/literature, or to use the Malay term for this collection of genres, kesusasteraan.

1. The Mind of the Prologue: A Traditional Author on the Threshold of Literary Creation
2. Preliminary Notes on the Aesthetics of the Malay Pantun
3. Text and the Singer of Tales
4. Yang Empunya Cerita: A Portrait of Isma Yatim as Writer
5. Malay Ethnopoetics: Looking at Literature with Our Own Eyes
6. Central Values of the Malay Hero: Hang Tuah
7. The Traditional and Contemporary Malay Literary Hero
8. In the Theoretical Mirror of the Past
9. Finding Literary Love in Hikayat Raja Kulawandu
10. A Discovery of Genius and Identity