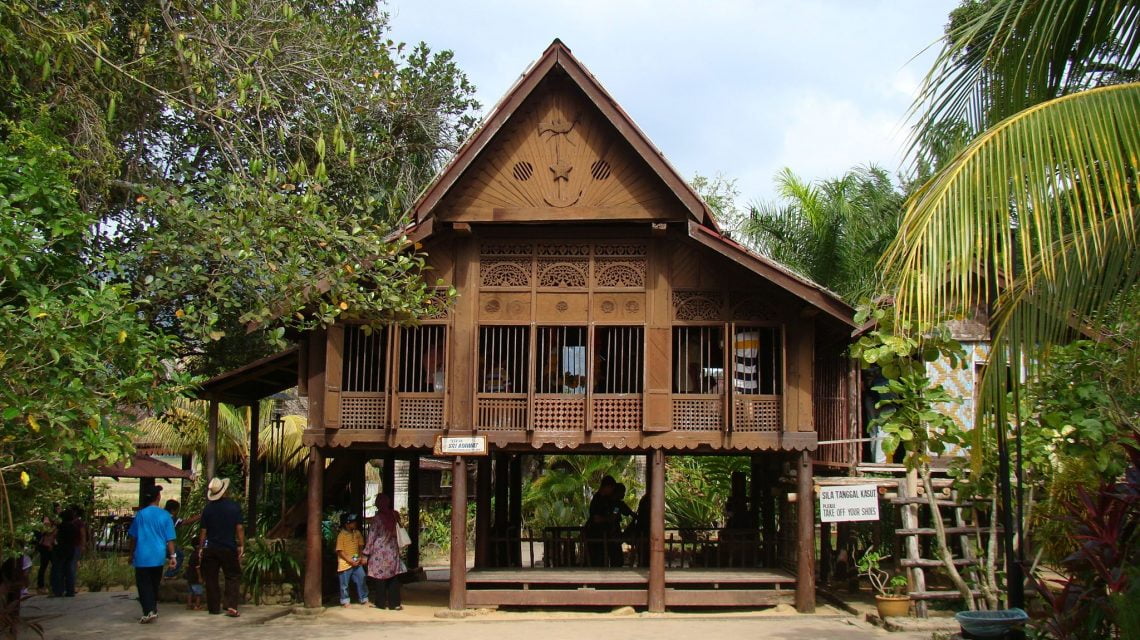 In the very act of attempting a survey such as this from public documents, the question begins to emerge of just who should be described as ‘Malay’. It is a question that in one form or another will concern us throughout this book, and puzzling about it has eventually led me to write about ‘Malayness’ rather than ‘the Malays’.

By one classification—proposed by certain ‘Malay’ activists and not accepted by the majority of scholars—virtually the whole population of Indonesia (at least to the western part of Papua) and most of the people of the Philippines can be defined as ‘Malay’: that would give a total of some 350 million in all. The Marino of Madagascar are also occasionally added; and there are the Chams of Cambodia and Vietnam. Confronted with this list, the scholarly response tends to urge that we think not of ‘Malays’ but of ‘Austronesian-speaking peoples’, and note that the Malay language is only one of some 1,000 languages in the entire Austronesian language family.1

On what basis, however, should we enlarge or reduce the category ‘Malay’? Do we simply cite the scholarly consensus view? Or ought we to include all those people who claim to be ‘Malay’? One problem with this is that people sometimes change their minds. In certain periods, for instance, the idea of being ‘Malay’ has had currency in the Philippines: in the early 1960s, President Macapagal urged the concept of Maphilindo—an association of three states (the Philippines, Indonesia and Malaya) that would be a “confederation of nations of Malay origin”, bound together “by ties of race and culture”.2

Today these nations are joined in the Association of Southeast Asian Nations (ASEAN), but the grouping has no explicit ‘Malay’ basis, and even in Indonesia the vast majority of people would not consider being ‘Malay’ to be a primary focus of identity and association. We will see that at the local level—even in Malaysia—certain people claim ‘Malay’ identity in one situation and Javanese, Indian or Arab identity in another.

Then there are people who appear to possess very ‘Malay-like’ characteristics but do not call themselves ‘Malay’. In Cambodia one group of Muslims traces its origins to Patani (now South Thailand), Trengganu and Kelantan (both now in Peninsular Malaysia) and Sumatra (Indonesia)—all widely acknowledged to be ‘Malay’ centres—and are familiar with Malay writings in the Jawi (Arabic-based) script. These people, however, generally seem to refer to themselves as (and are called) ‘Chvea’, not ‘Malay’.3,4 In Sabah in northern Borneo, people who would have called themselves ‘Malay’ over many years if they had lived in Sarawak (to the west) identify themselves as ‘Bajau’, ‘Brunei’ or ‘Suluk’.

In Malaysia, where ‘Malays’ have achieved political dominance, ‘Malay’ is defined in the Constitution. A ‘Malay’ is said to be someone who (in addition to fulfilling certain residential requirements) “professes the Muslim religion, habitually speaks the Malay language, (and) conforms to Malay custom”.5 Consider first the Islamic requirement: this certainly removes the vast majority of Filipinos—some of whom continue to express a strong ‘Malay’ consciousness 6 —who are of course Christian. But it is also true that certain Singapore ‘Malays’—including Christian Batak from Sumatra—are not Muslim. Adherence to Islam has not been a criterion for being ‘Malay’ in the Singapore census process.7

Furthermore, even in Malaysia the term ‘Malay’ has been used by ‘Malay’ leaders over the last few decades in ways that suggest the possibility of non-Muslims being included. In the years leading up to independence (1957), one proposal was to allow Chinese and Indians to join the bangsa Melayu (the ‘Malay race’ or ‘community’) even without conversion to Islam.8 In 1991 a former Malaysian foreign minister from the governing party (UMNO, the United Malays National Organization) proposed that wedding the definition of ‘Malay’ to Islam made it too narrow.7 In some areas in eastern Indonesia the phrase ‘masuk Melayu’ (or ‘enter Malaydom’) can actually mean to become Christian.9

As to the Malay-language qualification: this would necessarily exclude most of the ‘Cape Malay’ community of South Africa (who tend to use Afrikaans or English); and the Sri Lanka ‘Malays’ generally speak Sinhala. In Thailand, there are thousands of Muslims who consider themselves to be ‘Malay’ but speak Central Thai.10 On the Peninsula, according to the definitions of ‘Malay’ in some of the land legislation introduced in the colonial period, there was also no need to speak Malay.18

A new issue regarding language which has arisen in Malaysia in recent years arises from the growth in importance of English. The warning has been issued that an increasing number of ‘Malays’ are “losing their ability to speak the Malay language (as English becomes their working language)”.20

On the other hand, speaking Malay definitively does not imply in itself that a person identifies as a ‘Malay’. Some people of Javanese background on the Peninsula who now habitually speak the Malay language call themselves ‘Javanese’; others call themselves ‘Malay’. The ‘Javanese’ of the Medan region in northeast Sumatra—people who certainly speak Malay in the form of Bahasa Indonesia (the Malay-based Indonesian national language)—by no means see themselves as ‘Malay’, and are viewed by the ‘Malays’ of that region as having been formidable rivals. On the Malay Peninsula, Temuan and Jakun aboriginal groups speak Malay as their home language but do not claim a ‘Malay’ identity.10

The lack of fit between language use and self-description needs particular emphasis for the three or four centuries before colonial rule. In the Archipelago world of sultanates—what Europeans were to call the ‘Indian Archipelago’ or ‘Malay Archipelago’—the Malay language was described by Europeans as a lingua franca and a “language of the learned” comparable with Latin or French in Europe. One writer of the late seventeenth century insisted that it was also used beyond the Archipelago “from the flow of the Indus, up to China and Japan”.11 According to the early eighteenth-century Dutch scholar Valentijn, however, the language was called not ‘Malay’ but ‘Jawi’, in its elite form, and ‘Kacukan’ (mixed language) or ‘Pasara’ (market language) when describing the day-to-day communication among commoners.11

Another descriptive term was ‘the language of below the wind’ (that is, the language of the countries which one could sail to from the west when the monsoon was blowing eastwards).11,12 Amin Sweeney, who has analysed carefully these European commentaries, has criticized modern scholars who take for granted that ‘Malays’ held a “monopoly on the Malay language”, any more than Romans did so over Latin. “Malay literature”, he insists, should not be seen as the “exclusive domain” of “ethnic Malays”.11,13

With respect to the Malaysia constitution’s mention of ‘Malay custom’, this is frequently portrayed as integral to ‘being Malay’. Custom or adat has been described, for instance, as “the collective mind of the Malay peoples”.14,15 But there seem to be different levels of custom, and different contents. A village has sometimes been described as being “united by a ‘secret code’, that of adat or custom”16, and it is said that every village “ ‘has its own’ accent, custom, personality and history”.16 The content of adat may also change over time.17

The issue of descent is not raised in the Malaysian constitution, but in other documentation from Malaysia there is confusion here as well. According to legislation in the state of Kedah, for instance, a person of Arab descent can be considered a ‘Malay’, but this is not the case in Johor.18 In the Cocos-Keeling Islands (now part of Australia), the majority of the members of the ‘Malay’ community appear to originate from Java, as seems to be the case with the Sri Lanka ‘Malays’. In the case of South Africa, one account suggests that there are more people in the ‘Cape Malay’ community with an Indian than an Archipelago background.19

Deciding just what is entailed in being ‘Malay’, and determining who should be included in that category, are questions of special concern for those people who have in recent decades been fostering an international ‘Malay’ movement. Prominent among these has been Ismail Hussein (the President of the Federation of the Association of National Writers in Malaysia), who regrets that the rise of nation states has led to what he sees as the “disintegration of the unity of an earlier era”.2 The promotion of a ‘Malay World’ (‘Dunia Melayu’) ethos, supported particularly by the nation state of Malaysia, has involved holding international cultural and networking conferences, and the establishing of an ‘International Malay Secretariat’.

But the scope of the ‘Malay World’ has remained somewhat vague.

For instance, although Ismail Hussein writes powerfully of the “unique individuality” and underlying unity of this “world”, he himself is frank in puzzling over what precisely are its constituent elements. At times he would appear to consider the Malay language the fundamental element of unity; at other points he refers expansively not just to the Philippines but also to Hawai’i, where in 1879 the Parliament discussed the prospects of uniting the ‘Malay-Polynesian’ peoples—a proposal Ismail presents as illustrative of “a cognizance of roots and primordial foundations” that transcends both national and religious boundaries.2

Such a vision of the ‘Malay’—and it is only one of many visions developed by proponents of the ‘Dunia Melayu’ movement—clearly goes far beyond the definition in the Malaysian constitution.