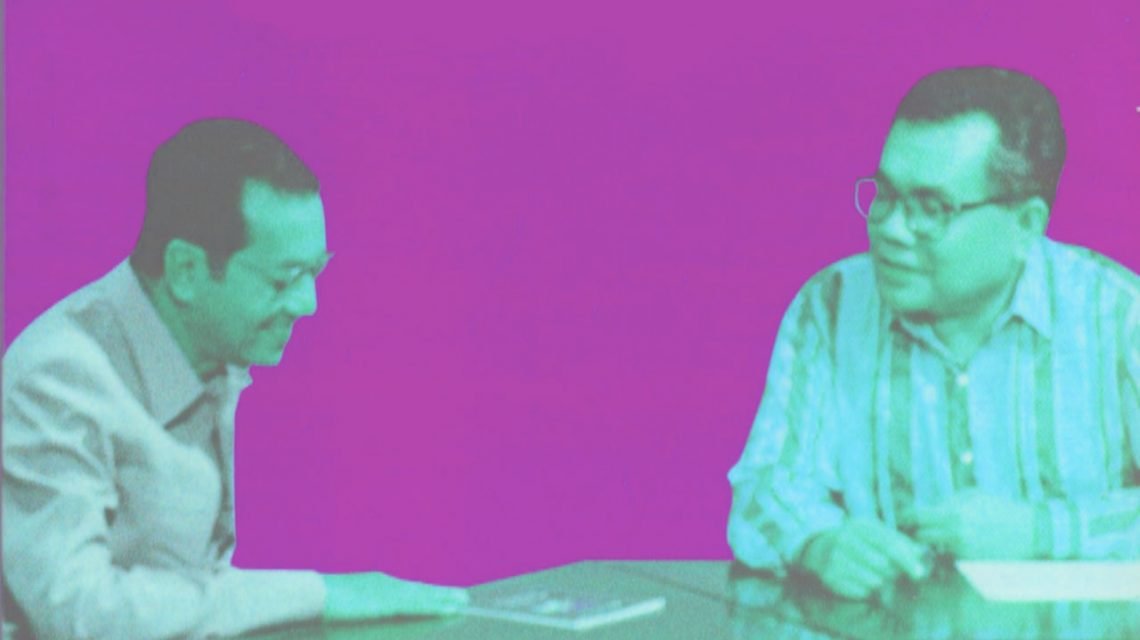 Rustam A. Sani, a scholar and an intellectual 23 April 2021 – Posted in: Newspaper Archives

He lived in the shadow of his famous father, Ahmad Sani Kecil, better known as Ahmad Boestamam. To the literary community he was Ruhi Hayat—poet, novelist, essayist.

He was a journalist with Utusan Melayu and later Warta Malaya but more importantly he was a nationalist and freedom fighter. He was imprisoned many times for his beliefs. Rustam Abdullah Sani, who used the name Rustam A. Sani, was brought up in a household where perjuangan (struggle) meant everything. He, his sister and their mother endured difficult times.

Rustam, born in August 1944, knew what his father stood for. In fact, his views were moulded by his father’s struggles. Understandably, he was attracted to politics.

His leftist leaning was no secret. He was involved with his father’s party, Parti Rakyat Malaya. But whatever principles he stood for, he was a fair man with a penchant for objectivity.

He had reasons to use his writings to pursue his political objectives, but Rustam knew the limits. He was an intellectual first, a politician last.

I should know better. When I was the chief editor of the Dewan Bahasa dan Pustaka’s stable of magazines back in 1988, I invited him to write for Dewan Masyarakat. His column, simply labeled “Pendapat” (Opinion) graced the pages of the monthly magazine for two years. He was one of the reasons why Dewan Masyarakat was a respectable publication in those days.

There were other popular columnists at the time, Hassan Ahmad, Shamsul Amri Baharuddin, Salleh Majid and Adam Kadir.

Rustam wrote about almost everything under the sun. I teased him on the word peloncoan which means ragging in one of the articles. Why use a word that probably less than a hundred people would understand? He said the magazine should be audacious enough to introduce new words and phrases. After all, there was no exact Malay word for ragging. And he was adamant, peloncoan or no article for the month.

The piece Peloncoan: Budaya Sesat Yang Berterusan came out in the September edition of the magazine in 1989.

Unfortunately, peloncoan was one of those Indonesian words that simply did not catch fire.

Rustam was then with Universiti Kebangsaan Malaysia, teaching at the Department of Political Science. He was instrumental in helping us to organise a roundtable discussion on the nation’s economy.

We engaged 13 scholars from the university, dubbed ‘The 13 Semurai’ by participants.

Rustam stopped writing for the magazine after I left DBP. When I joined the Utusan Melayu group in November 1992, I invited him to write for the daily paper Utusan Malaysia. We named his column “Sudut Pandangan” (Point of View). ‘ He was one of the best columnists we ever had. He had his followings.

There were times when I got his angry calls very early in the morning complaining that the meaning in a particular piece was lost in editing or something to that effect.

There were other arguments: he complained he was paid a pittance as a columnist. (That had not changed over the years). But on the whole, Rustam was critical but his eloquence and mastery of language camouflaged even his most brutal assessments.

Nevertheless, he irked many who found his writings too harsh and uncompromising.

There was this fixation with the former prime minister that I found intriguing. Tun Dr Mahathir Mohamad probably was a reader of Rustam’s column. And he had high respect for Dr Mahathir yet was critical of him and his policies. Dr Mahathir engaged him in dialogues and probably even had a series of discussions with him.

But 1998 changed everything. I lost my job, he lost his column. His last column appeared on July 15, a day after I left: We went separate ways. He was disturbed by what happened that year. He joined the reformasi movement and became one of the most articulate spokespersons for the cause.

Perhaps Dr Mahathir had always been in his system; little wonder that the last piece he wrote in his blog two days before he died was entitled Mahathir Lagi: Bilakah Akan Reda? (Mahathir Again: When Will It End?). He was still talking about the public interest in the man (perhaps his, too) and words and phrases like “combative”, “vintage Mahathir”, “dogged attitude” were used sparingly.

He was commenting on Dr Mahathir’sperformance on BBC’s Hardtalk recently. We used to meet at our favourite teh tarik joint in Petaling Jaya. But as time went by, we hardly saw each other. The last time we met, he was complaining that he had too little time to write about too many things that were happening.

He joked about his greying hair. Add a bit of grey, he told me, to indicate some semblance of wisdom. Long before blogging became chic, Rustam had his websites, Suara Rakyat and Karya Semasa. He would write about me in his blog, not necessarily pleasant things, but I would swiftly respond. Perhaps that was one way to keep in touch with each other. His wife, Rohani, whom I have known since our DBP days, would occasionally chip in.

Apparently old friendships are strengthened in the Internet era by such engagement.

Whenever we met I reminded him that he ought to write more poems. He was after all a poet of substance. Not particularly a productive one, but enough to assemble his own anthology, Riak-riak Kecil, published by DBP in 1977 and comprising 39 poems. But Rustam will be best remembered as a scholar and intellectual. His stints at the University of Malaya and Universiti Kebangsaan Malaysia solidified his academic credentials. But his writings will be his true legacy.

Two of his books to be launched today, Failed Nation?: Concerns of a Malaysian Nationalist and Social Roots of the Malay Left may not be part of the mainstream narrative of nation-building.

It might even create waves and invite condemnation. But Rustam would not want it any other way. He is a believer in the need for “mental hygiene” among the people. Being critical and tolerant towards criticism is the prerequisite of a civil society.

This article was first published in the News Straits Times dated 26 April 2008, three days after Rustam was passed away on 23 April 2008. Courtesy to Johan Jaaffar for the permission to republish this obituary in this blog.