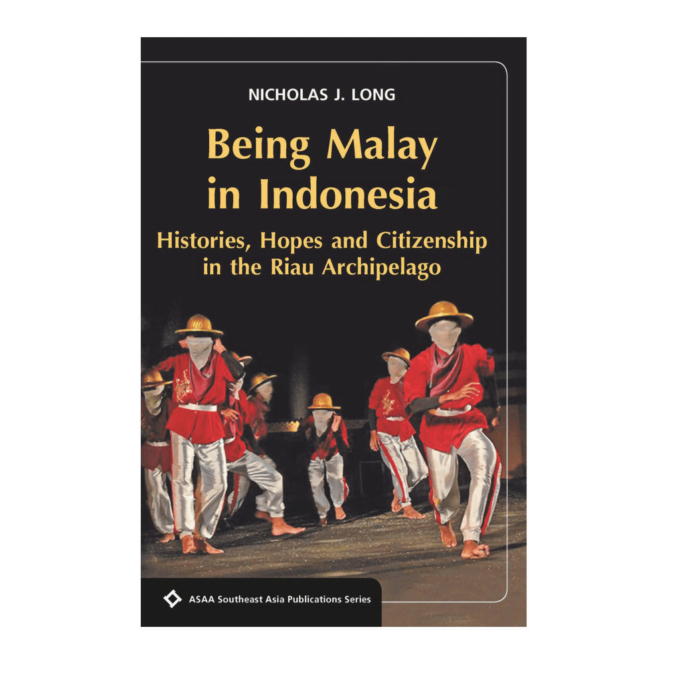 Being Malay in Indonesia: Histories, Hopes and Citizenship in the Riau Archipelago

Nicholas J. Long is Assistant Professor of Anthropology at the London School of Economics and Political Science.

In 1999, the people of Indonesia’s Riau Archipelago were angry. Resentful of decades of internal colonialism by Mainland Sumatra, and concerned that they lacked the education and skills to flourish in a globalised world, they dreamed of inhabiting a province of their own. When the post-authoritarian state committed itself to democracy and local autonomy, they lobbied vigorously and successfully for the region to be returned to its native Malay residents. Riau Islands Province was born in 2004. This book explores what happened next.

Living in a new province created for Malays forced Riau Islanders to engage with thorny questions over what it meant to be Malay and how to achieve the official goal of becoming globally competitive human resources. Putting nuanced ethnographic observations of life in the islands into a provocative dialogue with theorists ranging from Zizek to Sartre, this book explains how feelings of unsettledness and doubt came to permeate the province as a result of its very creation. Offering fresh perspectives on commerce, spirit beliefs, education and culture, Being Malay in Indonesiachallenges much of the received wisdom in the anthropology of Southeast Asia and makes a powerful case for the importance of feelings, sentiments and affect in studies of local development and political change.

“…Long’s study is a wonderful addition not only to the Indonesian studies, but to the anthropology of Southeast Asia more broadly.”
Ana Dragojlovic, Asia Institute, The University of Melbourne

“The book is a product of extensive research and the author’s theoretical insight into Riau islanders, and should be a valuable resource for students and scholars interested in ethnicity and development in the Malay archipelago and beyond.”
Hiroyuki Yamamoto, Kyoto University

“Long, however, has provided a good elaboration on the main question of “being Malay in Indonesia”, as well as on Malay histories and citizenship.”
Donny Eros, Busan University of Foreign Studies

“…written in a very clear manner that conveys the joys and frustrations of researchers everywhere [Long] has produced an excellent ethnographic survey of life far from the centres of power in early twenty-first century Indonesia.”
Timothy P. Barnard, National University of Singapore

“Vividly written and theoretically nuanced, this work is a welcome, important, and fascinating study for students of Indonesia and for anthropologists interested in the politics of subjectivity.”
Robert W. Hefner

“Long has given us much food for thought in our contemplation of ethnicity in marginal borderlands which have been subject to radical changes in politico-administrative arrangements. It is finely grained and stimulating ethnography at its best.”
Victor King

“…this engagingly written book is a most welcome addition to the literature on post-colonial development, subjectivity, Indonesia, and the Malay world, and clearly merits a broad readership.”
Michael Peletz