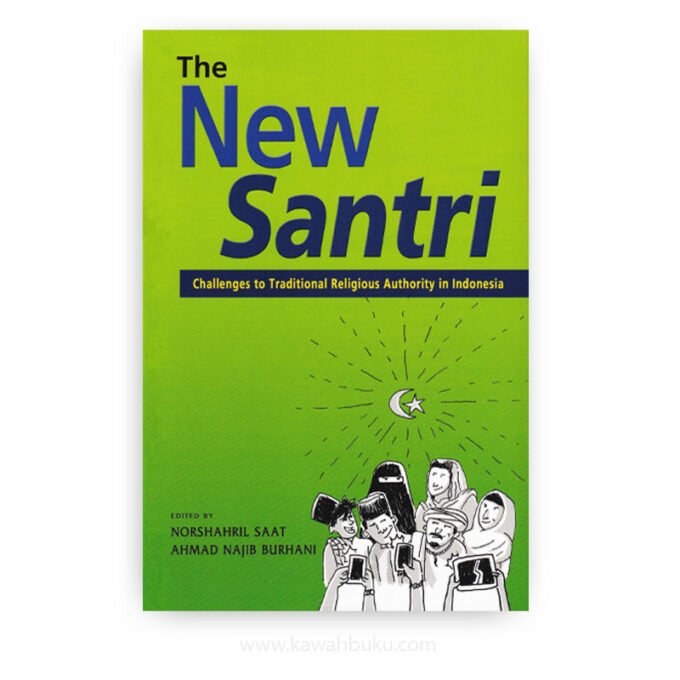 The New Santri: Challenges to Traditional Religious Authority in Indonesia

The New Santri: Challenges to Traditional Religious Authority in Indonesia discusses and analyses the construction, contestation, pluralization, fragmentation, and segmentation of religious authority in Indonesian Islam. How this authority was traditionally constructed and now re-constructed? Which religious groups currently have a strong influence in Indonesia? Who are the new actors who can shape the public discourse? How do these actors apply new media outlets such as Facebook, Twitter and Instagram? These are some of the questions, among others, addressed in this book.

The New Santri tackles issues drawn from recent episodes. The background of this book mostly comes from the recent dynamics of religiosity in Indonesian Islam: the transformation of Habib Rizieq Shihab from, using his own term “pembasmi hama” (pest eradicator) into “imam besar umat Islam” (highest religious authority in Indonesia Islam), the seemingly declining influence of Muhammadiyah and NU, the coming of transnational movements such as Hizbut Tahrir and Tablighi Jamaat, the rise of low-brow but populist preachers, the emergence of new santri, the humiliations of high-brow ulama like Quraish Shihab, Ahmad Syafi’i Maarif, and Ahmad Mustofa Bisri by laymen or ordinary people.

This is an important and timely volume that addresses the changing nature of Islamic leadership in the world’s most popular Muslim country. This book debunks many (mis)perceptions that Indonesian Islam is monolithic. It also redefines the dominant characterization of Islam by Orientalist scholars, such as santri and abangan Muslims.

3. “Being Authoritative But No Authority?” Muslim Religious Intellectuals in Shaping Indonesian Islam Discourse

9. Opposing Wahhabism: The Emergence of Ultra-Traditionalism in Contemporary Indonesia

10. Nurturing Religious Authority among Tablighi Jamaat in Indonesia: Going Out for Khuruj and Becoming Preacher

11. Religious Education, Sufi Brotherhood, and Religious Authority: A Case Study of the Sulaimaniyah

12. Pop and “True” Islam in Urban Pengajian: The Making of Religious Authority

13. The Rise of Cool Ustadz: Preaching, Subcultures, and the Pemuda Hijrah Movement

15. Santri, Cinema and the Exploratory Form of Authority in Traditionalist Muslim Indonesia

16. The Politics of Religious and Cultural Authority: Contestation and Co-existence of Sultanate and Islamic Movements in the Post-Suharto Yogyakarta and Ternate

17. Jihad Against the Ghazwul Fikri: Actors and Mobilization Strategies of the Islamic Underground Movement