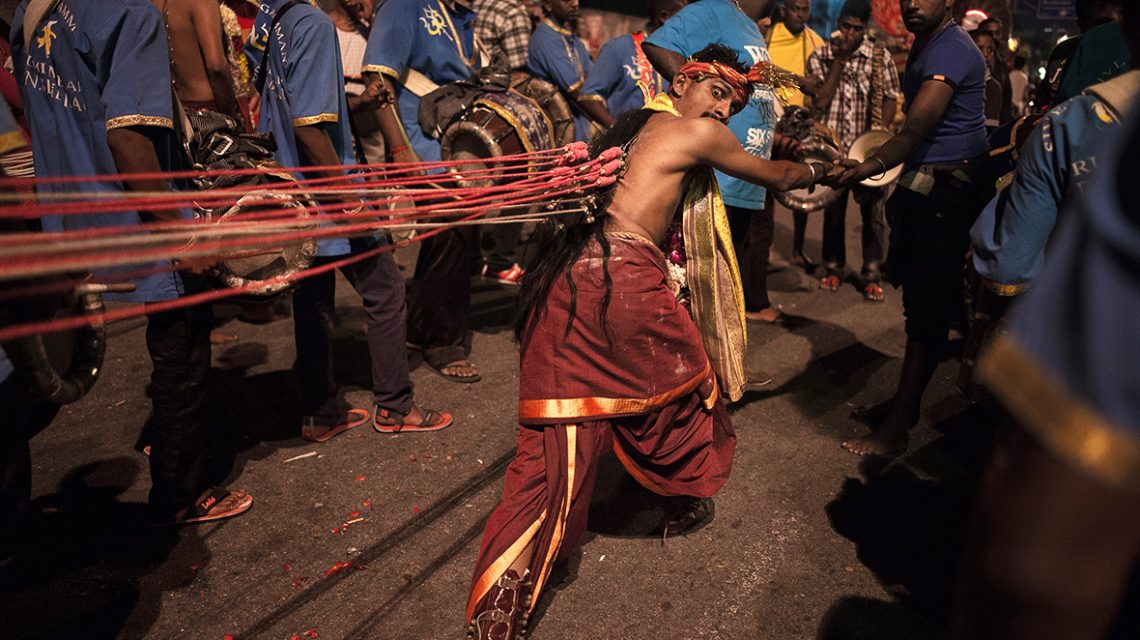 Indians in the Eyes of Non-Indians 22 December 2018 – Posted in: Book Excerpts

There are many derisive cultural and social stereotypes about Tamils. “Indians” are often at the receiving end of racist epitaphs describing them as hot-tempered, lazy, dirty, and dishonest people. The men are sometimes said to be drunkards, wife beaters, and braggarts caring little for their fellow Indians.

On numerous occasions, for example, while riding to Brickfields (an Indian enclave) in a taxi, the non-Indian drivers would warn me about Indians. One Malay driver told me that he would not even drive in an Indian area after a certain point in the evening because of the alleged dangers of intoxicated men lighting in the streets! The same driver tried to convince me, with all sincerity, to move to a Malay neighborhood for my own safety. In turn, Indians perceive themselves as the victims of “racism” fomented by the government, the police, and “extremist” elements within the Malay community.

Malaysian Chinese, I was told, teach their children obedience by telling them that if they are naughty the “Indian man” will take them away. One Chinese college student explained to me the origins of an anti-Indian bias.

Personally, in my Chinese upbringing, I have been taught from child. hood to distrust members of the Indian race. Indians are commonly believed to most Chinese families to be thieves and cheats. Logically, this does not make very much sense. This belief probably came into existence when some past ancestor got cheated by an Indian, and that distrust has been carried forward… as with many origins of prejudice… However unfair this kind of judgment may be, it is still in practice and does affect the upbringing of many children.

On the other side of the coin, Indians sometimes stereotype the Chinese as “greedy” racists and the Malays as “lazy” and “insecure” racists. Malay stereotypes of the overly assertive and discourteous Chinese, themselves appropriated colonial discourses, are also picked up by Tamils. Once again, colonial racial discourses continue to haunt the social interactions between the three main ethnic groups.

Non-Indian students also carried negative ethnic stereotypes about Indians. In carrying out an open-ended survey of over fifty college students, the majority being Chinese, the Indians were characterized almost without exception as being the “poor estate workers.” Some were sympathetic to historic injustices; however, most simply stated that Tamils were a “poor” race. Moreover, the understanding of Tamil religion and culture by non-Tamil students was clearly influenced by the stereotypes popularized by images of Thaipusam and, to some extent, Tamil movies.1

Politics apart, Malay attitudes towards the Indians have been shaped by a number of other factors which are largely related to the general behavior of the Indians, their occupations, their economic status, ethos, and even the colour of their skin. For example, the Malays (and indeed the Chinese, too) have formed certain unfavourable impressions about the Indians, who have often been seen to over-indulge themselves in the consumption of intoxicating drinks, especially toddy but often samsu as well. Until quite recent times, in many towns Indians could be seen frequently arguing noisily in toddy shops or staggering along the road in drunken stupor…

The larger proportion of the Indians in this country were employed to do menial jobs; they were gardeners, school caretakers, road sweepers, garbage collectors, and grass cutters. Because of their poverty and the colour of their skin, there has long prevailed the opinion that socially the Indians belong to the lowest strata of the Malaysian society.2

The stereotypes, in short, are not simply residual from earlier colonial discourses but are also based on stereotypical interpretations of contemporary Tamil cultural and social practices. These practices are most visible in urban ethnic enclaves. These “Little Indias” are where the marks of Indianness are reproduced.

1. Some wrote about how Tamils believe in spirit possession and many gods and were generally superstitious. Among non-Indians surveys, there were none sympathetic to Hinduism. Particularly strong anti-Hindu sentiments were common among Christians, both Chinese and Indian.
2. Khoo Kay Kim, 1993. “Malay Attitudes towards Indians.” In Indian Communities in Southeast Asia. K. S. Sandhu and A. Mani eds. Singapore: Institute of Southeast Asian Studies and Times Academic Press.

Andrew C. Willford is Associate Professor of Anthropology at Cornell University. He is also the author of Tamils and the Haunting of Justice: History and Recognition in Malaysia’s Plantations.