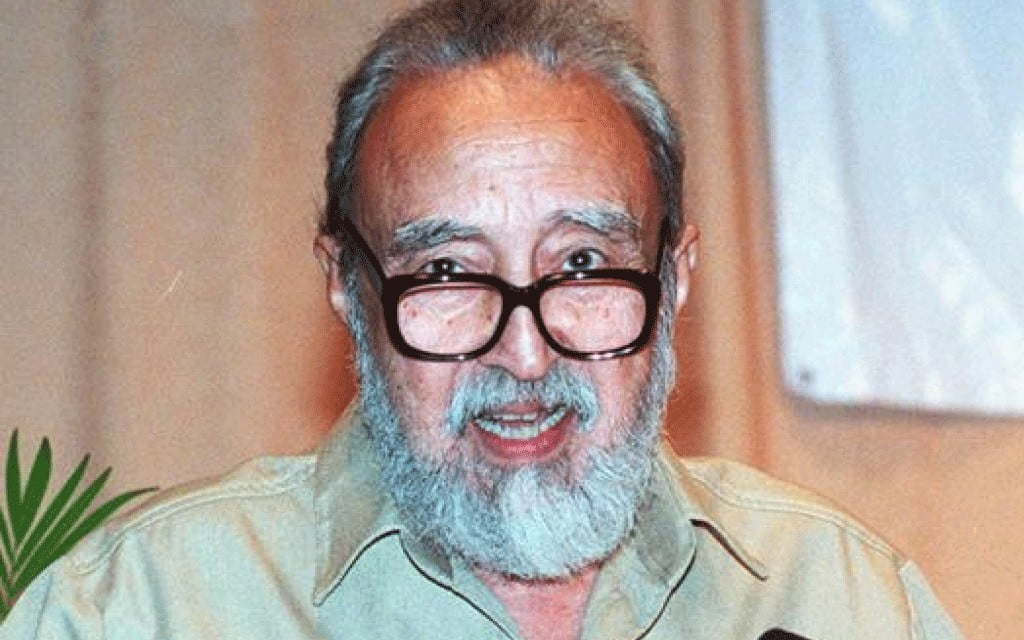 No observer of public affairs in a developing nation has been so indefatigable in the endeavour to expose stupidity and incompetence as Professor Syed Hussein Alatas. The errors he catalogues, the examples of mismanagement that he cites, and the waste of public funds for which he has compiled evidence have not wearied him; his indignation has been unquenchable. Over the years he has maintained a rate of analytical activity that cannot fail to astonish his readers in general nor challenge his colleagues in particular. Withal, it has not been a carping sort of criticism. Alatas’s oeuvre as a whole seems to be possessed of a buoyancy of spirit that cannot be dismissed as arising out of a jaundiced vision but must rather be attributed to a sincere concern for and commitment to better things.

Whose bright idea was it to purchase crockery in Kuala Lumpur to be transported at ludicrous expense for use in Cairo? Why was highly expensive naval equipment purchased but simple though critical maintenance not provided for? Why did the planning for new air force accommodations overlook the danger from existing high voltage transmission lines? Each reader will no doubt have a set of favourite stories to add. But it is Alatas’s concern not merely to document such gaffes nor simply to recount them for the entertainment of his readers; he seeks most earnestly to explain their cause(s) and to determine the remedy. This collection of essays will no doubt have its detractors. Its criticisms are sometimes strained and many might be deemed to be too close to the bone; it is sometimes obscure and sometimes whimsical. But it is never dull, and its attempts to elucidate the causes that lie beneath the surface phenomena deserve consideration.

“Mixed up priorities, unrelated bits of planning, and lack of clear and well-thought-out, long-term objectives have characterised many of the developing societies. The fundamental problem is the leading elites” (p. 90). Alatas makes an almost ritualistic attempt to deny the possible allegation that his is a reductionist approach, and it is possible to argue that he does assign the problems of developing societies to two or three causes. But it might almost have been better to have admitted the charge and to challenge other scholars to come up with alternative or supplementary analyses; for there is such a strong correlation among his explanatory variables that they might as well be regarded as one. Baldly put, Alatas argues that maladministration in developing nations is the result of their intellectuals not being effective, their society in general being unreceptive, and their ruling elites being indifferent (indeed that they prefer “bebalisma” to the intellectual effort to clarify problems). It is obvious that the three “causes” have much to do with each other and are not entirely self-standing. This in no way detracts from the analysis, however, and if other social thinkers come up with alternative explanations, the further enlightenment would be welcome.

The main burden of Alatas’s analysis, therefore, is that developing countries are being misgoverned because the powers that be have preferred muddling through to clarity and forethought in managing social and economic conditions. There is, to iterate the author, no power of anticipation, no capacity for “sustained and profound contextual appraisal of a problem”, no pleasure in discovery, no will to see the implications of any particular course of action, no debate over major social or economic programmes (such as industrialization)—worse of all, there is no appreciation whatsoever for these attributes and activities. This is the case, firstly, because there is no “functioning intellectual group” and no intellectual tradition; many brilliant individuals have left interesting insights but these have not been debated, let alone improved upon or adopted. The obvious candidate for such a community of reasoning men and women is, of course, the teaching profession.

As Alatas sees it, those in academia will not have an easy time of it even if they were so inclined. For the second and third factors affect them as well as the solution—the indifference of society at large and of the dominant elites in particular. As a result, intellectuals in a developing society are very much “superfluous men”, basically excluded from public affairs by politicians and bureaucrats and speaking, if at all, to the general incomprehension of society. There is perhaps no more poignant description of the loneliness of such a fate than this: “Occasionally they buy a book from abroad and become passive consumers of an intellectual world foreign to them. They do not create.” (p. 74) But Alatas does not believe in wallowing in self-pity and prescribes redoubled effort on the part of the academic community to prove their own “necessity”, to write, teach, and swim against the tide.

In every society, it is the intellectuals who must articulate its fundamental problems and thus prepare for the solutions. But an intellectual community cannot operate in a vacuum; it needs the “right atmosphere” and the “complex of sensibilities, attitudes and knowledge” that constitute such an atmosphere. A society in transition, such as all developing societies are, generally lacks the appreciation for the new philosophical framework demanded by the new conditions of life. Such a society is unable to respond to its intellectuals and depends almost entirely on its leadership. This leads to the question, are the dominant elites part of the problem or are they part of the solution. Do they have the “will and sincerity of purpose to develop their societies”? Do they possess the necessary wisdom to distinguish between increase in the national income and “overall progress, progress with the appropriate spread”? Do they listen to the intellectuals or do they prefer the counsel of “bebalians” and “fools”?

The implied answer in this collection of essays to the problem that it addresses—how to improve the governance of developing nations—is not indeed that philosophers should become kings or vice versa but, what is more practical, that leaders should listen to intellectuals, in the manner of the eighteenth-century despots consulting the philosophes, or better yet of party cadres adhering to the injunctions of their ideologues. It may disturb some to contemplate the fact that Alatas’s preferred states are those which have managed “revolutions from above”. Most intellectuals in history, however, have at some time or other experienced the temptation, as Carlyle put it, to “gag the fools and establish Truth as despotic fact”. It is clear where the author’s preferences lie: he considers absolute freedom an encumbrance from a distant planet, believes that political freedom exists in sufficient latitude for intellectuals to develop, and would opt for total solutions such as can only be achieved by that seductive combination of intellectuals with a determined and forceful leadership. There may be those who prefer piecemeal solutions, or who (despite themselves) have less faith in the ability of intellectuals to formulate overall solutions. These critics will find in Professor Alatas an engaging interlocutor in the ensuing debate.