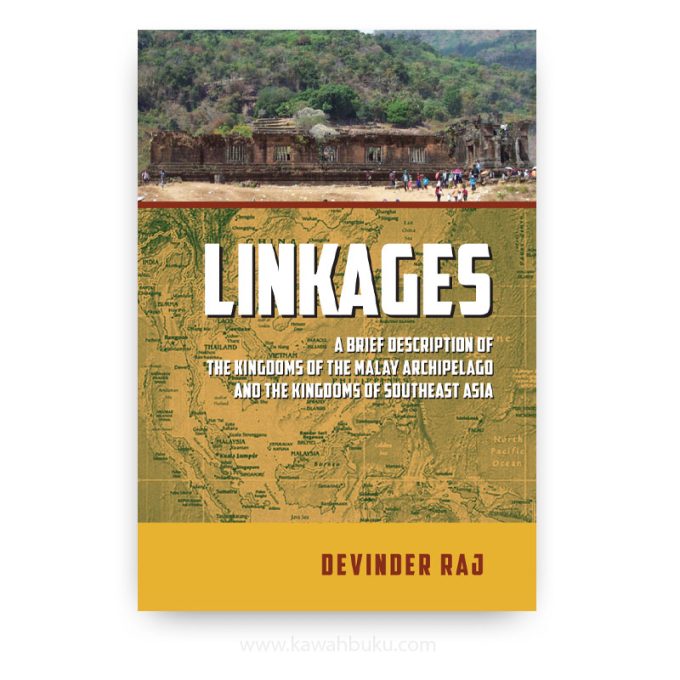 DEVINDER RAJ is a graduate of Universiti Malaya and has worked as teacher, an English Language officer at the Ministry of Education, at the British Council in Kuala Lumpur, the Beijing INTI Management College and also volunteered at the National University of Laos.

Linkages: A Brief Description of the Kingdoms of the Malay Archipelago and the Kingdoms of Southeast Asia provides a brief description of the early linkages between the major kingdoms of Southeast Asia and their counterparts of the Malay Archipelago—henceforth, the Malay kingdoms. George Coedés, a renowned French scholar of the history and archaeology of Southeast Asia, states that “from Indianisation was born a series of kingdoms that in the beginning were true Indian states: Cambodia, Champa, and the small states of the Malay Peninsula; the kingdoms of Sumatra, Java, and Bali; and, finally, Burmese and Thai kingdoms, which received Indian culture from the Mons and Khmers. Through reaction with the indigenous substratum, however, each of these developed according to its own genius, although their cultures never lost the family resemblance that they owed to their common origin.”

The year in which Indian sailors first reached the Malay kingdoms is unknown because these early voyages were never recorded exactly, but there are references to them in Indian fables and holy texts. Their main purpose for traveling to Southeast Asia was commercial in nature, one which entailed a search for gold and spices. At that time, India had lost its principal source of gold, which used to come from Siberia by caravan. K.R. Hall writes that due to internal disturbances in the Central Asian steppes, its caravan routes no longer provided gold from Siberian deposits.

India (it should be noted that while the concept of the nation-state did not exist yet, much less a singular ruler who exerted full political control over the subcontinent, we shall refer to the region as such) had to find another source. The Indians may have been aware of Ptolemy’s “Golden Chersonese”, and vague references to an island of gold (Suvarnadipa) associated with Sumatra and the Malay Peninsula. With Indians travelling to this region, over the years links were established with the kingdoms of Southeast Asia.

One reason why there are very few written documents concerning Southeast Asian history is that its early inhabitants did not develop a strong literary or historical tradition with which to record their past in forms other than myth. When such stories were written, personal names were not used; rather, the titles of the rulers instead, and many records were inscribed on palm leaves only to be mostly destroyed by the humid climate, insects or natural calamities such as floods and volcanic eruptions. Therefore, much of the information of these early kingdoms comes from Chinese rather than native sources.

Reasons for traveling to Southeast Asia

Rough timelines of the major kingdoms of Southeast Asia