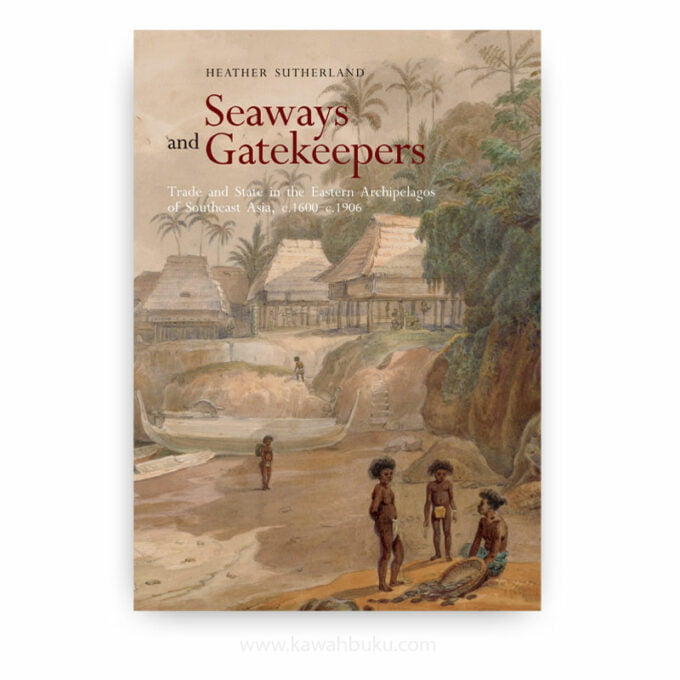 Seaways and Gatekeepers: Trade and State in the Eastern Archipelagos of Southeast Asia, c.1600–c.1906

Seaways and Gatekeepers: Trade and State in the Eastern Archipelagos of Southeast Asia, c.1600–c.1906 explores the trade activities and how trading provides the integrating framework for local and regional histories that cover more than 300 years, from the late 16th century to the beginning of the 20th, when new technologies and changing markets signalled Western dominance. The eastern archipelagos stretch from Mindanao and Sulu in the north to Bali in the southwest and New Guinea in the southeast. Many of their inhabitants are regarded as “people without history”, while colonial borders cut across shared underlying patterns. Yet many of these societies were linked to trans-oceanic trading systems for millennia. Indeed, some of the world’s most prized commodities once came from territories which were either “stateless” or under the very tenuous control of loosely structured polities. Although individual regimes sought to control traffic, exchange between trans-regional or even trans-oceanic shippers and local communities was often direct, without mediation by overarching authorities.

This book is both ambitious and cautious, according to the author. The ambition was born of necessity. While working on the history of an east Indonesian port city, Makassar, the author had been first impressed by the systematic documentation of its trade, and then shocked to realise how little she knew about the wider region. This was a water-centred world, as broad as the entire Mediterranean, yet it harboured a mere handful of states. These were, most notably, the seafaring Sultanates of the Southern Philippines, the riverine polities of East Borneo, the spice-trading kingdoms of Ternate and Tidore, powerful Makassar on Southwest Sulawesi (the Celebes) and Bali’s Indian-influenced realms. But much smaller, yet often complex societies were more typical of the region: apparently isolated beachfront settlements, raiders’ strongholds and coastal rajadoms. These centres, large and small, connected fishing communities, inland foragers and shifting cultivators to exchange systems stretching as far as Europe, India, China and Japan.

The author became intrigued by the enduring paradoxes between separation and connection, between exchange and autonomy, and between low levels of political organisation and ties to transoceanic commercial networks. Despite the diversity of scholarly categorisation, and the borders imposed by colonial regimes, the author also wanted to illuminate the common underlying patterns that extended from the Sulu to Timor Seas. At the same time, the author sought to convey a sense of the specific characters of individual islands and settings.

Caution was imperative. While there were a handful of excellent pioneering studies of individual regions, most histories barely mention the places considered here. If they were named, they were usually plucked out of context and presented as anonymous suppliers of spices, fragrant timbers and pepper to contending European fleets. But it was not just the scarcity of sources that gave me pause. The author was also uneasy with the conventional conceptual vocabulary. Moreover, the usual themes in the historical grand narrative of maritime Southeast Asia—state formation, the rise and fall of regimes, the transformative role of European trade—seemed too abstract and dismissive of the local agency.

This combination of ambition and caution led the author to divide the book into two sections. The first, Foundations, traces the geographic, economic and political patterns which constituted a deeply rooted sub-stratum knitting this extensive region together. These synchronic chapters provide the basis for the cautious part two, Glimpsed Histories. The author seemed to tread carefully here. Although she emphasizes the trading ties and political alliances that connected diverse regions into shifting clusters, the author tries to give politically unincorporated societies their due share of attention. Trade rather than the state is the central motif. The resulting story is one of adaptation, opportunities grasped and lost, and of tenuous but very resilient webs within wider systems. But it is all very incomplete: local perspectives are extremely rare. Rather than forcibly merging these Glimpsed Histories into one explicit theme the author has deliberately chosen to leave the fragments where they lie. The results may be jagged, but a little uncertainty is preferable to a misleading homogenisation which could preclude promising avenues of enquiry.

Connectivity is central to this story. Interlocking chains of exchange also carried cultural and political information. The chronological chapters in part two open with brief overviews of distant yet relevant events. In some cases, generalisations are buttressed by suggestions of further reading; if these became too long, the author simply refers to the bibliography, giving the author’s surname and short title. A forthcoming monograph on the history of Makassar (c.1600—2018) by the author and a collection of essays on the city’s representation should provide further context.