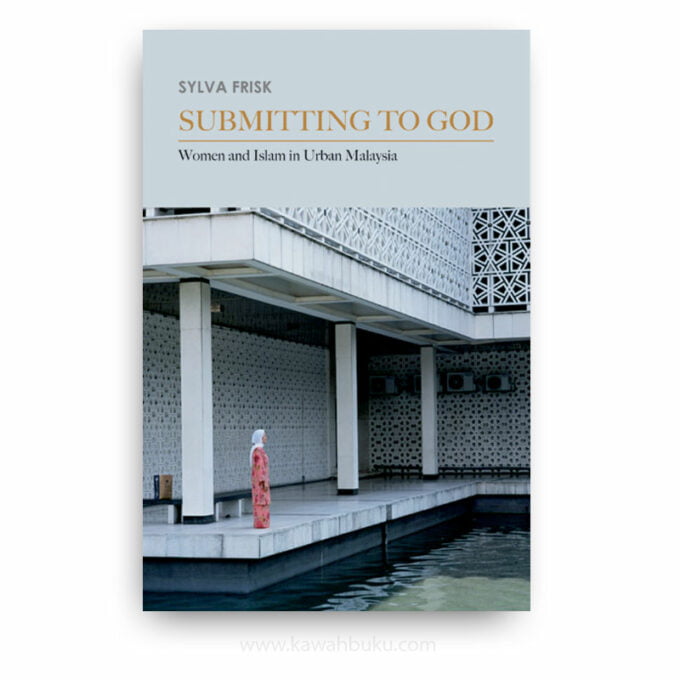 Submitting to God: Women and Islam in Urban Malaysia

SYLVA FRISK is a lecturer at the School of Global Studies at Gothenburg University in Sweden, teaching social anthropology and Asian Studies, and is Director of Studies for its Master Programme in Global Studies.

Submitting to God: Women and Islam in Urban Malaysia provides refreshing insight into how Muslim women actively craft their role in a religion seen as dominated by men. The book is based on fieldwork conducted from 1995 to 1996 in Malaysia as well as later visits. The author attended religious courses that were organized and attended by middle-class, educated Malay women, mostly in mosques of the suburbs of Kuala Lumpur, Malaysia’s capital city. The author also visited her subjects in their homes and attended informal religious activities.

Sylva Frisk’s ethnography of middle-class Muslim women in Malaysia seeks to challenge some commonplace ideas relating to the agency of women in Islam. By examining the religious ideas and practices of orthodox Malay women in Kuala Lumpur in their quest to improve their understanding of their religion, Frisk hopes to undermine the notion of ‘agency as resistance’, particularly in relation to patriarchy, and ‘instead presents the pious women of this study as agents’ who find their agency through ‘active submission’ to the received tenets of Islam.

Frisk’s focus on largely orthodox Muslim women is an important contribution to the literature on Muslim women in Southeast Asia, and especially Malaysia. Whereas discussions about Muslim women in Malaysia often lead to the work of the Muslim feminist organization Sisters in Islam, Frisk describes for us the world of orthodox women from the politically dominant Malay ethnic group, whose views have been less well described in the academic literature. Her account of their practices is almost entirely emic, in line with her goal of understanding them ‘in these women’s own terms’.

Drawing principally on fieldwork conducted in 1995 and 1996, but informed by visits to Kuala Lumpur through to recent years, Frisk’s descriptions of these women are divided into four chapters which treat different aspects of the women’s relationship with Islam. The first of these chapters looks at the ways in which women have created spaces for learning more about Islamic texts, including making use of space within mosques. This chapter is followed by an examination of the women’s relationship with the ‘five pillars of Islam’, which includes the declaration of faith, fasting during Ramadan, the giving of tithes, prayer, and undertaking the hajj.

Tensions between notions of authentic and syncretic Islam are addressed in her chapter on how women engage in
urban group rituals such as weddings, before finally describing orthodox Islam’s impact on their relationships with men. Among the things that come through in Frisk’s text is how a number of women turned to Islam in an attempt to find some missing meaning in their lives or after being affected by physical or personal misfortunes. ‘Aisha’, for example, after suffering mistreatment by her husband, turned to Islam, where she ‘found comfort and strength’.

It seems that by placing ‘her life totally in the hands of God’ and accepting outcomes as ‘God’s will’, Aisha
was able to construct her subjectivity in a way that was more self-affirming and not as someone who was solely the victim of an unkind husband. Those considering using Frisk’s text to teach in both Western and Muslim contexts will be able to generate vibrant discussion over one consequence of Aisha’s submission to Islam. Frisk notes that her submission to God led Aisha to make a ‘logical decision’: Aisha decided to allow her husband to take a second wife with whom he might have the son Aisha was unable to bear and which seemed to be a cause for bullying by her mother-in-law.

Likewise able to provoke discussion is the worried reaction of a Muslim woman described in chapter 3 when a (non-Muslim) Chinese stall-holder greeted her with the Arabic phrase ‘Assalamualaikum‘ (peace be upon you), which is in common use among Muslims in Malaysia. The woman in question gave the customary reply of ‘Waalaikumsalam‘ (and peace be upon you), but was concerned that she had done the wrong thing by responding to a non-Muslim in this way. Contrary to the norm in Arab states, a religious teacher she later asked advised her that in future she should not respond in that way and advised instead that if a non-Muslim were to greet her that way again, ‘a Muslim should just say “Good morning”‘.

Those acquainted with Malaysia will be able to see in the above story some of the ethno-politics of the country, wherein Muslim-Malay ethno-nationalists seek to assert political superiority through various practices that exclude non-Muslim/non-Malays. Although Frisk flags this ethno-political context for her readers, she deliberately side-steps discussion of it, and other issues such as debates over polygamy, in order to achieve her objective of crafting a view of Malay middle-class women’s Islam from within. And, on the terms that Frisk sets for the book, Submitting to God: Women and Islam in Urban Malaysia succeeds in giving readers a thoughtful, well-observed, and sympathetic insight into the worldview of mainstream Muslim Malay women in urban Malaysia.

4. Religious duties and acts of worship