Kawah Buku > Biography and Autobiography > The King’s Chinese: From Barber to Banker, the Story of Yeap Chor Ee and the Straits Chinese 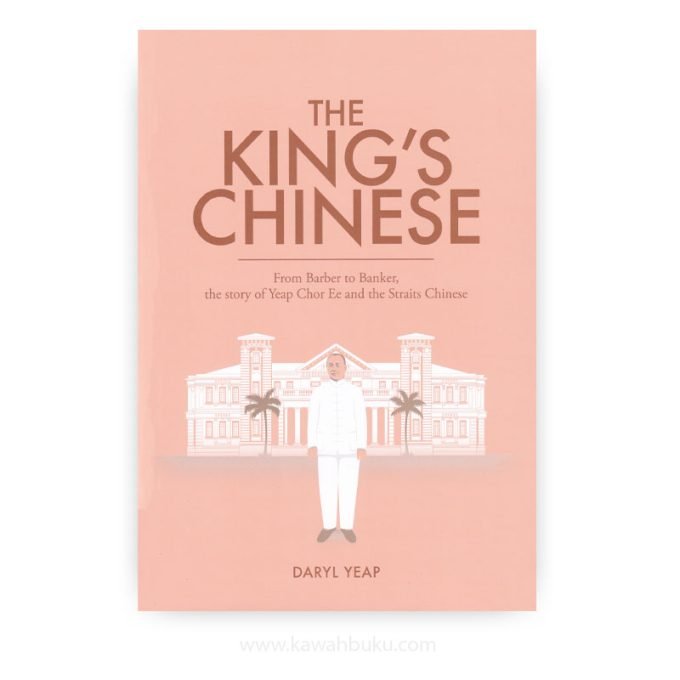 The King’s Chinese: From Barber to Banker, the Story of Yeap Chor Ee and the Straits Chinese

DARYL YEAP is the great-granddaughter of Yeap Chor Ee, which after a career in finance and banking, return to Malaysia to work for the family business and established the House of Yeap Chor Ee in Penang.

The King’s Chinese: From Barber to Banker, the Story of Yeap Chor Ee and the Straits Chinese provides interesting vignettes of Yeap’s life in the contexts of southern China and the Nanyang, drawing on family records, written and oral history sources and personal visits to ancestral homes. These are a useful supplement to other historical and biographical studies of the Chinese community in Penang. Yeap Chor Ee (1868–1952) was not Straits-born. He was a subject of the Ch’ing emperor, a Hokkien from Amoy/Xiamen in Fukien/Fujian province, who migrated to Penang, Straits Settlements, under the jurisdiction of Queen Victoria’s colonial governor, and he lived through her reign and those of her successors, Kings Edward VII, George V, Edward VIII and George VI. As Yeap progressed “from barber to banker”, he was assimilated into the Peranakan culture of Penang, where he built his banking business and purchased a magnificent mansion, “Homestead”.

CHAPTER 2 Cinderella of the Straits Settlements

CHAPTER 3 A Not So Fortunate Beginning

CHAPTER 6 In the Land of Eternal Summer

CHAPTER 7 Men and Women at Work

CHAPTER 8 A Chop for a Shop

CHAPTER 9 Drink Tea and be Married

CHAPTER 13 A Case for Merriment

CHAPTER 15 The Spoils of War