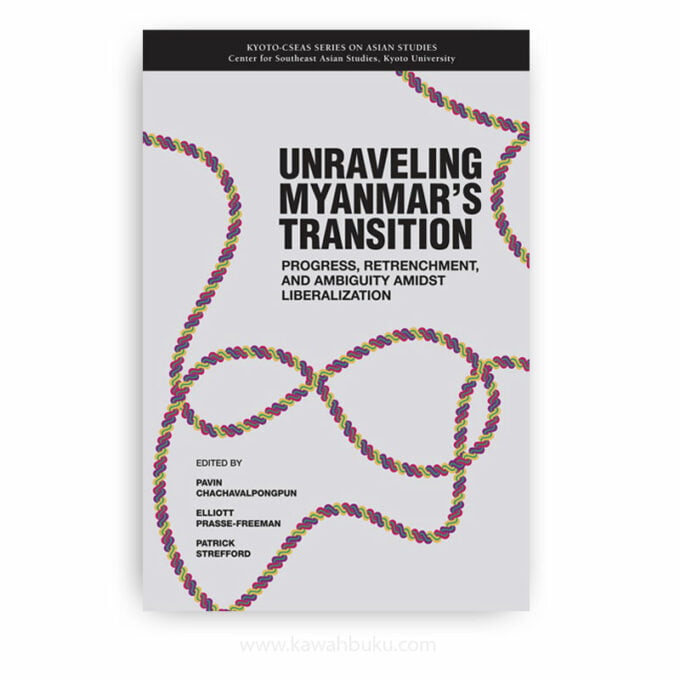 Unraveling Myanmar’s Transition: Progress, Retrenchment and Ambiguity Amidst Liberalization bring unique perspectives and methodologies to bear to unravel Myanmar’s tangled challenges with unconventional approaches and analytical rigor to address a fundamental question: is Myanmar itself unraveling?. The optimism provoked by Myanmar’s political reforms in 2011-2012 has now given way to a sense that the uneven nature of change in this nation of 54 million has lead to instability and uncertainty.

The liberalization of critical sectors and expansion of certain freedoms—such as political and legal opportunities for expression and mobilization – contrasts with the entrenchment of structural problems. It becomes ever more difficult to tackle ethnic marginalization and conflict, over-dependence on natural resource extraction, inadequate public services, and problems of under-capacity in the civilian bureaucracy. The result is the build-up of a toxic environment in which classism, racism, and bigotry threaten to rend Myanmar’s already delicate social fabric.

This volume contains some important chapters on the perpetual issues in contemporary Myanmar, such as on civil-military relations, foreign policy, Buddhism, aspects of the polity and economy, but it also includes works on current issues, such as the environment and extractive industries, urban real estate, ethnic education, the capacity of foreign assistance, and on motherhood and women’s labour among the Rohingya. As a whole, it offers important perspectives (both more traditional and contemporary) on society and some of the issues that the new administration will have to confront. It is thus a welcome addition to the burgeoning literature on that important country.

The title of the volume includes the term “transition”, and as the opening chapter indicates, the volume has witnessed the maturation of some of the anticipated transition issues, their potential, but at the same time it “critiques the concept of transition simultaneously.” That seminal chapter transcends the rather jejune, journalistic connotations (and often foreign policy statements) of an inevitable transition from some beginning to an end, especially a positive political result. Rather, the authors regard it as a “discursive context,” which is an important step in the analytical thinking on Myanmar’s future. It allows for more nuanced considerations of the ramifications of policy choice and outcomes.

This is wise, for the challenges that any new regime in Naypyitaw will have to face will be multiple, daunting, and interconnected—internal socio-economic, ethnic, and political factors influencing each other but also interacting with foreign problems at both regional and international levels. These are likely to be compounded by intrusive and traditional cultural concepts of power and authority chat may be in variance with contemporary, sometimes idealized, international standards of governance and the role of the military in modern societies. This work explores some of these issues.

Unraveling Myanmar’s Transition, then, is a concrete result of the increased accessibility of scholarly inquiry on Myanmar, but it also is a harbinger of the sophisticated paths that future scholarship on that country will take. This is an important volume. It is for the serious observer of the Myanmar scene and for those who formulate policies towards that country.

SECTION ONE: THE POLITICAL LANDSCAPE

SECTION TWO: THE CHALLENGE OF THE POLITICAL ECONOMY

Chapter 4
The Structure of Myanmar’s Corporate and Financial System: Growth Challenges since the 1990s

Chapter 5
Urban Real Estate and the Financial System in Myanmar