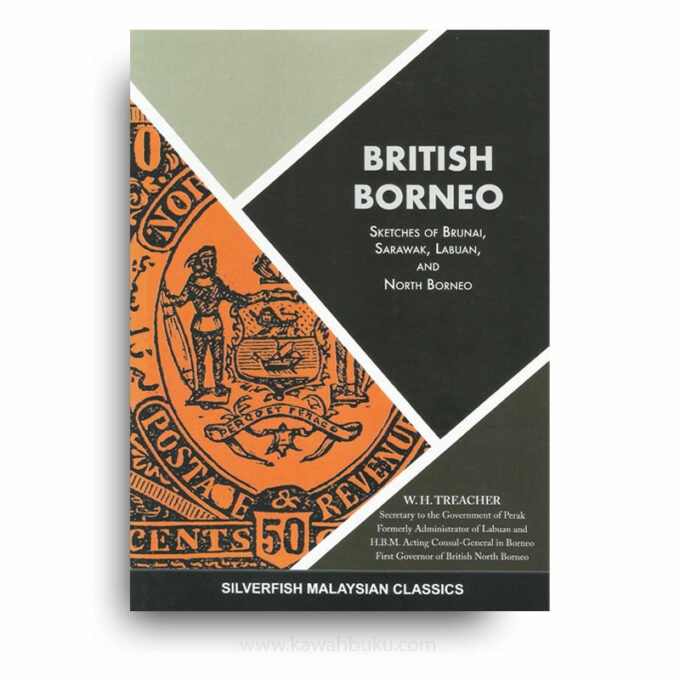 WILLIAM HOOD TREACHER (b. 1849 – d. 1919) was the Secretary to the Government of Perak, and former Administrator of Labuan and H.B.M. Acting Consul-General in Borneo, and First Governor of British North Borneo.

British Borneo: Sketches of Brunai, Sarawak, Labuan and North Borneo by Sir William Hood Treacher narrates how the Britsh Borneo was established comprised the four northern parts of the island of Borneo, which are now the country of Brunei, two Malaysian states of Sabah and Sarawak, and the Malaysian federal territory of Labuan in the late 19th century. In 1670, Charles II granted to the Hudson’s Bay Company a Charter of Incorporation, His Majesty delegating to the Company actual sovereignty over a very large portion of British North America, and assigning to them the exclusive monopoly of trade and mining in the territory.

Writing in 1869, William Forsyth says, “I have endeavoured to give an account of the constitution and history of the last of the great proprietary companies of England, to whom a kind of delegated authority was granted by the Crown. It was by some of these that distant Colonies were founded, and one, the most powerful of them all, established our Empire in the East and held the sceptre of the Great Mogul. But they have passed away and the Hudson’s Bay Company will be no exception to the rule. It may continue to exist as a Trading Company, but as a Territorial Power it must make up its mind to fold its (buffalo) robes round it and die with dignity.”

Prophesying is hazardous work. In November 1881, two hundred and eleven years after the Hudson’s Bay Charter, and twelve years after the date of Forsyth article, Queen Victoria granted a Charter of Incorporation to the British North Borneo Company, which, by confirming the grants and concessions acquired from the Sultans of Brunei and Sulu, constitutes the Company the sovereign ruler over a territory of 31,000 square miles, and, as the permission to trade, included in the Charter, has not been taken advantage of, the British North Borneo Company now does actually exist “as a Territorial Power” and not “as a Trading Company.”

By the terms of its Charter, the British North Borneo Company is prohibited from creating trade monopolies, and of its own accord it has decided not to engage itself in trading transactions at all, and as Raja Brooke‘s Government is similar to that of a British Crown Colony, and the Dutch Government no longer encourage monopolies, there is good ground for believing that the wrong was done is being righted and that a brighter page than ever is now being opened for Borneo and its natives.