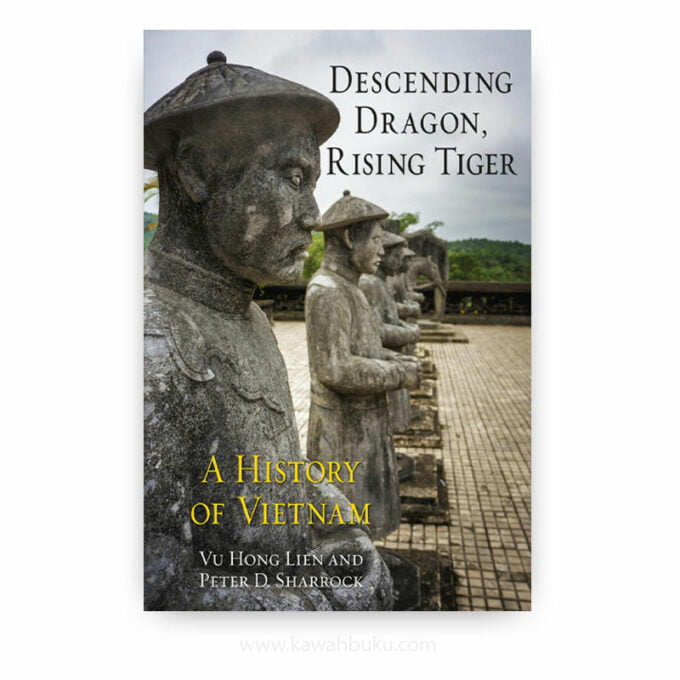 PETER D. SHARROCK is Senior Teaching Fellow in the History of Art and Archeology at the School of Oriental and African Studies, University of London.

VU HONG LIEN is a Vietnamese-British historian and a guest lecturer at the School of Oriental and African Studies, University of London.

Descending Dragon, Rising Tiger: A History of Vietnam is a chronological narrative of the political history of Vietnam, stretching from its prehistory to the end of the Vietnam-American War in 1975, terminating with an epilogue on postwar developments in Vietnam to the present. Unshackled from the confined histories of outsiders, imperial invaders and occupiers, the history of Vietnam is revealed as central to the cultural, political and ethnic development of Southeast Asia over the past millennia. Historians writing about Vietnam have defined the country as either a ragged Chinese subordinate aspiring to a full ‘Chinese’ way of life, or as a rebel Chinese province defined entirely by its shaky relationship to its looming neighbour. Yet archaeological evidence now shows culturally distinct and technologically sophisticated human occupation in the region from 8,000 to 10,000 years ago.

Vietnam emerged as a southern extension of the great civilization of China for 1,000 years, and then went its own way for a millennium, evolving into a distinct, cultivated and powerful East-Southeast Asian hybrid whose human and technological resources eventually led to the domination of all its neighbours to the south. A legendary, nationalistic account of the history, whose exotic narratives are recorded here as they are known to all modern Vietnamese, was constructed to enhance a national identity centuries after the separation from the great northern power at the end of the first millennium. The legend underplays Chinese influence and asserts a prehistoric Viét identity long suppressed by a foreign occupier. The thin historical data from the prehistoric period does little to support this view. What we recognize today as the vivid and distinct Vietnamese life and culture was at every level and in every field, the result of a fusion of the formidable civilization of the great East Asian Central Kingdom with a vigorous, indigenous, but historically hardly recorded Metal Age culture of the Red River Delta.

The current and pervasive nationalist reading of the history of the Viét people covering 4,000 years of prehistory is mentioned periodically in our narrative as a legendary account. It then assesses the depth of Chinese influence on many aspects of Vietnamese life and supports recent scholarly claims that situate the key period of fusion of Chinese and indigenous language into the distinctive hybrid Vietnamese to the end of the first millennium. Finally, it evaluates the new colours taken on by the young dragon that straddled East and Southeast Asia cultures, as it descended and absorbed Cham and Khmer cultures and French colonialism.