Kawah Buku > History > Southeast Asia > Leaves of the Same Tree: Trade and Ethnicity in the Straits of Melaka 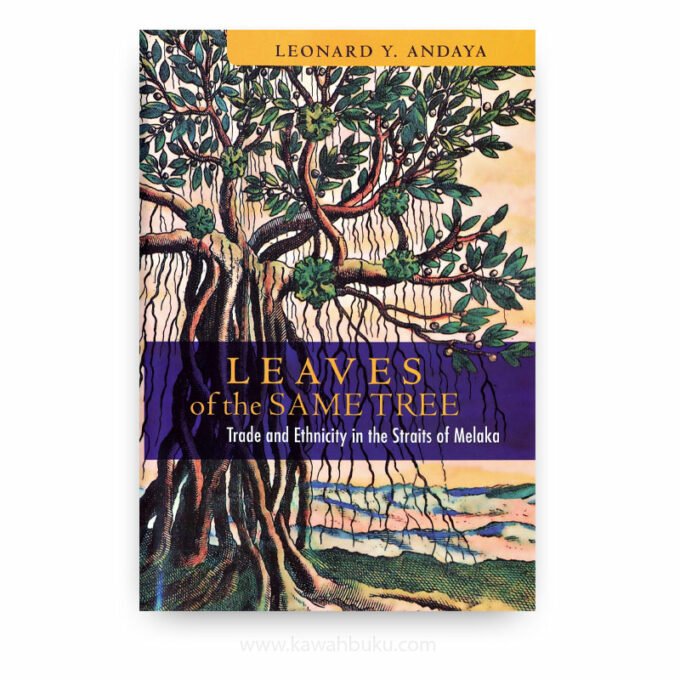 Leaves of the Same Tree: Trade and Ethnicity in the Straits of Melaka

LEONARD Y. ANDAYA is Professor of Southeast Asian history at the University of Hawaii.

Leaves of the Same Tree: Trade and Ethnicity in the Straits of Melaka demonstrates how problematizing ethnicity can offer a more nuanced view of ethnic relations in a region that boasts one of the greatest diversities of language and culture in the world. Creative and challenging, the book uncovers many new questions that promise to revitalize and reorient the historiography of Southeast Asia. Drawing upon rich empirical data and three decades of scholarship, the author persuasively illustrates that historians can examine ethnicity not only as a subject in itself but also as an analytical tool to understand Southeast Asia’s complex past. This exciting work has important implications, not only for a historical understanding of ethnic identity in the archipelago over the past two thousand years, but also for our view of contemporary ethnic politics and conflicts.

In this work, which combines both classic historical-archival research and innovative theoretical analysis, the author highlights two important concepts regarding ethnic identity. First, the formation of ethnic identity is a dynamic and ongoing process. Second, ethnic group boundaries are porous, fluid, and constantly adapting to change. The author illustrates this dynamic process by tracing the history of ethnic formation, focusing on the role of trade as a stimulus to this process. According to the author, some groups saw “the value of detaching themselves from larger ethnicity to form smaller and more effective units, whereas others saw great advantage in becoming affiliated with larger ethnic groups”. The history of this region and the myriad of peoples of the area make it an ideal “testing ground” to capture the “dynamism of the process of ethnic formation”.

The author’s work builds on the existing literature in the social sciences on ethnic boundaries and formation, which he eloquently summarizes in the first chapter. It is interesting to note that, in the humanities, this is a relatively new subject of analysis. The author, therefore, makes a critical contribution to bridging this gap in his field, while further expanding the existing social science literature with his nuanced historical data. Debate in the study of ethnicity ranges front a primordialist stance on ethnicity—the view of ethnic identity as natural and innate—to a situationalist, circumstanstialist, instrumentalist or constructivist stance. The author straddles the middle ground in this debate. His project, drawing on the work of Joel Kahn, is to understand the social processes and historical circumstances that produce these different identities. Rather than focusing on the principles that create a particular ethnic identity, the emphasis is on understanding the “contingent nature of ethnic identity” and the “fluidity of its manifestation”.

Leaves of the Same Tree is an impressive attempt to theorize about ethnicity, which pushes historians to rethink their views on ethnic identity and politics, and cautions against the use of contemporary categories to understand past relationships. In turn, this work has important implications for how we think about contemporary ethnic politics and conflicts. First, it provides evidence that ethnicity is constantly changing, speaking against primordialist views on ethnicity and the kind of rights claims associated with such views. Second, it shows the importance of understanding ethnic identity within a broader context. In rethinking ethnic identity, we get a better understanding not only of the ethnic formation but also of the economics, politics, and cultures of the region.

1. Malayu Antecedents
2. Emergence of Malayu
3. Ethnicization of the Minangkabau
4. From Malayuto Aceh
5. The Batak Malayu
6. The Orang Laut andthe Malayu
7. The Orang Asli/Suku Terasing and the Malayu

Conclusion: Framing the Southeast Asian Past in Ethnic Terms