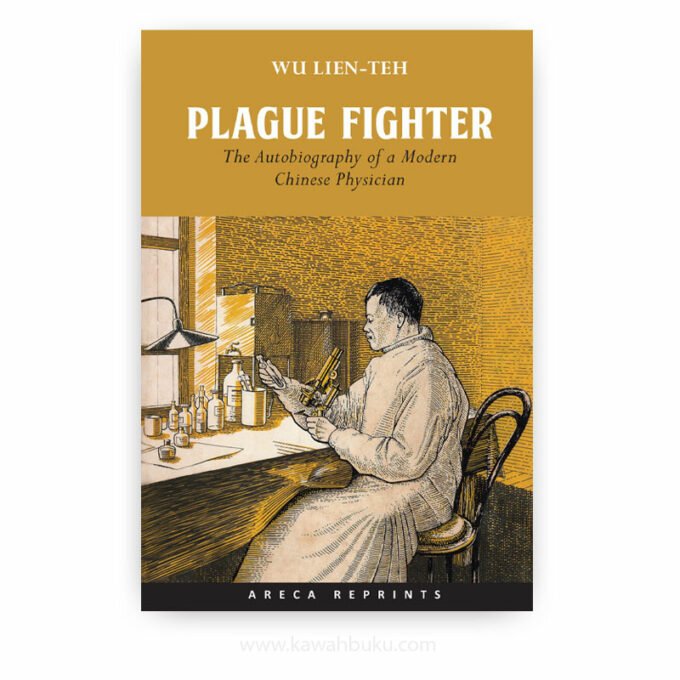 Plague Fighter: The Autobiography of a Modern Chinese Physician

WU LIEN-TEH (b. 1879 – d. 1960) was a Malayan physician renowned for his work in public health, particularly the Manchurian plague of 1910–11. He was the first medical student of Chinese descent to study at the University of Cambridge. He was also the first Malayan nominated for the Nobel Prize in Physiology or Medicine, in 1935.

Plague Fighter: The Autobiography of a Modern Chinese Physician tells the story of an epidemic affecting China from 1910 to 1911, and a great public health activist and doctor extraordinaire, Dr Wu Lien-Teh. Dr Wu, or rather the author, hailed from Penang, where he was educated at the Penang Free School before winning a Queen’s Scholarship to Cambridge. He established the Anti-Opium Society in Malaya, challenging the British colonial government and powerful business interests that shamelessly profited from the harmful drug. He also set up the Anti-Racism Society to expose the racial discrimination in the colonial government’s employment policy and public services.

The author’s name became known around the world when he played a crucial role in successfully stemming the deadly outbreak of the ‘Manchurian Plague‘ that had claimed over 60,000 lives in northern China. Working out of Harbin, he became an unprecedented authority on the pneumonic plague, serving with the then League of Nations Health Organisation which evolved subsequently into the World Health Organisation. Yet for all his achievements, this great hero was nearly forgotten. Thanks to the City of Harbin, the University of Harbin, and Harbin’s medical fraternity, his global legacy has been preserved and revived. Ironically, with the COVID-19 pandemic, Dr Wu Lien-Teh is once again being remembered internationally as the inventor of the earliest iteration of the N-95 mask, which was used during the Manchurian Plague.

This book of memoirs is rather different from the average biography in that the reader is confronted in the first four chapters with a description of plague conditions in Manchuria when the name of the writer was first brought before the notice of the world. Largely because of that event, the author was able to begin his long years of anti-plague, health, medical and social welfare work as well as other lines of activities with perhaps less difficulty than would have been anticipated in a conservative old country like China.

It will be noticed that this autobiography covers a rather wide field, and may interest persons residing in various countries who may have at one time or another come into contact with the author or heard of his work. Such readers may comprise not only research workers in science and medicine but also personalities in political, educational, religious and sociological aspects of life in certain countries of both the eastern and western hemispheres, particularly Britain, the U.S.A., China, Japan, India, Pakistan, Taiwan and Malaya. A great many of the men and women mentioned in this book might already have passed on, but it is hoped that the memories of those who have directly or indirectly helped to build up the career of the writer and thus contributed to the success of his work during the past seventy years may be retained.

The old China, to which the author had devoted the best part of his life, from the later days of the Manchu dynasty through the formative years of the Chinese Republic until the collapse of the Kuomintang regime, is still fresh in the minds of many, and it is hoped that the ascendency of the new Chinese Peoples’ Government may result in the continued happiness and prosperity of that great country, which in the course of its 4000 to 5000 years of history has seen so many triumphs and vicissitudes before achieving its present status in this ever-changing world.

Appendix A
List of the delegates attending the International Plague Conference, Mukden, April 3, 1911