Kawah Buku > History > Social and Cultural > Reclaiming the Conversation: Islamic Intellectual Tradition in the Malay Archipelago
Out of stock 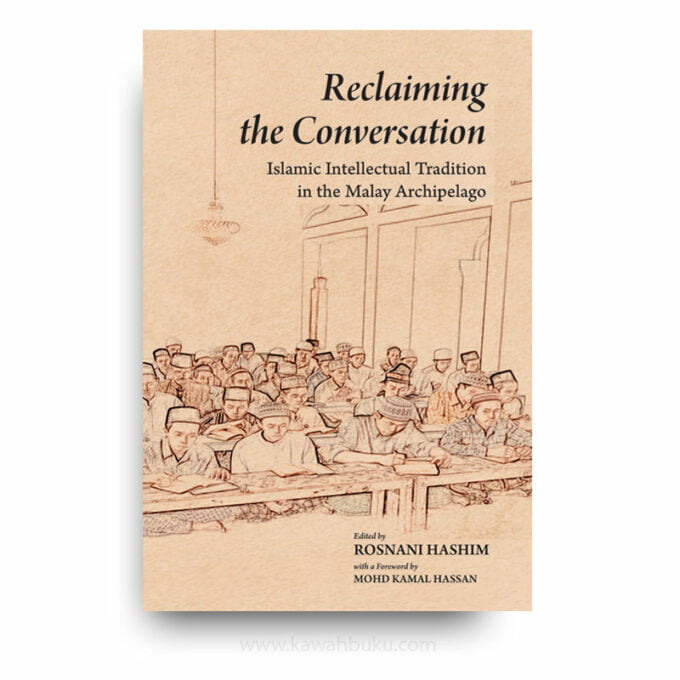 Reclaiming the Conversation: Islamic Intellectual Tradition in the Malay Archipelago

The Other Press (First Published, 2010)
288 pages including Bibliography and Index

Chapters have been arranged in the historical context of the lives of the reviewed Muslim intellectuals to underscore the rationale for their concerns, inclinations, and nature of writings. The colonization of Malaya and Indonesia and the subjugation of southern Thailand have led the eleven scholars to be conscious of the need to resolve the maladies and challenges of those territories through knowledge and education. The scholars discussed in the book can be divided into two groups, the traditionalists and the modernists. The traditionalists were known as the Old Guards (Kaum Tua), namely Shaykh Daud al-Fatani, Shaykh Abd al-Samad al-Palembani, and Munshi Abdullah. They were conservative and were concerned with the development of an Islamic education system based on a traditional curriculum. The remaining scholars are modernists or the Young Turks (Kaum Muda) who were concerned with integrating Western and Islamic education to produce balanced and skilled Muslim professionals.

Influenced by the islāḥ movement of Abduh and Afghani, the modern scholars aimed to change their society through different means including education, publication, and involvement in social organizations. The book is significant as it sheds light on some of the prominent intellectuals who have contributed to developing Islamic education and its educational institutions in the Malay world. Islamic education was introduced in the Malay Archipelago with the spread of Islam in the eleventh century. This later developed into a system of Islamic education in the forms of pondok and madrasah.

Each author determines the focus of the discussion according to the strengths of the scholar. However, a weakness of the book is the lack of a clear and standardized structure in providing biographical information about each scholar whose contributions were analyzed. On a positive note, the chapters analyze the direct and indirect contributions made by the scholars toward the cause of Muslim and Islamic education in the Malay Archipelago. Although the discussions offer criticisms of the scholars’ works for favoring Western science, Reclaiming the Conversation: Islamic Intellectual Tradition in the Malay Archipelago tends to draw on the positive contributions made by the scholars.